These Companies Will Do the Beekeeping For You - Modern Farmer
Animals, Environment

These Companies Will Do the Beekeeping For You

Maintaining a beehive can be tricky and time-consuming, but these companies make it easy—and enjoyable—to participate in an act of environmental stewardship. 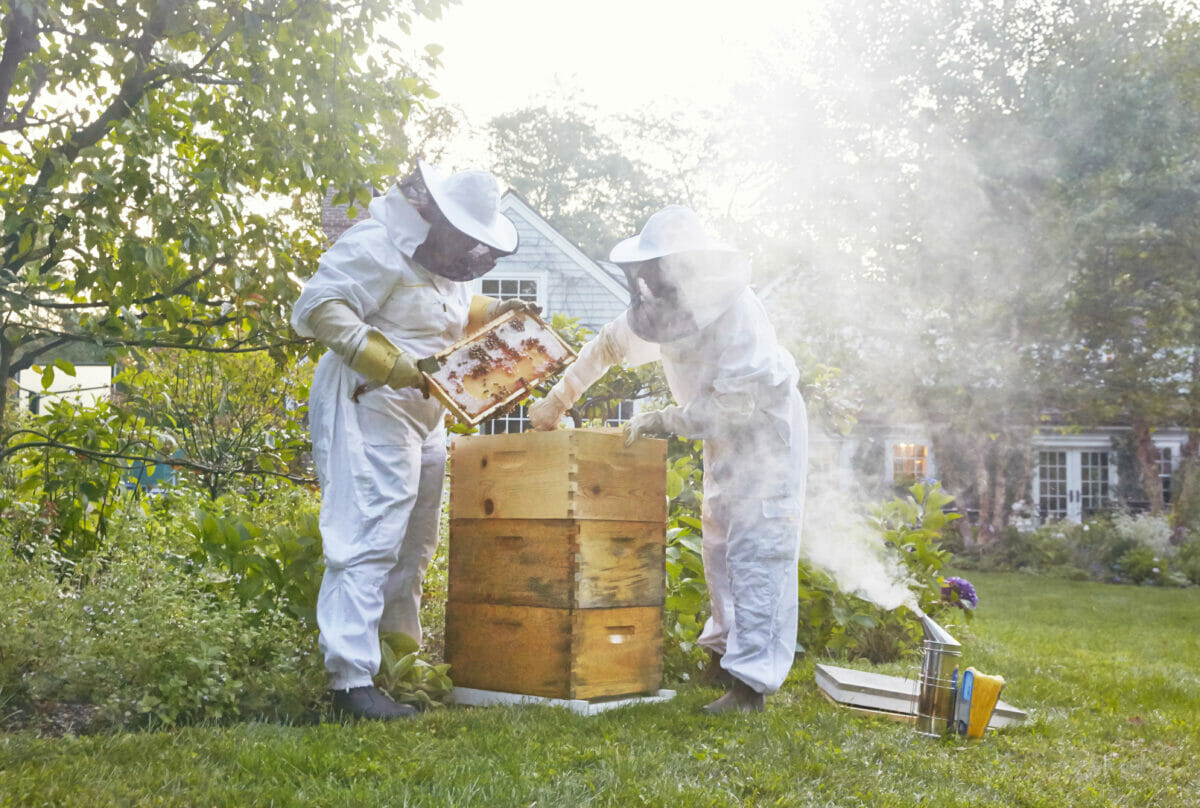 Picture yourself relaxing in your yard; maybe you’re dining alfresco, reading a book or simply taking a five-minute work break. You watch honeybees flit around before flying back to a beehive. Sounds dreamy, right? The daydream is a reality for those with honey hives.

“They are wonderful to have on the property,” says Cassy Pickard, who has two beehives on her land in Massachusetts. “My garden has been incredibly improved by having the honeybees.”

Beekeeping has become increasingly popular, especially in urban areas. According to the Agricultural Marketing Resource Center, there are anywhere from 115,000 to 125,000 beekeepers in the US. However, that number doesn’t include beekeepers with less than five hives, which past data suggests may add an additional 80,000 beekeepers.

Yet, Pickard is not one of them. Her beehives are managed professionally by Best Bees, one of the oldest residential and commercial beekeeping companies. “They take care of the bees, they feed them for the winter; they’re really just fantastic,” says Pickard.

[RELATED: How to Keep Bees]

Starting and maintaining a beehive can be tricky. They require continuous care and maintenance. That’s where companies such as Best Bees and others, such as the Wisconsin-based Kinni Bees and Buddha Bee Apiary in North Carolina come in.

The services, which range in price but average at about $100 to $200 per month (not including the initial installation of the beehive), come with a guaranteed amount of honey per year, although not all of it may come from your hive.

“Most of the people who sign up aren’t in it for the honey. That’s a fun piece for them, but it’s often more about getting to connect with the natural environment in a really unique way,” says Alfredo Salkeld of Buddha Bee Apiary. “Some of the people who sign up want to become beekeepers, some just love watching the bees or want their kids to understand the importance of pollinators.”

You don’t need a huge outdoor space for a beehive. Some of the companies have installed hives on balconies. What’s most important is that you have an area that gets good sunlight and a place where the beehives can live without too much commotion. No letting your kids or dogs knock over the hive.

Pickard, who has both a dog and grandkids, says she hasn’t had any issue with the bees. Not only are they gentle, she says, but they’ve become a part of all of their lives.

“I believe philosophically that it’s very important to create sustainable living in a multitude of ways and honeybees are part of that,” Pickard says.

Honeybees and other pollinators are responsible for at least a third of our food supply, yet they’re in decline. According to the National Colony Loss and Management Survey, between April 2019 and April 2020 alone, beekeepers reported losing nearly 44 percent of their colonies.

Justin Maness, the founder of Buddha Bee, was doing field research on the effects of pesticides on bees when he came up with the idea for the company.

“The thinking was if more people could witness the challenges and the magic of bees, we could make an impact,” says Salkeld.

Like Buddha Bee, Best Bees and Kinni Bees have a strong desire to improve the health of pollinators. For Best Bees, that starts with research, which the nearly 12-year-old company has a lot of.

“Science is really limited in the ability to actually measure and quantify the health of native pollinators in a given area,” says Best Bees beekeeper and sales manager Sam Jennings. “By utilizing honeybees as an indicator species, we can start to draw some conclusions and then when we work with our research partners, we can layer in additional information specific to habitat roam time, what is available forage for bees and more.” 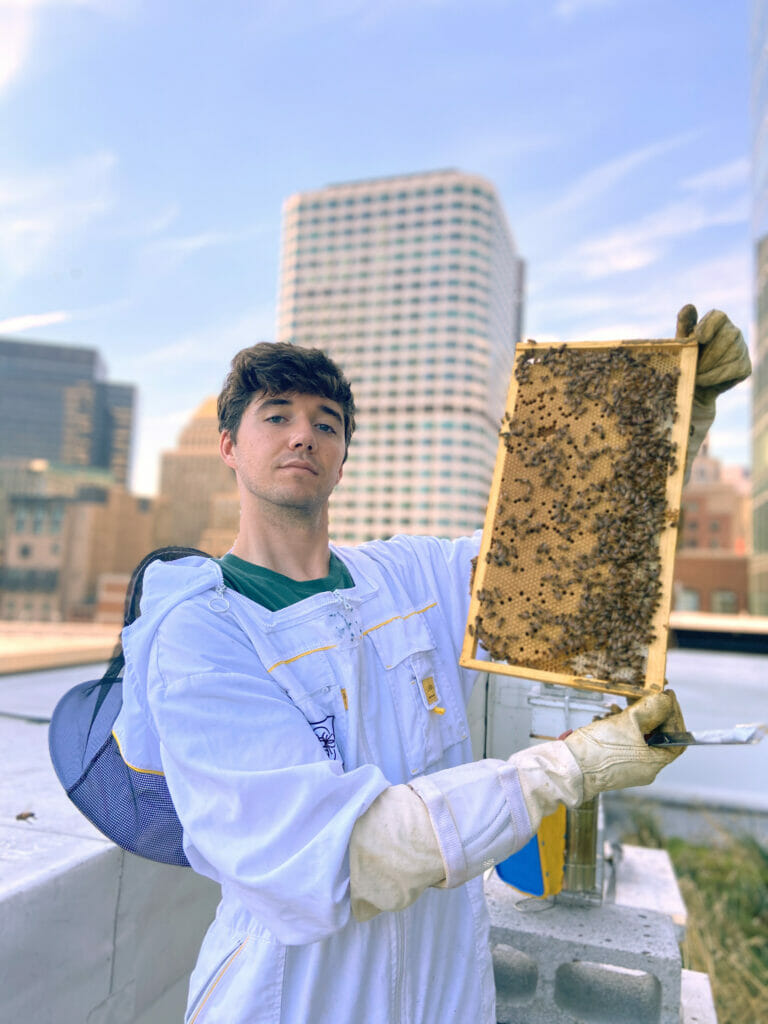 Pollinator health is a significant problem, and people, including beekeepers, are coming at it from different angles. In Wisconsin, Kinni Bees, which is in its second year of managing residential hives, sees its hives as a way to strengthen the genome of bees.

“Having the hives in different locations exposes the bees to different genomes within the bee colony itself,” Mike James of Kinni Bees says. “Our goal is over several years to have a genome in our bees that can survive the Varroa mites [a parasite that attacks and feeds on honey bees]. And that rather than spend time cooling the hive or warming the hive, because it’s insulated, the bees will spend time grooming each other, actually taking the Varroa mites off of each other.”

For Pickard and others with managed hives, though, the magic is in watching the bees. “My grandchildren will hold their arms out and the honeybees will land on them and they talk to them,” she says.