Growing native grasses as cattle forage is an example of working lands conservation—balancing human use of the land with conservation goals. 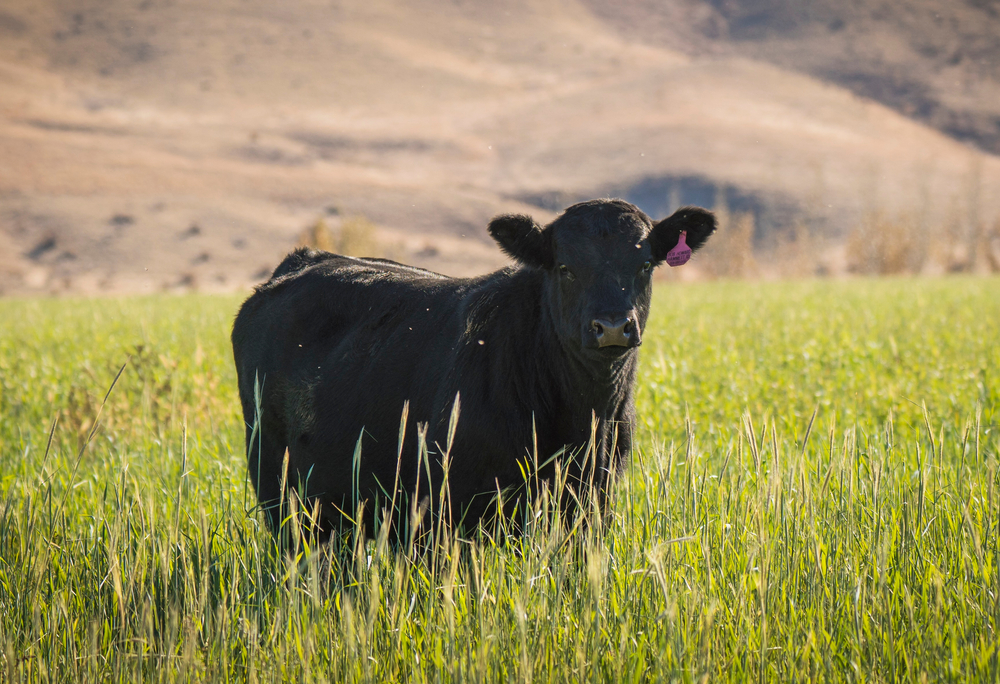 Native grasses are not only good for cows, but entire ecosystems.
Photography by GypsyPictureShow, Shutterstock.
Share
Tweet
Pin
Email

Early on a cool June morning, heavy dew lies on the grass of rolling farm country somewhere in Tennessee, or Missouri or Pennsylvania. Small patches of fog hang in low lying pockets of these fields. In the distance, hardworking farmers are starting their day. Farm equipment clangs, tractors roar to life and voices lining out the day’s work drift on the air.

This pastoral scene is repeated thousands of times each morning across rural America. But something is missing: the exuberant “Bob bob white!” call of the bobwhite quail that for generations was the soundtrack to summer mornings. Once abundant across the eastern US, bobwhite populations have declined by 85 percent. Calculations suggest that the remaining population could be cut in half within the next decade.

Many other grassland birds, such as grasshopper sparrows and eastern meadowlarks, also are disappearing at an alarming rate. Taken together, grassland birds have experienced the worst population declines among all North American birds.

Why is this happening? In a word, habitat. Native grasslands in the US, especially those east of the Great Plains, which once covered millions of acres, have almost completely disappeared. Some have been converted to croplands. Others have been allowed to grow back up into forests, where shade from the tree canopy prevents the growth of these grasses. 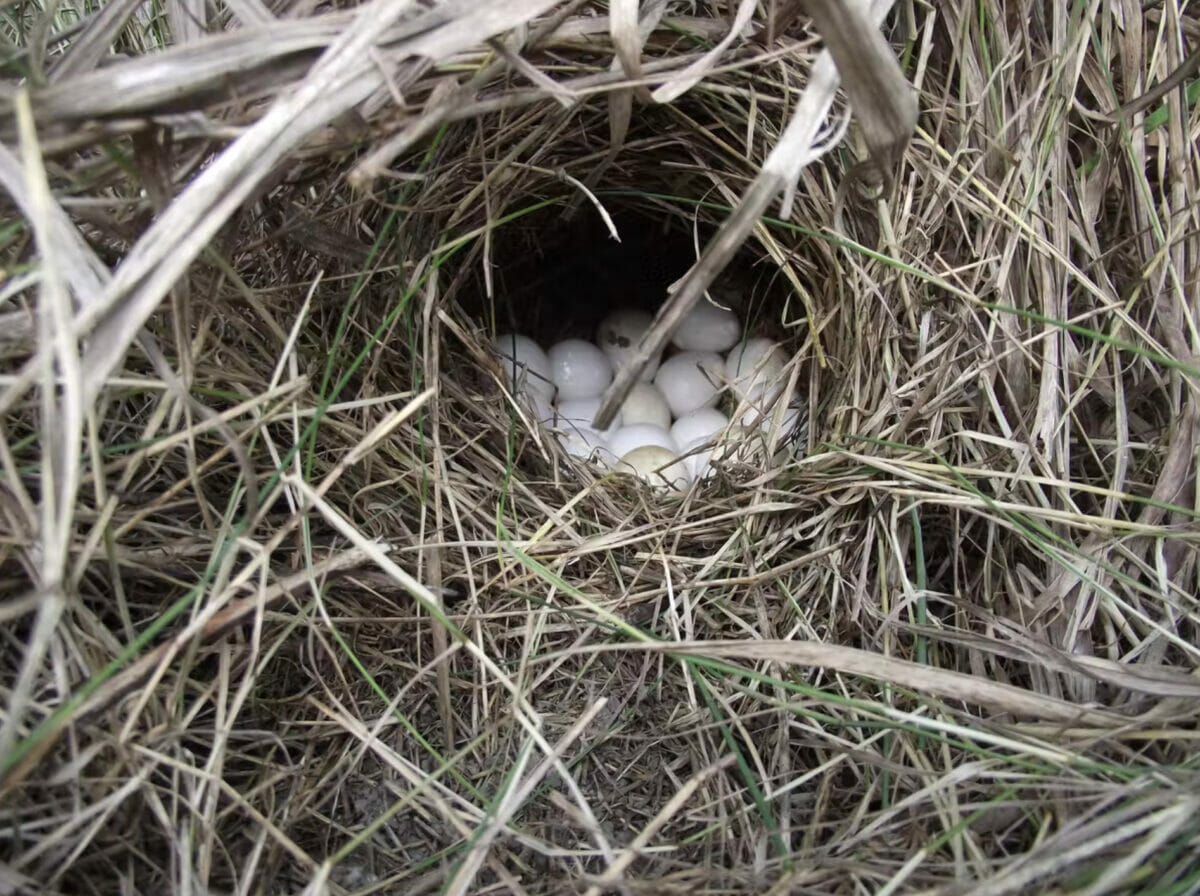 Still others have been planted with grasses that are native to Europe, Africa or Asia. These introduced grasses tend to be shorter than our tall, native species and grow in dense, solid mats that cover the ground. Native species, on the other hand, are bunchgrasses: They grow in clumps, with spaces between plants that benefit many of these nesting birds, especially the bobwhite.

Native grasses for birds, and cattle

One solution to these declines draws on the concept of working lands conservation—making agricultural lands productive not only for cattle, but also for declining species such as grassland birds. One compelling opportunity for such an approach is using some of the native grasses that have been lost from the eastern US to provide pasture for cattle. Reintroducing these grasses to farms could benefit cattle farmers as well as birds. My new book, Native Grass Forages for the Eastern US, explains why and how these grasses can fit into working farms.

I have combined my research on native grasses over the past 15 years at the University of Tennessee Institute of Agriculture with the work of many other scientists that has accumulated over the past 100 years. Collectively, this research suggests that native grasses can not only be brought back but can play a strategic role on our farms today.

Growing forages requires fertilizer, diesel and seed, all of which are becoming more expensive. At the same time, climate change is making some parts of the US wetter and other parts drier.

In the face of these stresses, I see native grasses like big bluestem as a promising solution. These grasses, which have grown in North America for millennia, are naturally well adapted to the eastern US, and I believe they can once again benefit family farms. 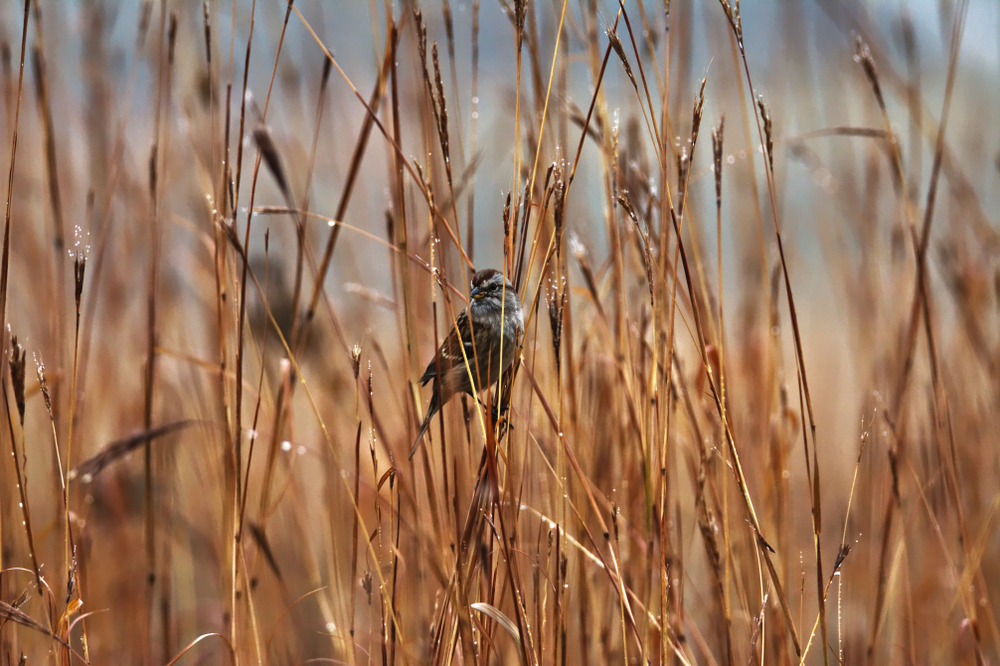 A sparrow perched on some big bluestem. Photo by Michael Dante Salazar, Shutterstock.

As I show in my book, these grasses have roots that can extend as much as eight to 10 feet deep into the soil. They are remarkably drought tolerant and can grow and thrive in soils with low fertility and high acidity.

Their large root systems also help to increase the organic matter in soils, which makes the soil healthier and more productive. Building up organic matter, which consists mostly of carbon, stores carbon in the soil rather than the atmosphere.

But what about the cattle? Numerous studies show that forage yields are high for these species. Cattle readily consume them, and this diet produces strong gains on the growing animals. This combination of high yields, strong gains and low input requirements means that these forages can be produced profitably.

A recent study conducted here in Tennessee resulted in strong animal performance for beef steers and heifers, with the cost of feed for the animals coming in at only $0.29 per pound. This is a very good bargain: Cost ranges for many nonnative forages can be $0.80-0.90 per pound, and purchased feed can run well over $2.00 per pound of weight gain.

In that same study, we monitored the nesting success of two at-risk species associated with eastern pastures: grasshopper sparrows and field sparrows. We found that compared to pastures growing a nonnative grass species called tall fescue, the native grass pastures produced between two and six times more fledgling birds per acre. This is the outcome that working lands conservation seeks to deliver: more beef and more birds, all at a fair price.

The biggest challenge of cultivating native grasses is getting the grasses established. Converting existing pastures to native grasses requires completely renovating the fields, and lots of patience as the native grass seedlings develop. These species are slow starters.

Once they get a good root system under them, they can grow quite rapidly, but until then they are vulnerable to weed pressure. And converting fields is not cheap, due particularly to seed costs. However, farmers can receive financial support for planting native grasses from the US Department of Agriculture’s Natural Resources Conservation Service.

[RELATED: Report: Millions of Acres of Grassland Lost to Agriculture This Year]

As the world’s population grows, it will be a struggle to produce enough nutrient-dense proteins to feed everyone. Grasslands can produce high-quality dietary protein cost-effectively, while also reducing atmospheric carbon and supporting North American grassland birds and other wild species.

As King Solomon said long ago, there is nothing new under the sun. Native grasses are not new, but today I see them as a modern solution to some of our planet’s most pressing challenges.

Patrick Keyser is a professor of forestry, wildlife and fisheries and the director of the Center for Native Grasslands Management at University of Tennessee.