Report: Millions of Acres of Grassland Lost to Agriculture This Year

There are serious environmental and ecological ramifications. 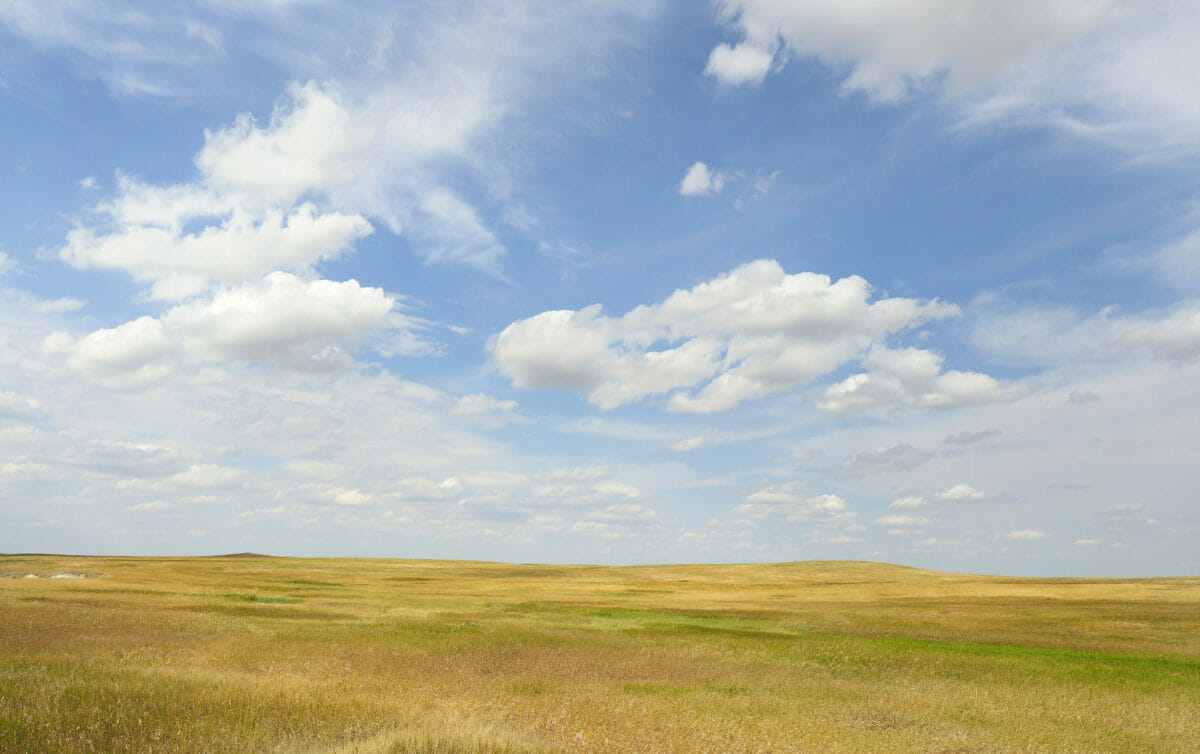 The North American Great Plains, stretching from the Canadian Prairies through the central third of the United States and even into a chunk of northeastern Mexico, comprises one of the largest extant grassland habitats in the world. For more than a decade, the World Wildlife Fund (WWF) has been monitoring the status of the Great Plains, releasing annual studies on grassland losses. This year, the WWF found a whopping 2.6 million acres of grassland lost—and the true number is likely quite a bit higher.

The Great Plains includes parts of 13 American states and three Canadian provinces, and it is one of the few remaining of the world’s huge grassland ecosystems. Ecologically, the Great Plains are quite varied, but they provide habitats for thousands of species of insects, birds and mammals, some of which have become endangered or extinct as a result of habitat loss. Environmentally, the root systems of the native grasses provide a substantial carbon sink, absorbing excess carbon from the air and preventing further greenhouse gas emissions, as well as preventing excess erosion. They’re important. But they’re not generally thought of in the same way that, say, the Amazon rainforest is, as a vital and vibrant ecosystem worthy of action.

The WWF report, called the Plowprint, is an annual review of data from the US and Canadian governments, and it includes an interactive map that lets you see what’s going on and where. The Plowprint is exclusively focused on agriculture and exclusively on the Great Plains. This means that it is not a holistic view of all grassland losses in North America; it does not include the (quite large) grasslands in California and Oregon, for example. It also does not include any of the other reasons why grasslands are lost, primarily, says Patrick Lendrum, senior science specialist for WWF’s Northern Great Plains (NGP) Program, owing to a lack of data.

“The USDA does have datasets where they look at cropland, pastureland and rangeland lost to urban development,” says Lendrum, but each of those numbers clocks in at around 100,000 acres—far smaller than losses due to agricultural development. But woody plant encroachment is a significant problem in parts of the Great Plains, particularly in the southern sections. This is when, owing to increased firefighting efforts and more grazing livestock, trees and shrubs overtake the grasses that had previously dominated grassland landscapes. Basically, it’s the forest taking over, and it’s a human-caused problem with significant ramifications for the environment. The Plowprint doesn’t include that data at all. It also doesn’t include any data at all from Mexico, owing, says Lendrum, to a lack of it being available.

Instead, the Plowprint focuses on grassland acres lost to agricultural development: land that has been turned into cropland. Roughly 2.6 million acres of grassland in the Great Plains were lost in 2019 to agriculture, with nearly 70 percent of those acres becoming row crops (wheat, corn and soy). Perhaps most concerning to the WWF is the area of the Northern Great Plains, a much smaller subregion in which around 600,000 acres were lost in 2019. The Northern Great Plains, spanning Montana, Wyoming, the Dakotas and the Canadian Prairie provinces, are the most intact part of the Great Plains region.

One interesting and, frankly, a little chilling element of the data the WWF collected is that it does not include acres of former farmland that are no longer being farmed. There are millions of these; the USDA just recently announced that around 2.5 million acres of American grassland was accepted into the Grassland Conservation Reserve Program, which pays farmers a rent (and some additional assistance) to not farm on some of their land.

Lendrum said that while the Grassland CRP is a great program, it doesn’t factor into the Plowprint. Acres that are left fallow or that are planted with native grasses are not counted as “grassland” acreage; instead, they’re filed into a separate, third category: neither grassland nor cropland. That’s owing to the environmental particulars. The CRP operates in 10- to 15-year rental periods, and that’s simply nowhere near long enough for land to recover from being farmed and to develop the complex ecosystem of plants and animals and soil that would classify it as grassland. “In our region,” says Lendrum, “that can take anywhere from decades to centuries.”

In effect, says Lendrum, “Our Plowprint number never goes down. That number is always climbing.”

Popular
7 Smokable Plants You Can Grow That Aren’t MarijuanaBrian Barth
New Solar Panels Allow Farmers to See the LightNaoki Nitta
6 Differences Between Llamas and AlpacasAndrew Amelinckx
This Modern Farmer Wants You to Grow a New Potato StrainBevin Cohen
The Cold Swim HomeMarcie Callewaert
Explore Modern Farmer
Related
Environment, Labor, Water
California Farms and Farmworkers Attempt to Recover From Record FloodsNaoki Nitta
Aquaculture, Technology
Can Interactive Mapping Tools Guide Shellfish Restoration?Bridget Shirvell
Animals, Health, news, Technology
First Vaccine for Honey Bees Approved by USDAEmily Baron Cadloff
Environment, Pests, Plants
This Teen Farmer Turned a 4-H Project Into a Startup BusinessEmily Baron Cadloff
wpDiscuz
We use cookies on our website to give you the most relevant experience by remembering your preferences and repeat visits. By clicking “Accept”, you consent to the use of ALL the cookies.
Cookie settings ACCEPT
Privacy & Cookies Policy