Recent sanctions on Russia, a major exporter of potash, ammonia, urea and other soil nutrients, has farmers searching for alternative fertilizers for their spring planting season. 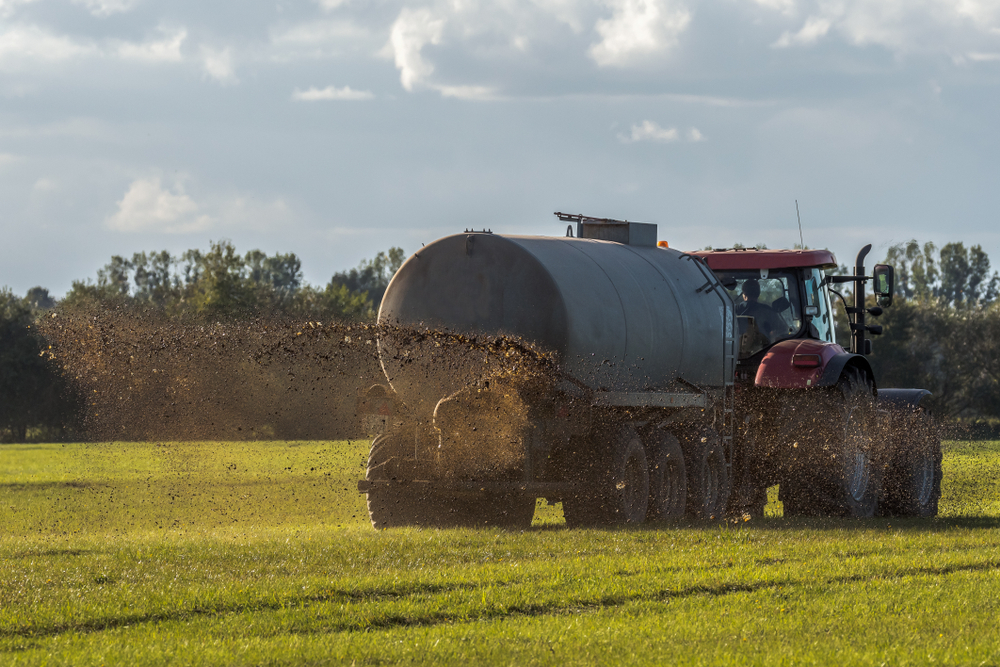 For most people, there’s nothing particularly enticing about fertilizer. But those people may be learning more about potash, manure, spreaders and more because there is a global fertilizer shortage that could have significant effects on food prices and inflation.

Fertilizer prices, according to Bloomberg, have increased by 43 percent by some metrics, and fertilizer has become increasingly difficult to find for farmers in many different parts of the world. The shortage has pushed many to look to liquid animal manure as a substitute, but prices for manure have also been pushed to inaccessible levels. With increased prices and decreased access to fertilizer, the effects will spiral outwards: Farmers won’t be able to plant or yield as much, and food prices will increase.

The shortage of fertilizer has a few different causes; fertilizer prices are closely linked to energy costs, especially natural gas and coal. Those fuels are used both to power the energy-hungry production of fertilizer, and they are also used as ingredients in the final product. The rising costs of energy inputs caused a whole bunch of different effects, such as China stopping the export of fertilizer out of a concern for its domestic farmers back in October. China is one of the biggest exporters of fertilizer and fertilizer components like urea and phosphate.

The other biggest exporters of fertilizers and fertilizer components are Russia and Belarus. Due to the war in Ukraine disrupting supply chains, as well as the many trade sanctions and bans levied by other countries on Russian exports, the flow of fertilizers, already tight, tightened further.

For many farmers, prices have doubled, tripled or simply aren’t relevant given that there’s no fertilizer to be had. In response, the market in and around manure, which includes animal waste, spreading equipment and transportation, has become a massive market, as long as there’s manure to sell. Reuters reports shortages in manure, which previously was fairly undesirable: It’s more expensive to transport and harder to apply than commercial fertilizers.

Because fertilizer sales are very global, with countries such as China and Russia shipping worldwide, the effects of the shortage will be felt all over. In markets where farming runs at lower margins than it does in, say, the United States, these increased prices will simply mean that farmers can’t farm, which in turn means very bad news for the cost of food.

Popular
Alaskan Salmon Face a Stream of New MinesBecki Robins
7 Smokable Plants You Can Grow That Aren’t MarijuanaBrian Barth
Why Don’t We Eat Turkey Eggs?Dan Nosowitz
The Fertilizer Shortage Will Persist in 2023Shea Swenson
Goat Sex: Everything You Wanted to Know But Were Afraid to AskAndrew Amelinckx
Explore Modern Farmer
Related
Environment, Food & Drink
Where Has All the Mustard Gone?Chloe Faure
Animals, Environment, Technology
Alaskan Salmon Face a Stream of New MinesBecki Robins
Animals, Environment, Health
To Stop New Viruses Infecting Humans, We Must Protect Bat HabitatAlison Peel, Peggy Eby, Raina Plowright
Labor, Politics
For Young Farmers, Land Access Will Make or Break the 2023 Farm...Emily Baron Cadloff
wpDiscuz
We use cookies on our website to give you the most relevant experience by remembering your preferences and repeat visits. By clicking “Accept”, you consent to the use of ALL the cookies.
Cookie settings ACCEPT
Privacy & Cookies Policy