In Georgia, 19 Families Are Building a Farm to Feed Their Black Community - Modern Farmer
MTMF

In Georgia, 19 Families Are Building a Farm to Feed Their Black Community

The families co-own a 500-acre property in Toomsboro, Georgia, on which they’re building a safe haven for food and freedom. 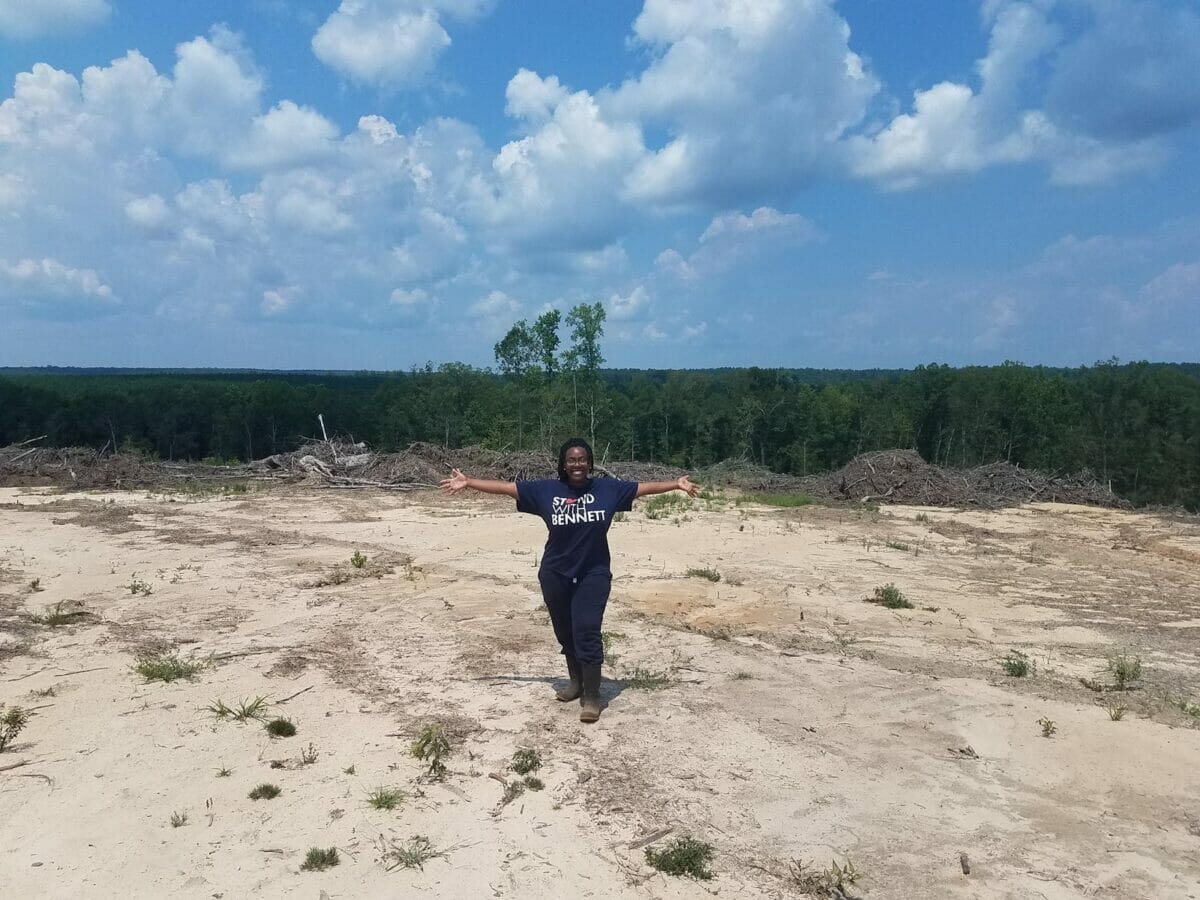 Ashley Scott got a glimpse of what it means to be self-sufficient far before the era of pandemic gardening. It was 2014, and Scott, fresh out of college, decided to grow a patch of cucumbers in her backyard as a small pet project.

Weeks later, however, her tiny garden manifested into something bigger than she’d originally anticipated. Before she knew it, the Decatur, Georgia resident had more food to harvest than she knew what to do with.

“I really began to understand this idea of abundance and felt so much closer to God. It became a provision to my family and friends, my extended neighborhood and community,” she says. “Inside each of those cucumbers that we passed out was the potential for more sustenance for others to be able to live and have access to fresh, healthy food.”

The memory of that experience has stayed with Scott since. It’s also been a source of inspiration for a project she co-founded called the Freedom Georgia Initiative. The project, which aims to provide the local Black community with a safe haven, is unfolding on 500 acres in Toomsboro, Georgia. Scott and 18 other families are co-owners of the land, which they are in the process of developing into a farm. Eventually, they hope to also add housing units, recreational infrastructure and entertainment facilities. 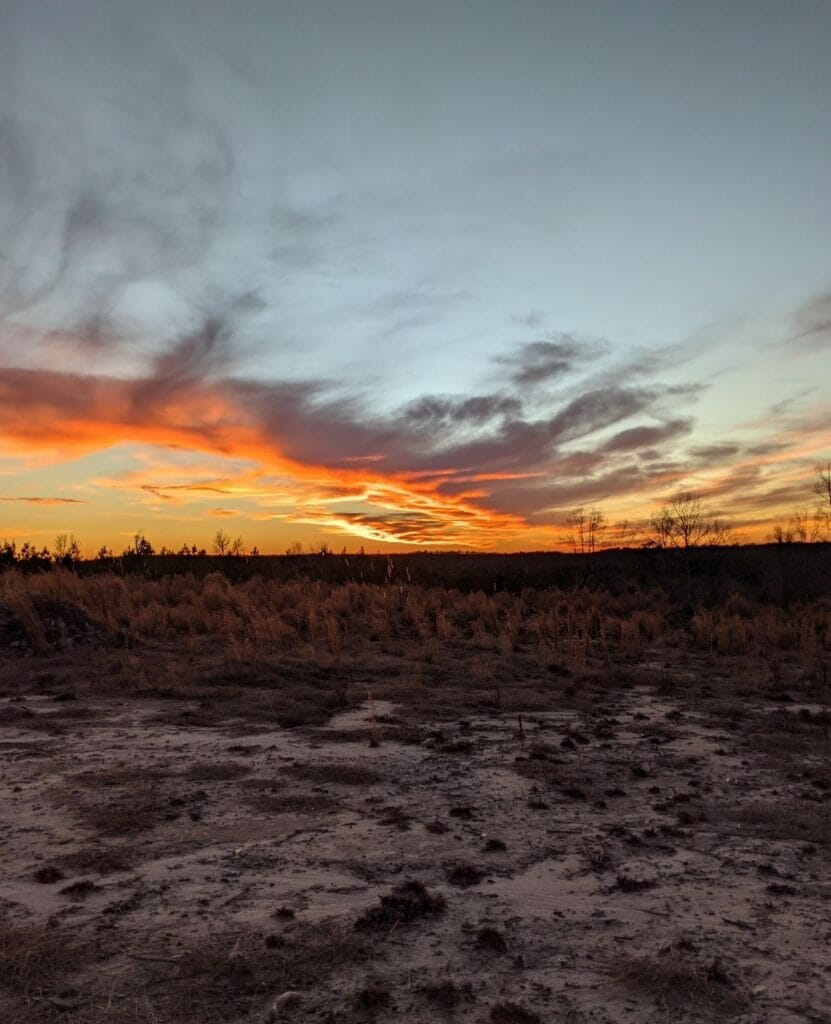 This land in Toomsboro, Georgia will be transformed into a farm over the next few years. Photo courtesy of Tabitha Ball.

The sort of co-operative farming model that the Freedom Georgia Initiative is adopting is uniquely suited to support Black farmers, who have historically been discriminated against in America. In the early 20th century, formerly enslaved people and their descendants owned 14 million acres of land. Since then, more than 90 percent of Black farmers have lost their land for a number of reasons, in large part due to discriminatory practices at the USDA. Over the years, many Black farmers have been denied loans and credit, were unable to access legal defense against fraud and subjected to acts of violence and intimidation.

The systemic inequalities that permeate the national food system have had a significant effect on Black Americans’ health, too. Compared to white Americans, Black Americans disproportionately suffer from high rates of chronic health issues, including heart disease, stroke and diabetes. These conditions are only exacerbated and perpetuated by inadequate access to fresh, healthy food. The pandemic has further exposed these inequalities as people with these health issues are put at greater risk of dying from COVID-19.

[RELATED: How Did African-American Farmers Lose 90 Percent of Their Land?]

“We’re really heavy on conservation practices and exploring this idea of how to live and work and play all in proximity to our food,” Scott says. “It’s really an opportunity for us to use farming as a means to address health disparities that affect us.”

The initiative’s land encompasses two adjacent plots: one that is 404 acres and another roughly 97 acres. Right now, it looks like a derelict timber yard with a swath of rolling hills. In the words of Wayne Swanson, a regenerative farming consultant hired by the families, “It’s a work in progress.”

Swanson, also a Black farmer, says he intends to have the properties restored within the next two to three years. Currently, he’s particularly focused on rebuilding the property’s topsoil, reforesting it and planting native grasses. He says that he feels honored to have the opportunity to use his knowledge to build something impactful for the community.

“Hopefully, when we succeed, we can be a model for other folks,” says Swanson. “I look at this like a blank slate to build an ecosystem, to farm sustainably, to see and hear wildlife, but still have space for some livestock… I feel like I’m working in a space God created me to be in.”

Swanson has been helping the family make contact with the Natural Resources Conservation Service (NRCS) to see if they qualify for any grants as they implement conservation and regenerative practices. This would help cover the cost of some fences they’re looking to build that will prevent soil runoff from draining into nearby watersheds.

The farming consultant adds that, once the ground is arable, he sees it being a site for a number of market gardens and orchards to flourish. He’s also hoping he can introduce the families to suppliers of heirloom seeds of the African diaspora.

For Greg Mullins and Tabitha Ball, other co-owners of the property, the project is just as much an avenue to address food security and related inequities as it is an act of resilience and resistance given the painful past of their ancestors. 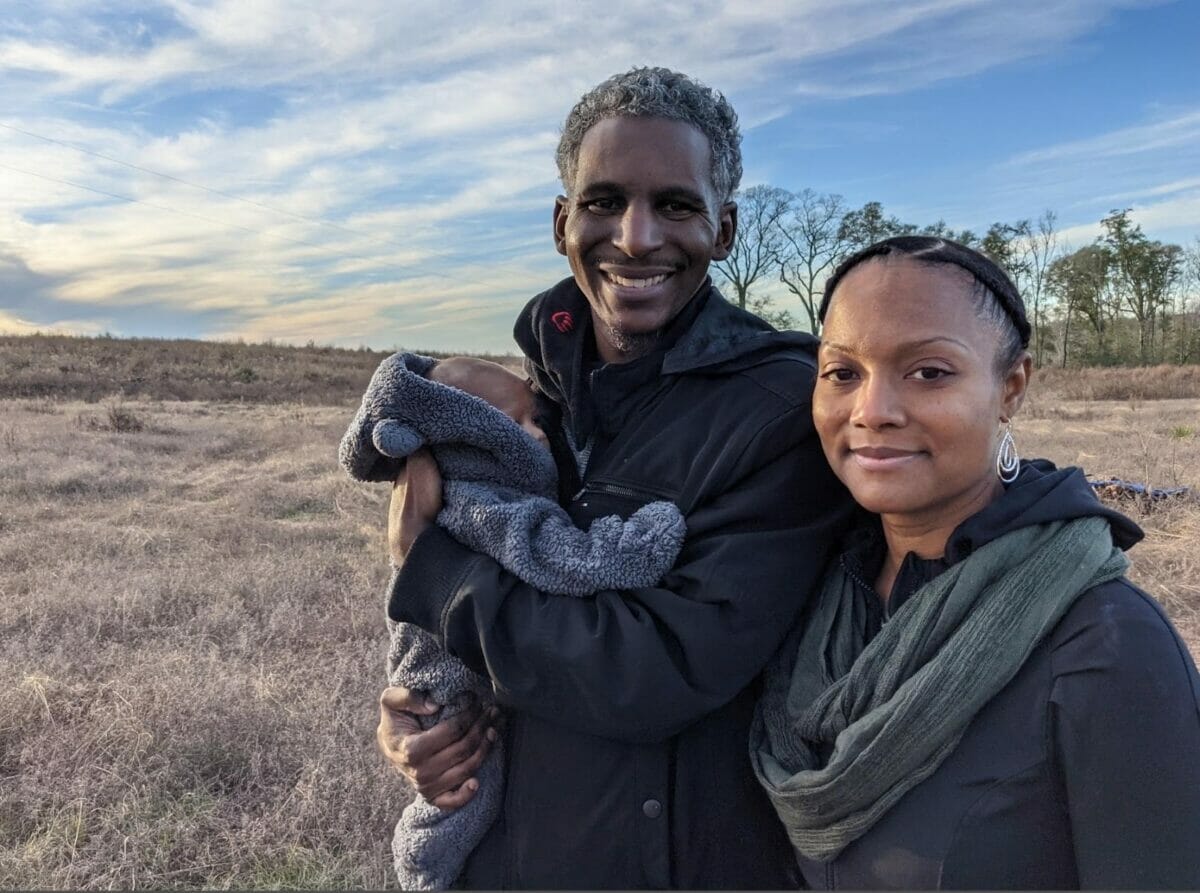 Greg Mullins and Tabitha Ball represent one of 19 families in the Freedom Georgia Initiative. Photo courtesy of Tabitha Ball.

The couple, currently raising two sons and a nephew, adds that they look forward to sharing the space with younger generations. Hopefully, they say, their kids will grow up feeling empowered and pass a knowledge of food, farming and land stewardship down the family lineage.

With the understanding  that the land is in its recovery stage, the Freedom Georgia Initiative families, along with Swanson, plan to build some raised beds for community gardens in the coming weeks. This project, they say, will not only allow them to start a collective transition into food sovereignty but prime them for what abundance is to come.

Can you be WHITE and join in?

I’ve been following the Freedom Georgia Initiative for several years now, and I can’t help but notice that they don’t appear to have “built” anything beyond than a dirt parking lot. Their energies seem to be directed mostly at fundraising. I’d wonder where the money is going.

This is just silly! If you’re living right and DOING right, your odds of staying safe are pretty high, no matter what color your skin happens to be. Even if anybody actually believes this ‘Freedom’ town was ever going to be a reality, the residents might wanna have a discussion about black on black crime in the first town hall meeting. Just saying…