The bill includes substantial changes to federal legality of weed. 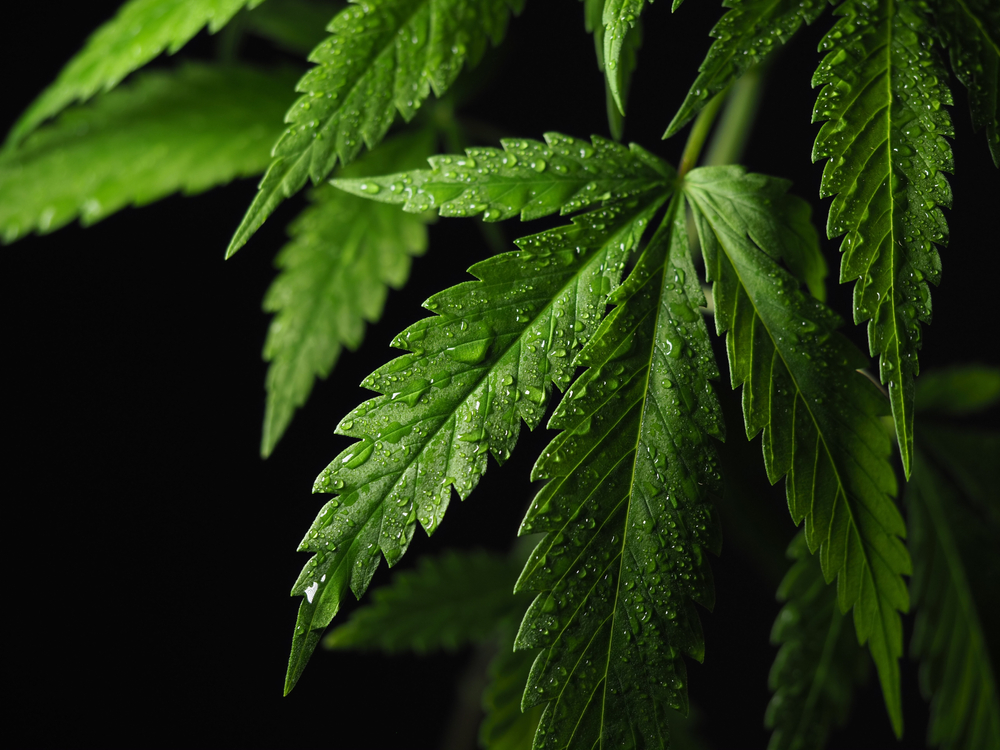 The bill would require the support of at least 10 Republicans to pass.
Photography by ElRoi/Shutterstock
Share
Tweet
Pin
Email
113 Shares

Polling suggests that more than two-thirds of Americans support legalizing marijuana federally. This has not, however, translated to legislative action.

This bill would, first and foremost, remove marijuana from the list of banned drugs under the Controlled Substances Act, which would make it federally legal. This would allow the federal government to regulate and tax it, although it would also, according to the text of the proposal, “empower states to implement their own cannabis laws.” Exactly how this would work is unclear, but states do maintain currently certain rights over how other substances, such as tobacco and alcohol, are sold within their borders. Some states, including Pennsylvania, Virginia and Mississippi, have state-run liquor stores for certain segments of alcohol sales (such as hard liquor). The bill would, as federal alcohol and tobacco laws have, set some ground rules, such as a minimum age of 21 for purchasing, but it would leave some other stuff up to the states. What stuff that would be depends on the bill actually becoming law, which we’ll get to later.

Currently, the DEA is in charge of regulating marijuana, but as the bill would remove marijuana from the Controlled Substances Act list, marijuana regulation would move to the Alcohol and Tobacco Tax and Trade Bureau, the Bureau of Alcohol, Tobacco, Firearms and Explosives and the Food and Drug Administration.

Marijuana has been federally illegal since the 1930s, which has had many disastrous effects on American society. The bill makes atoning for those effects a major part of its aim. Nonviolent federal marijuana offenses would, under this proposal, be expunged from records, meaning those convictions would not show up in background checks and the government could no longer use past marijuana convictions to withhold housing and health benefits. It would also give those currently serving sentences for nonviolent marijuana convictions the ability to see a court for resentencing.

Unfortunately, there aren’t good statistics for exactly what counts as a nonviolent marijuana conviction. There are tons of marijuana possession arrests nationwide; an ACLU paper found around 700,000 of those in 2018. But those are primarily state and local arrests, not federal ones; data indicates that there are only a handful of people serving time for convictions of marijuana possession at the federal level. According to data found by the Washington Post, that number, in 2017, was only 92. So, maintaining state’s rights here is going to leave an awful lot of people in jail for nonviolent marijuana convictions.

Taxes from the newly federally legal drug would be used, reads the proposal, to “support restorative justice and public health and safety research.” That would include loans and grants to groups that have been historically persecuted by marijuana prohibition laws—most notably, Black Americans, who are arrested at about four times the rate of white Americans despite the groups having similar usage rates—that wish to work in the cannabis industry. There would also be funding for assistance for those who have been incarcerated on marijuana convictions for finding work and housing.

And there would also be a great deal of money for research into how marijuana affects the human body and American society, research that has been severely limited by the nearly century-old prohibition. There are many, many things we don’t know about how marijuana affects the brain and body; there’s a lot of catching up to do. It’s also probably worth noting that even despite marijuana being currently legalized in 18 states and territories, including the most populous state in the country, illegal sales of marijuana outstrip legal sales significantly. And illegal sales, of course, aren’t taxed.

In terms of direct influence on agriculture, some of the funding for small businesses operated by those disproportionately affected by the War on Drugs would include agricultural businesses, such as farms and processors. But the proposal as released includes essentially nothing on the agricultural side of things. Theoretically, with marijuana a legal crop, farmers would be able to apply for the many forms of assistance through the USDA, but that assistance was slow in emerging for hemp growers after that crop became federally legal. There’s no indication of the USDA’s involvement in the marijuana industry—for example, in certifying organic marijuana. The bill requests comments on research including “agriculture, environmental protection, worker health and safety, and other areas.”

A similar bill passed through the House of Representatives in December, and with a large majority, Democrats shouldn’t have trouble there. In the Senate, though, the threat of the filibuster means that Democrats will need 60 votes to pass the bill, which would require at least 10 Republicans to vote in favor of the bill. The major obstacles there, for Republicans, are the elements of restorative justice for past and current racism, government control over the industry (although that whole state’s rights thing is there to defuse that) and, probably most importantly, the simple fact that Democrats are the ones introducing the bill.

Another obstacle, this time from inside the Democratic Party: President Joe Biden has consistently opposed the federal legalization of marijuana, instead preferring the baby steps of decriminalization. The Biden administration also fired five staffers for marijuana use, a decision that sparked anger from other Democrats.