Some growers report losses of up to 95 percent. 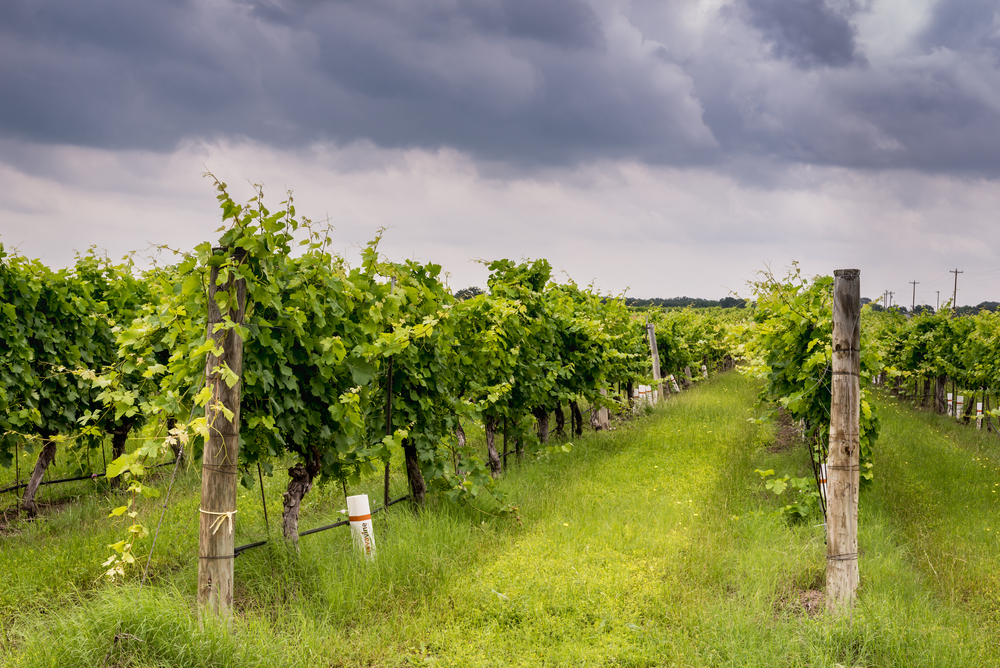 The volatile nature of the pesticide dicamba has meant that it can wind up miles away from where it was sprayed.

Dicamba, and dicamba-resistant seeds, were meant to be the next huge product for Monsanto, which was bought by agrochemical giant Bayer back in 2018. But “dicamba drift,” the name for the phenomenon in which dicamba particles float through the air onto plants that have no protection against it, has affected farmers and forests across the country. Most often, we’ve seen dicamba drift pegged as a damaging agent on unprotected soybean fields, but soy is far from the only victim. A new lawsuit claims that dicamba drift leveled extensive damage on vineyards—in Texas.

When we think of American wine production we tend to think of California first, then maybe Washington state, Oregon and the Finger Lakes region of New York. But grapes are grown just about everywhere and many wine grape varieties are well suited for non-coastal environments as well. In the High Plains region of Texas, just south of the Texas Panhandle, wine grape (and wine) production has been a recent local success story; Texas wines have even won awards held elsewhere.

In the larger wine-grape-growing regions of the United States, like in Northern California, dicamba drift has not been a substantial problem. Dicamba can drift for about three miles from where it was applied, which means that any affected crops need to be within that range to be hit. Napa and Sonoma counties in California, just for example, don’t have substantial dicamba-treated crops that close to the vineyards; there’s much more money to be made in growing grapes in those counties than growing cotton or soy.

But in Texas, cotton is a major crop and can be very close to the vineyards. Those vineyards’ owners, according to a press release from the law firm that filed the case, “saw their highly productive vineyards wither and, in some cases, die as a result of the dicamba-resistant seed system’s use on over two million surrounding acres of cotton.” That release says that 57 Texas wine grape growers have filed suit against Bayer-Monsanto and BASF (which also sells dicamba products) for “hundreds of millions of dollars.”

The suit alleges that some grape growers saw a truly insane 90 percent reduction in their yield owing to dicamba drift. And grapevines, unlike some other crops, cannot simply be replanted the next year for a similar yield; they require decades to mature and produce the right quality of fruit for some wines.

Grapevines have previously been known to be affected by dicamba drift. Grapes grown in Ohio and Pennsylvania, among other spots, have been known to suffer damage from dicamba. And even in Texas, dicamba drift damage has been known for a few years. Lawsuits have already cost Bayer-Monsanto hundreds of millions of dollars, and Corteva, which had previously marketed dicamba systems, recently exited the market entirely.