How a Farm Helped Save Sea Turtles in the Cayman Islands

A new study considers the Cayman Turtle Centre’s role in the species’ rebound. 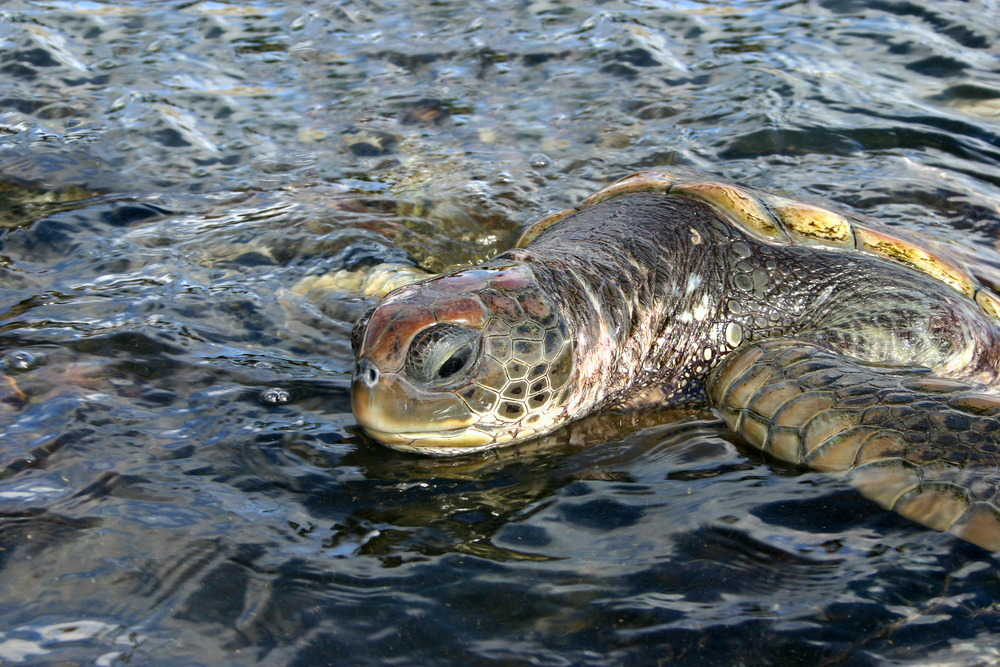 A green sea turtle pokes out of the water at the Cayman Turtle Centre.
Photography by Claude Huot/Shutterstock
Share
Tweet
Pin
Email

In the Cayman Islands, sea turtles are more than just a majestic creature. The animal appears on the islands’ flag, is the mascot of the British territory’s flagship airline and is printed on the $5 bill (along with the Queen). It’s also the main ingredient in the Cayman Islands’ national dish: sea turtle stew.

Eating sea turtles, which have been classified as an endangered animal since 1973, is controversial. But the culinary tradition is important to the Cayman Islands, which has its own farm to breed and raise sea turtles for local consumption. And according to a new study published in Frontiers in Marine Science, the turtle farm has played an important role in the species’ recovery in the Cayman Islands.

The waters surrounding the group of three islands that make up the Cayman Islands were once home to a thriving population of sea turtles. They were so abundant that when Christopher Columbus reached the Caribbean islands in 1503, he referred to the land as Las Tortugas, using the Spanish word for “turtles” to describe it.

It comes as no surprise then that sea turtle meat was part of a life-sustaining diet for the islands’ inhabitants—as well as its colonizers and visitors. By the 1600s, the Cayman Islands became a key stop for ships sailing the Caribbean, whose hungry sailors were in need of fresh meat to eat while at sea. Caymanians harvested and sold sea turtles to the sailors, which enabled the small islands to grow an international economic scale. By the 1800s, however, the turtling industry in the Cayman Islands had started to deplete the once-rich population of sea turtles.

In 1968, a company called Maritime Ltd. was established in Grand Cayman to breed the endangered-animal green sea turtle for commercial purposes. Later called the Cayman Turtle Farm, the farm raises turtles to meet the needs for local consumption without depleting the wild population of the species. Renamed the Cayman Turtle Centre in 2016, it’s a popular tourist attraction where visitors hold, kiss and pose with young sea turtles for photo-ops. Also a conservation facility, its captive breeding program releases turtles into the wild that have been bred in captivity.

The sea turtle farm in Grand Cayman “definitely has played a role in the green turtle recovery,” says the study’s lead researcher, Brendan Godley, professor of conservation science at the University of Exeter. Together with the Cayman Islands Department of Environment, Godley monitored the sea turtle nesting population over 22 years, and found the wild population has made a tremendous recovery. When the first counts were taken from 1998 to 1999, just 39 sea turtle nests were found in total on the three islands. By 2019, there were 675.

That’s a long way off from the once-abundant population of sea turtles, but their recovery is moving in a positive direction without hindering a historical culinary tradition. In fact, recent conservation efforts are believed to be behind an increase in the local demand for turtle meat, which was up 4.1 percent in 2020.