Plant Life is Spreading Around Everest

New research shows increases in flora in the Himalaya region. 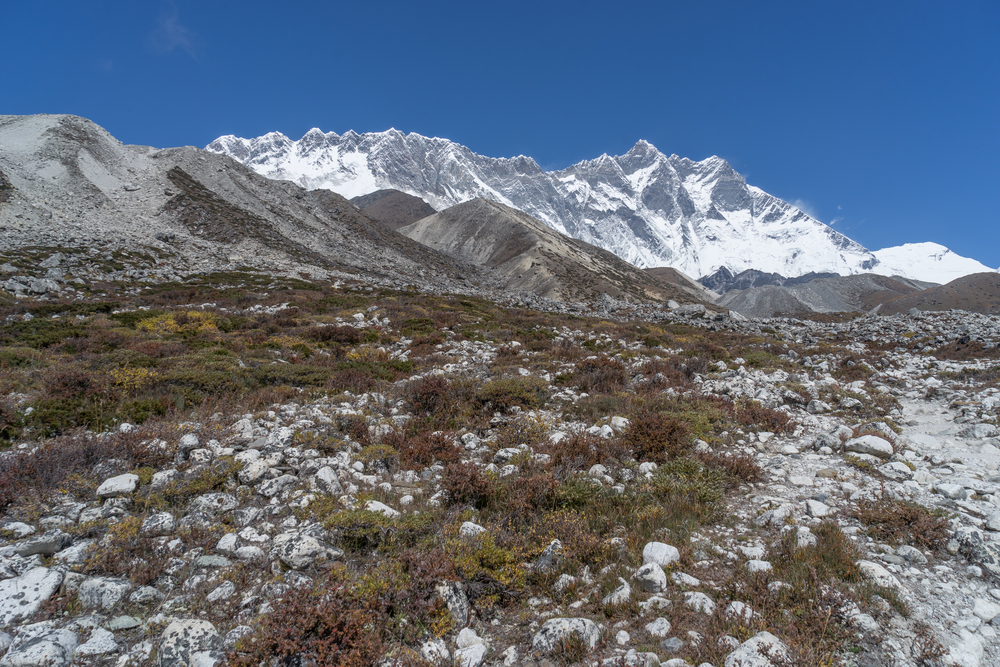 The Himalayas are becoming greener as glaciers continue to melt.

The Asian mountain range, which is home to Mount Everest, has seen an increase in what’s called subnival vegetation—the shrubs and grass that live between the treeline and snowline, according to new research.

Scientists at the University of Exeter in England used satellite data to compare the amount of plant growth in four different height brackets around Everest between 1993 and 2018. They discovered that there was significant growth at all four heights, but that it was most pronounced in one of the higher areas between 16,400 and 18,000 feet above sea level.

While climate change is making parts of the world uninhabitable for certain types of plants, it has brought more plant life to these remote ecosystems around Mount Everest, researchers say. Some of the higher areas studied used to be too cold for plants to grow, but there are now fewer areas where temperatures are too low. Previous studies have shown that the rate of ice loss in the Himalayas doubled between 2000 and 2016.

Researchers say we still don’t know what the expansion of plant life in these areas will mean for the area’s water cycle and the millions of people living downstream from the Himalayas. The mountain system feeds the 10 largest rivers in Asia.

“Snow falls and melts here seasonally, and we don’t know what impact changing subnival vegetation will have on this aspect of the water cycle,” said Dr Karen Anderson, of the University of Exeter’s Environment and Sustainability Institute.

She said it is important to understand ice loss in major mountain systems, but plant life covers a much larger area, and we know very little about how these ecosystems moderate water supply. Anderson added that more work needs to be done to understand how plants at such a high altitude interact with soil and snow.