Why You Should Raise Rabbits - Modern Farmer
Animals

Why You Should Raise Rabbits

An excerpt from 'Raising Pastured Rabbits for Meat,' a new book about starting a humane and profitable rabbitry for the beginning to market-scale farmer. 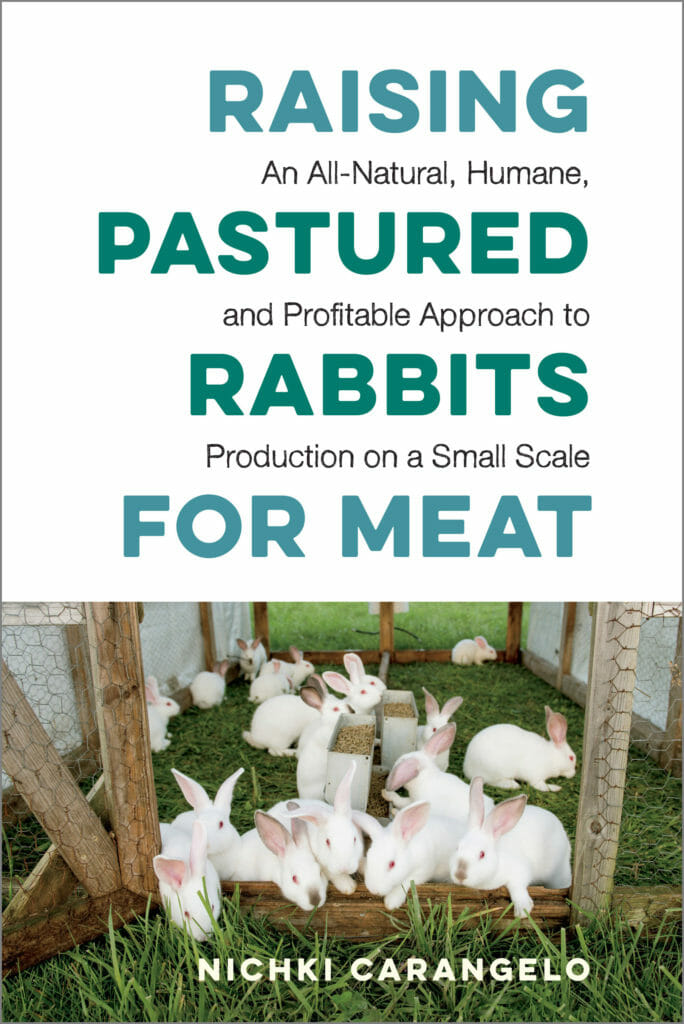 The following excerpt is from Nichki Carangelo’s new book Raising Pastured Rabbits for Meat: An All-Natural, Humane, and Profitable Approach to Production on a Small Scale (Chelsea Green Publishing, November 2019) and is reprinted with permission from the publisher.

According to recent reports from gourmet food supplier D’Artagnan, rabbit sales have been increasing over the course of the last decade. They even report their own rabbit sales doubling over a four-year period. The wider world is abuzz about the supposed super protein, and yet very few farmers are stepping up to meet the rapidly increasing interest in sustainably raised rabbit. I can’t help but wonder why, as I see tremendous opportunity for any new and seasoned agrarians willing to learn this increasingly lost art of raising such triple-purpose wonders. With comparatively little money, space, or labor, rabbits can earn you an honest living and return some much-needed (and demonstrably desirable) diversity back into the markets for food, fiber, and fertility.

For starters, rabbits are easy to handle. Unlike a lot of other live- stock, they’re small and docile. Well-bred rabbits from good stock are unaggressive and easy to pick up and move around. Plus, they aren’t heavy. Even the largest breed of domestic rabbit, the Flemish Giant, maxes out at a very manageable 22 pounds (10 kg).

Rabbits, and everything they require, are light and portable. This is true in terms of both daily chores and major moves, like relocating to a new piece of land. Aside from mobile rabbit tractors, of which you’ll need some version, should you decide to use a pasture-based method, the heaviest item on the list is going to be a wheelbarrow. Even the wire-pasture rabbit tractors we use are light, at least when compared with those we use for our meat birds—they’re only half the size in terms of area (6 × 9 feet versus 9 × 12 [1.8 × 2.7 m versus 2.7 × 3.7]).

The fact that rabbits and their associated tools and equipment are not heavy is especially important for folks with physical limitations. That rabbits are so portable makes them a great starter enterprise for farmers and homesteaders without secure land tenure. Unlike some larger livestock, like dairy cows, who require more permanent infrastructure like a milking parlor, or goats who may need extensive fencing systems, everything you need for a rabbitry can fit right into a U-Haul and be moved across town or even cross-country in a jiff. If your journey to landownership is anything like ours was, this feature is guaranteed to matter. Before landing on our “forever” farm in Hudson, New York, Laszlo and I moved our animals four times in three years.

Another quality that makes rabbits a solid starter enterprise is that they have a low barrier to entry. Rabbits are small and therefore need comparatively little space, even in pasture-based systems. Beyond that, rabbits require minimal start-up capital. In fact, a well-managed commercial rabbitry can repay its entire initial investment in a single year. Even small-scale hobby rabbitries can start saving homesteaders money within a couple of months. Later on in this guide, you’ll find an enterprise budget that breaks it all down in detail, but for now just know that you can start raising rabbits in your backyard for less than $500.

Another nice thing about rabbits is that they are small enough to be transported in containers you probably already have, especially if you’re interested in raising only a few of them. Don’t feel like spending $80 on a poultry transport crate? Your cat carrier will do just fine. Is it too early to invest in a pickup truck or a livestock trailer? Almost everything you need for rabbits will fit right into the back of your sedan.

In particular rabbits end up saving you a boatload of money (and time!) when it comes time to process them. Rabbits don’t have feathers, and this single characteristic is what makes them much easier to slaughter and dress than most of the other small livestock out there. For comparison, to efficiently process chickens you need a whole fleet of equipment: kill cones to hold the birds in place, a scalder to loosen up the feathers, and a mechanical plucker to pull them all out. Just these three items alone can run you a couple thousand dollars. Rabbits, on the other hand, require as little as a single sharp knife (more on butchering methods in chapter 13). Since they’re typically sold whole, rabbits are easy to package and store, and readily available shrink-wrap bags make fresh rabbits freezer-ready in seconds.

Lastly, rabbits are an asset to the diversified farmscape. They can be tucked into the back of existing barns and sheds and grazed on small patches of marginal land, even ahead of your chickens or behind your ruminants on lush pastures. Their presence in fields and yards is beneficial for a host of reasons. For one thing, rabbit manure is incredibly nutrient-dense. It’s full of nitrogen, phosphorus, potassium, minerals, and a whole host of micronutrients. According to the Michigan State University Extension, it has four times as many nutrients as cow or horse manure and twice as many as chicken manure. Even better, unlike that from the omnivores on our farm (chickens and pigs), manure from our herbivorous rabbits is “cool,” as opposed to “hot.” This means rabbit poop innately has the ideal carbon-to-nitrogen ratio (about 25:1) and therefore does not need to be rotted with leaves or other carbonaceous material before use on plants. Hot manures, on the other hand, have too much nitrogen for each part carbon and, as a result, will burn plants if not properly amended and composted beforehand.

And it gets better. Since rabbit manure is organic matter, it works to build soil structure. Good soil structure means better drainage and moisture retention, both of which are becoming more and more important considering our increasingly unpredictable climate.

For these reasons, worms especially love rabbit manure, and many rabbitries double as wormeries. Simply put: Rabbits produce a lot of manure. One doe and her offspring can produce an entire ton of manure in a single year—and beyond adding nutrients for your own farm, this could be marketed and sold as a value-added product.

Rabbits are also a great source of nutrition. They are a lean protein, which makes them even lower in fat than chicken, their more popular culinary cousin. They are also super high in protein. Per 85 g of meat, rabbits have whopping 28 grams of protein. Compare this with pork (23 grams), beef (22 grams), chicken (21 grams), lamb (21 grams), bison (22 grams), and the closest competitor, turkey (24 grams)—and rabbit wins by a long shot. Rabbit is a great source of iron, with 4 mg per serving. Rabbit meat also has fewer calories per serving than most of these meats, with turkey being the only exception.

While I believe that all livestock can have positive and restorative environmental impacts when thoughtfully raised, rabbits are especially ecological. In fact, they have a number of attributes that are catching the attention of environmentalists and food security researchers on the world stage today. The contemporary progression of global warming trends has resulted in a host of climate-based impacts that have had very real effects on farmers everywhere. Extended drought and the shrinking availability of arable land has many looking for livestock with lower carbon footprints. Rabbits shine in this regard because they can be raised on marginal land and are very efficient converters of food and water. This means we need less land, less water, and less energy to grow feed for rabbits than most other livestock. Rabbits convert food and water into edible meat 1.4 times more efficiently than pigs and 4 times more efficiently than sheep and cattle.

Thankfully, these benefits don’t come at the expense of flavor. Unlike some other foods that rank high in sustainability but low in palatability (looking at you, Japanese knotweed), rabbit meat is versatile and delicious. Meat from young rabbits is mild, sweet, and tender. It can be paired with a wide range of flavors and takes nicely to almost any preparation used for chicken. A rabbit is simple to break down and can be roasted, fried, braised, grilled, or poached. It can even be preserved in cured sausages and rillettes.

Finally, rabbit adds diversity to your diet. The traditional American dinner plate had a lot more than beef, chicken, and pork on it. Prior to the widespread implementation of CAFOs, or concentrated animal feeding operations, which heavily focused on the production of these three proteins, our dinner tables were laden with a wide variety of proteins, like venison, bison, pheasant, and of course rabbit. To eat rabbit is to eat food that is rich in heritage. 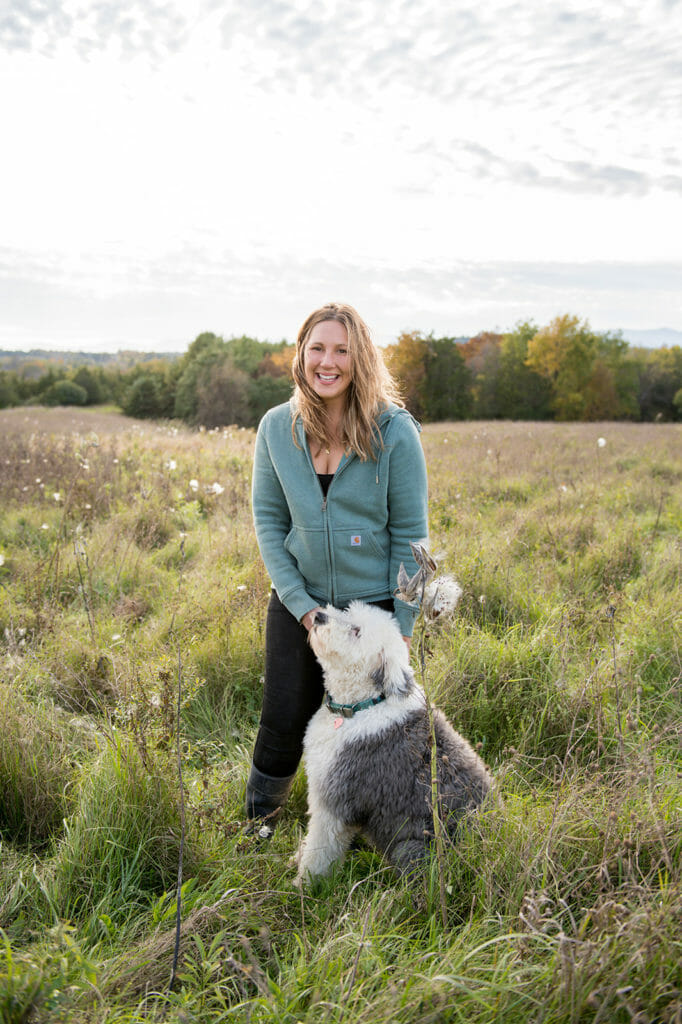 During WWII, we ate a lot of rabbit as fowl was prioritized for the military. I never knew the diffrence from chicken other than the pieces were different. I wouldn’t hesitate to eat it today if it was readily available in the markets.

I have been raising rabbits (Champagne d’Argents) for meat for our own use and for my friends kids to show in 4-H for several years now. I tried to raise them on pasture in moveable pens and the kits would die from coccidia. I tried moving the pregnant does to a birthing pen and the kits would still get coccidia. Went about 8 months of trying and having all the kits die from 3 different does. I put them all back in their regular pens which keep the rabbits off the ground and the problem went away. I wish I… Read more »

How about we breed your dog and eat that instead. Face it, there is nothing humane about breeding an animal for slaughter.