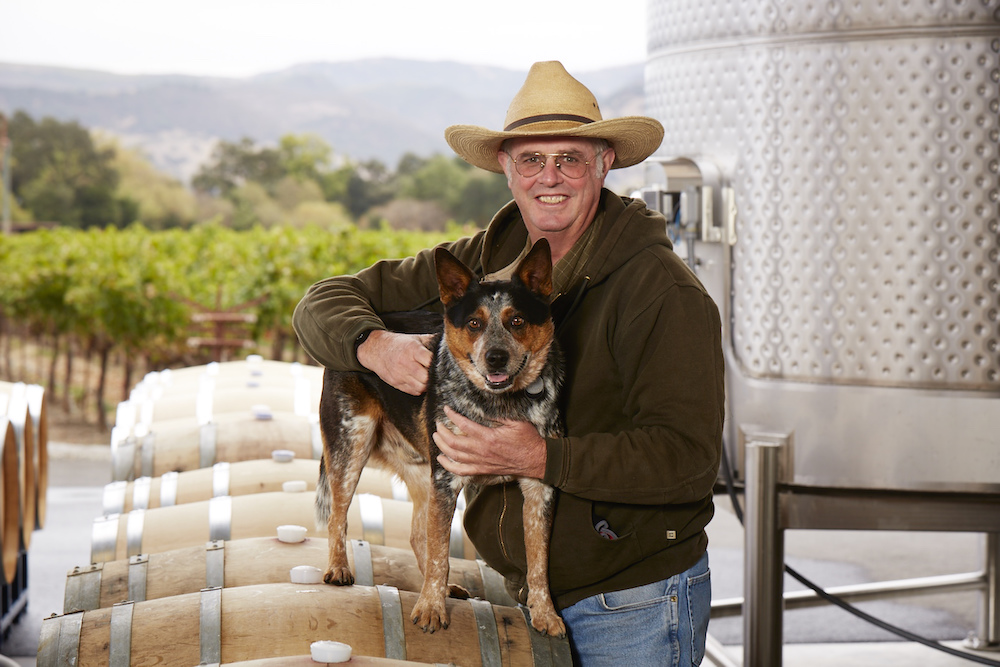 Life without food is impossible, and life without beer and wine is pretty unappealing. But while we depend on agriculture to survive and thrive, it is becoming increasingly clear that many current farm practices are untenable.

According to a global review of agriculture from the United Nations, 80 percent of municipal wastewater discharged into water bodies is untreated, and 70 percent of that water comes from agriculture. Farms are dumping tons of agrochemicals, organic matter and drug residues into waterways, threatening aquatic and human health.

Thankfully, many farmers around the world are as alarmed as scientists are, and they are taking it upon themselves to launch strict sustainability initiatives to help rectify the situation.

Read on to learn more about two wildly different but equally compelling solutions from entrepreneurs on opposite ends of the country.

CLEANER WATERS SPAWN SALMON
Tom Gamble—a third-generation farmer and proprietor of Gamble Family Vineyards—has a deep family history in eco-preservation in Napa Valley. He decided to take action in the 1990s when he saw how the deadlock between environmental groups and Napa County had put progress on hold.

In the early 2000s, he helped create two sustainability certification initiatives for Napa wineries and farmers—the Napa Green Initiative and  the Fish Friendly Farming certification—in the hope of minimizing soil erosion and reducing runoff in order to restore the health of creeks and the Napa River.

The renewed dedication to green farming has transformed life in and around the Napa River, Gamble says.

“Just in the last few years, salmon have started to return and spawn all the way to Calistoga, which is a 30-plus-mile journey from San Pablo Bay,” he says. “Numbers are still small, but the progress in the waterways is encouraging. I’m amazed at the resurgence of wildlife to date, and it means there is an improving invisible web of life as well.”

But what is perhaps even more encouraging, Gamble says, is the paradigm shift these collaborative, volunteer-based, non-governmental programs have inspired.

“Seeing farmers who have been given cause to be cynical by the political and regulatory battles of past decades become inspired by their participation in a public-private partnership that improves the environment is inspiring,” he says.

It’s easy to feel defeated in the face of increasingly stark reports on the state of our oceans, but Gamble believes that every individual can make a difference, starting in their own backyard.

GROWING FISH FROM WASTE
In Westfield, NY, a fish farm launched by a scientist and distiller was born from the notion that sitting around and waiting for the government to solve our most pressing environmental issues is an exercise in futility.

“I’ve had an overriding concern about climate change and the impact it’s having on our sources of water and food for decades,” says biophysicist Jere Northrop, the founder of TimberFish. “You can’t depend on the government to provide a solution in a timely manner, so I decided to find a way to create a technology that could grow fish from organic waste, and make it economically viable.”

Northrop created TimberFish in 2008 with the goal of applying his decades of research in the area of microbial biomass technology and waste treatment systems into tangible solutions. In other words, he hoped to turn organic waste, literally, into fish we can—and want to—eat.

In 2017, a brewery and distillery called Five & 20 Spirits and Brewing and TimberFish opened a fish production farm. Northrop explains the way it works: A bioreactor converts waste from the brewery and locally sourced organic wood chips into a microbial biomass that is then cycled through a worm farm, where solids are filtered out and the microbes are consumed by the worms. Soluble fish tank wastes are cleaned by wood chip filters and solid wastes are recycled back through the bioreactor. There is no waste. The only thing that emerges is fish.

Northrop says growing fish locally from feed that it produces from stillage, brewery waste and wash waters is about more than just removing wastewater that will end up in local streams and lakes. It’s about saving energy by shortening the long seafood supply chain, which shrinks the carbon footprint of fish.

About 35 percent of harvested fish and seafood are lost en route to your plate, according to the U.N. That loss could feed millions of people annually, and save the greenhouse gases expended to harvest and ship that fish, says Northrop.

Then there’s also the issue of the microplastics fish are consuming in the wild; while it is unclear how exactly it may be affecting human health, scientists are alarmed by the implications. Industrial fish farms, meanwhile, threaten human and environmental health. One study found 13 persistent organic pollutants in farmed salmon.

Thus far, bass, perch, catfish fingerlings, trout and shrimp have been introduced to the TimberFish operation. Initially, TimberFish had hoped to be producing 10,000 pounds of fish a year that it could sell for $4-$5 a pound, and while it hasn’t scaled up as quickly as it had hoped, TimberFish believes it’s on track to meet that goal, perhaps next year.

In the meantime, it is thrilled to have been able to recycle all of the waste and produce fish that, in initial testing, are actually lower in calories and higher in “good” fats than either their farm-raised and wild-caught counterparts.

The result of Gamble’s efforts is cleaner rivers with spawning salmon. TimberFish has created a circular economy with no waste; just delicious, healthy fish.

These completely different but equally viable and widely applicable approaches tackle the most pressing environmental problems of our time: clean water and healthy food.

People in the article have shown that everyone of us can start our own little revolution in bringing about a change. We need to look to nature for answers. No doubt many Nature oriented solutions won’t lead to patents, they will lead to a better world and environment – both good things in the long term.