This Trick Might Actually Get Americans to Eat Bugs

It really is a trick. 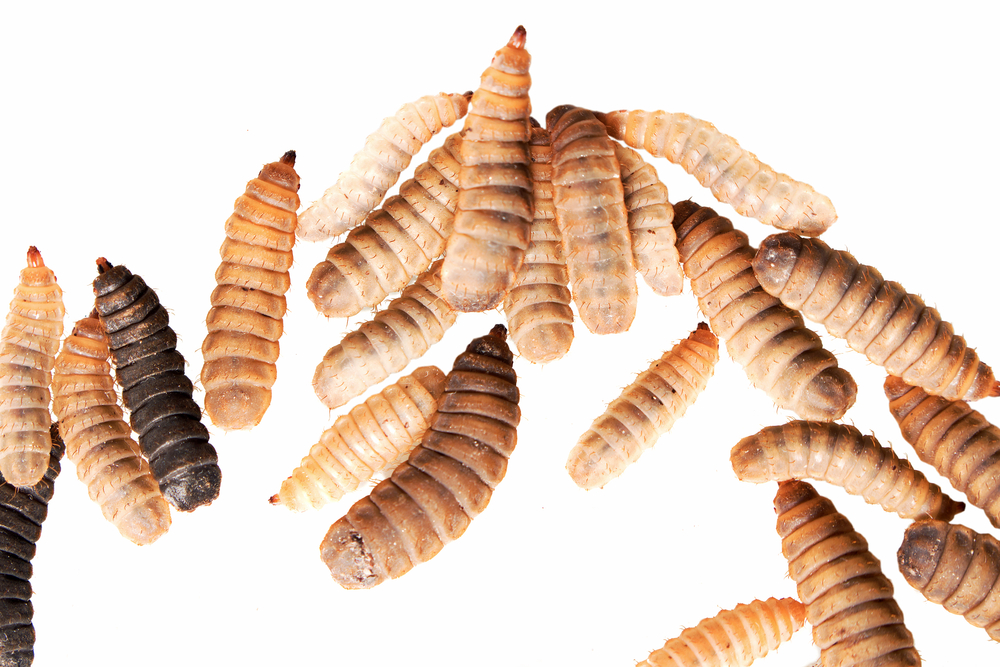 The quest to get Americans to eat bugs has not, in any kind of broad systemic way, caught on.

The arguments for entomophagy—that’s the technical term for eating bugs—are pretty clear, but in countries where it isn’t popular, it’s been an uphill battle. But what if there was a way to make use of many of the benefits of insects as food, without having to convince Americans to buy cricket flour?

The New York Times recently rounded up insect-as-food companies that are taking a new approach. Instead of trying to sell cricket cookies or protein shakes, what if we used insects to simply replace another segment of the agribusiness cycle that has issues? These companies have some similar tactics and motivations as the cricket cookie makers, but with a different market in mind. They want to feed bugs to livestock.

Much of the world’s farmland—about a third—is dedicated to crops grown for livestock feed. It’s especially stark in the United States, where the vast majority of corn and soy are used for either livestock feed or, in the case of corn especially, biofuel. That allocation of resources isn’t great; these crops require a great deal of land (which in many countries requires deforestation) and water, and of course there are the many fertilizer and pesticide issues that come with huge-scale monocrop farming.

Essentially, the entomophagy proponents have been saying, look, the livestock system is tremendously inefficient, in terms of resources per nutrient, and environmentally problematic to boot. Insects are nutrient-dense, have minimal requirements (much of the insect-as-food industry is indoors), and can even feed on organic waste.

New farms, including Protix in the Netherlands, AgriProtein in South Africa, and Enviroflight in the United States, are set up to grow insects to replace some of that corn and soy. These companies say a solid quarter of livestock feed can be replaced with insects with no loss in yield or harm to the animals, which include cattle and farmed fish. Instead of the crickets and mealworms that are typically eaten by people, these companies instead rely on the black soldier fly—or, more specifically, its larvae.

In a way, this setup is creating a middleman: the beef and farmed salmon industries would not be replaced by insects, as had been envisioned by companies like Hotlix. But the efficiency of insect rearing could have a great deal of potential as a feed addition—and the consumer wouldn’t have to eat a cricket.

Popular
7 Smokable Plants You Can Grow That Aren’t MarijuanaBrian Barth
New Solar Panels Allow Farmers to See the LightNaoki Nitta
6 Differences Between Llamas and AlpacasAndrew Amelinckx
The Cold Swim HomeMarcie Callewaert
Goat Sex: Everything You Wanted to Know But Were Afraid to AskAndrew Amelinckx
Explore Modern Farmer
Related
Aquaculture, Technology
Can Interactive Mapping Tools Guide Shellfish Restoration?Bridget Shirvell
Animals, Health, news, Technology
First Vaccine for Honey Bees Approved by USDAEmily Baron Cadloff
Animals, Opinion
Feed Ingredient for Dairy Cows Could Prove HarmfulHadee Thompson-Morrison, Brett Robinson, Sally Gaw
Animals, Fertilizer
Farmers Frustrated as Fertilizer Costs Soared in 2022Mónica Cordero Investigate Midwest/Report for America
We use cookies on our website to give you the most relevant experience by remembering your preferences and repeat visits. By clicking “Accept”, you consent to the use of ALL the cookies.
Cookie settings ACCEPT
Privacy & Cookies Policy