This bureaucrat-turned-farmer hopes to draw the best to agriculture to transform the way we farm. 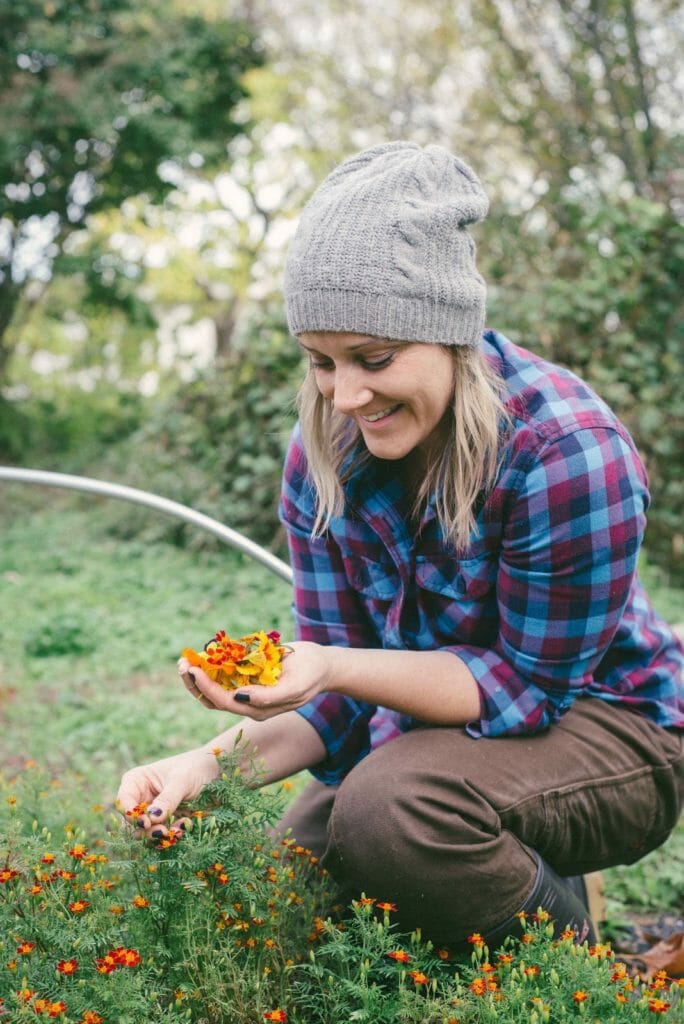 Mary Ackley always had a passion for natural sciences and the environment, but for a long time, she didn’t think she could make a living from farming.

The former engineer was never quite satisfied with the office jobs she had. She traveled the world in search of something more, and realized that what she wanted was to work outside with her hands.

“I would have loved to have gone and worked on a farm but your parents tell you ‘You’re not going to make any money and it’s not a real career,’” she says.

Ackley recently quit her job with the Foreign Service to give her full attention to her urban farm, Little Wild Things. She started the farm four years ago on a plot of land behind a monastery in Washington D.C.

She had read “You Can Farm” by Joel Salatin and “The Omnivore’s Dilemma” by Michael Pollan, and Salatin’s writing made her realize that the most environmentally sustainable way to farm would also be the most productive — and the most profitable.

But it didn’t come without its challenges. As with all urban farming, space was her biggest hurdle. It took a long search and some creativity to find both her first outdoor plot of land and later an indoor facility to grow microgreens.

When she first decided to start her farm, she hoped to find backyards or front yards she could use in the city, but she found no one she knew had a green space large enough to host her endeavor.

But then she had a eureka moment. “One day, while I was on a run, it occurred to me that while many houses don’t have land, institutions do,” she says.

She started looking at schools, churches and public buildings that might have some green space. That idea led her to approach a small monastery in her neighborhood to propose the concept. The monastery agreed to let her farm on a patch of land behind its building.

This became the launching pad for Little Wild Things City Farm. She started growing and selling vegetables to her local pub and a number of restaurants. Ackley began to grow microgreens in her condo and worked on the farm during weekends, as well as after work.

She eventually struck a deal to grow microgreens in the basement of her neighbourhood bar, The Pub & The People. With the help of the pub’s owner, she rigged up a full microgreens farm in the 500-square-foot basement, complete with heating and cooling systems.

“Then I was really rolling,” she says.

Her microgreens operation has moved around into different spaces over the years as it has expanded. Ackley recently discovered what she hopes will be its permanent home — a 4,000-square-foot facility she has leased for at least five years.

The outdoor part of the farm now grows edible flowers at the monastery plot, but microgreens are the large majority of her business. She says her farm’s dual model (having both indoor and outdoor spaces) provides resilience throughout the year, and allows her to take advantage of different urban landscapes.

More than two years ago, she took a year of unpaid leave from her work to focus on the farm. When the year was up, she hadn’t grown the business enough yet to support herself completely. So she returned to work at the Foreign Service. But the self-proclaimed risk taker says she just couldn’t tolerate the slow processes and red tape of the federal bureaucracy. She was finally able to leave her old job in April.

She says the future of farming depends on attracting the best and the brightest of the next generation: “We need engineers, scientists, creatives, business leaders to drive innovation and transform our food system and we can only do that if farming is a desirable job for talented young people.” But, she adds, you’re not going to attract people with graduate degrees unless you can pay a good salary, and you can’t pay a good salary unless you’re profitable.

Are you growing your micro greens hydoponically?