How Seed Saving Is Repairing a Painful Past for Native Americans

Reclaiming food traditions, a big part of it.

Thanks to an innovative seed-saving venture that began in 2017 on a patch of land in Kingston, New York, for the first time in decades, the Akwesasne can eat a much greater variety of their long-established, healthy foods. They can use those seeds in planting and harvesting ceremonies, just as their ancestors did. Seed saving is an ancient practice in which seeds and reproductive matter from plants are saved for future use. In nods to the past and sustainability, seed libraries and seed-saving projects are popping up across the country.

Purposefully named the Native American Seed Sanctuary, this initiative to safeguard and produce seeds to return to the Akwesasne is a collaboration between the tribe, Seedshed, the Hudson Valley Farm Hub and the Indigenous Seed Keepers Network. For Native Americans, it is spiritually meaningful because they believe that seeds are living, breathing beings from whom they are descended. Native Americans also believe in a symbiotic relationship in which the seeds, or seed relatives, take care of them by providing food. In return, they protect the seeds for the future.

“Much of the importance of revitalizing our traditional foodways and bringing back these heritage varieties of seeds is that they are a cornerstone to our cultural identity and our understanding of who we are,” says Rowen White, a Mohawk seed keeper who created the Indigenous Seed Keepers Network. She collected seeds from elders and entrusted Ken Greene, founder of Seedshed, to grow them. “These foods and seeds figure prominently in our cosmology, our creation story and many of our cultural stories,” she explains. 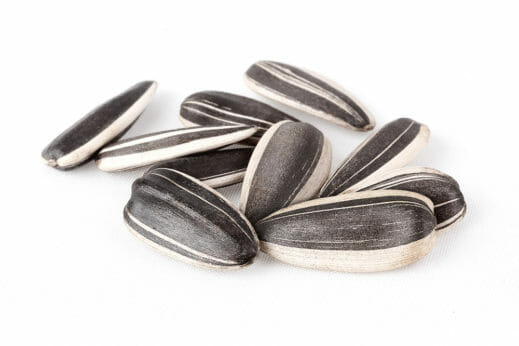 Greene established the country’s first seed-saving library in Gardiner, New York, and owns the Hudson Valley Seed Company. He believes that, like water, seeds should be treated as a resource that’s available to all, shared and protected. Each year, the Native American Seed Sanctuary grows one variety of corn, eight varieties of beans, two varieties of squash and one variety of sunflower in a “four sisters” configuration to return to the Akwesasne. White calls this seed return “rematriation” instead of the more commonly known term “repatriation” because the work of seeds belongs to women in Native American culture. She describes rematriation as “powerful healing.”

Greene says one of the most emotional parts of the project is the three-day harvest, where he invites the Akwesasne, local farmers, high school students and Mexican migrant farm workers to participate. “Through seed work and handling and conversations that explore historical and current traumas between these groups, there’s a lot of peacemaking and healing that can happen,” he explains.

Greene and White’s references to healing are the underpinning of the project, the painful recall of colonialism and the Trail of Tears, in which Native Americans were forced from their lands. James Beard Award–winning chef Sean Sherman, Oglala Lakota, says that Native Americans hid and sewed seeds in their clothing to protect them. “The European colonial culture had no sense of those really deep connections and stories at all,” he says.

Sherman is on a mission to revitalize and bring awareness to indigenous foods, which began when he sought to understand what his ancestors ate in the late 1800s. In his research, he discovered how unsung indigenous agriculture is, even though these seeds that are now traditional in all corners of the world changed the entire world, he says. “You see corn in its many varieties and all the different kinds of squash, beans, tobacco, sunflowers and amaranth,” he says. “So many beautiful seeds are out there.” His cookbook, The Sioux Chef’s Indigenous Kitchen, won a James Beard Award last year. In May, he received the group’s leadership award for his work, which includes founding the nonprofit North American Traditional Indigenous Food Systems and opening a not-for-profit restaurant and training center called the Indigenous Food Lab in Minneapolis. 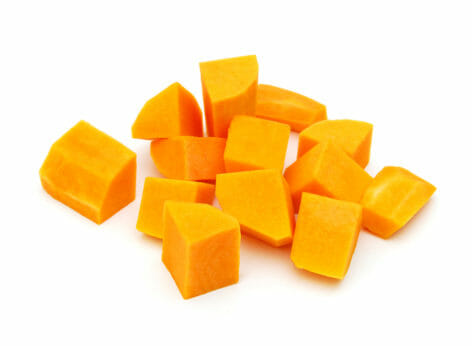 Sherman and White serve on the board of Seed Savers Exchange, the country’s largest public-access seed bank. Last year, White forged an ambitious and successful trial partnership, similar to the Native American Seed Sanctuary, between Seed Savers Exchange and her Indigenous Seed Keepers Network to return 25 seed varieties to 11 tribes in New Mexico and the Upper Midwest. Fundraising covered costs, the exchange’s farm grew seeds, and culturally sensitive guidelines, protocols and best practices were developed. More importantly, the tribes retained control of their seeds, many of which are traditional, culturally appropriate and not commercially available. This year, 20 individual varieties will be rematriated to 16 tribes across the country. White expects the effort to grow. The organizations have identified hundreds and even thousands of varieties with tribal origins found in the vaults of public institutions, seed banks, universities, seed keeper collections and elders.

“Rematriation allows Native Americans to produce foods and seeds and gain a true sense of sovereignty,” says Sherman. “This work honors the grand lineage of ancestors who kept these seeds alive despite adversity and challenges,” adds White. “It’s a renewed commitment to make sure that younger generations have them for generations to come.”

Great article. I live near Tucson Arizona, home to Native Seed SEARCH, a non-profit organization founded in 1983 to save rare varieties of Native American seeds of the S.W. U.S. and N.W. Mexico, a region with a 4,000 year old agricultural history. I’ve had the opportunity to participate with them on several projects, including growing out the nearly extinct chapalote corn and using selection to bring it back to its original form – http://erdakroft.com/Blogs/Entries/2013/2/14_Native_Seed_SEARCH_Heirloom_Grain_Project.html (anyone interested in this and other heirloom seed can contact me via the contact page in the link {top of page} – you can also go… Read more »

Great article, very interesting. Can this corn seed be bought and grown in gardens or fields around the country?

Where to purchased the seeds?

My farm is on First Nation Land in Tsi: karístisere – near Akwesasne. Would live to plant those seeds

Seed should be made available, with the agreement that 1/3 of production goes ack to the seed bank

Are there possibilities for acquiring some of these ancient seeds?

Seeds Available in CA or online?

It’s imperative that a person remains in contact with their roots. Seeds give you the ability to remain rooted and thrive. When a person learns to respect seeds they grow with them. Your relationship to the land and saving seed will help ensure that seeds have the best opportunity to survive into the future. BE KIND, BE TRUE, BE YOU…

Popular
Could Dissolvable Cranberry Film Replace Plastic Packaging Someday?Emily Baron Cadloff
Alaskan Salmon Face a Stream of New MinesBecki Robins
7 Smokable Plants You Can Grow That Aren’t MarijuanaBrian Barth
Why Don’t We Eat Turkey Eggs?Dan Nosowitz
Goat Sex: Everything You Wanted to Know But Were Afraid to AskAndrew Amelinckx
Explore Modern Farmer
Related
MTMF
Q&A: Michael Foley, A Modern Advocate for Traditional FarmingJoan Bailey
Politics
American Indian Tribes Create an Agricultural Coalition to Impact the Next Farm...Dan Nosowitz
Lifestyle
Modern Native American Cuisine and the Myth of ThanksgivingSam Brasch
Plants
The Pilgrims Had No Idea How to Farm Here. Luckily, They Had...Andrew Amelinckx
wpDiscuz
We use cookies on our website to give you the most relevant experience by remembering your preferences and repeat visits. By clicking “Accept”, you consent to the use of ALL the cookies.
Cookie settings ACCEPT
Privacy & Cookies Policy