Marigolds have long been planted alongside tomato plants, and not just because of their pretty flowers. 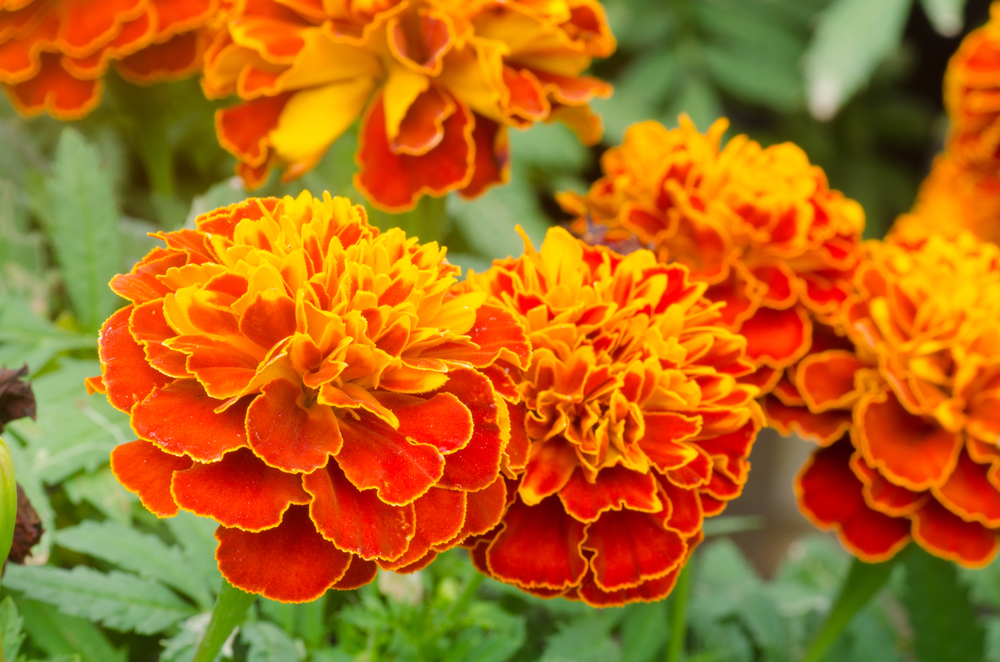 Marigolds—a flowering plant in the daisy family—are common companions for tomatoes. In the long lore of gardeners, the marigold is thought to do something to help tomatoes avoid pests. New research finds that it isn’t just lore.

Researchers from Newcastle University tested marigolds to see exactly what kinds of gaseous chemicals were released by the plants. The most notable of those compounds was limonene, also the major component of the oil in citrus peels.

In a couple of greenhouse trials, they discovered that pots of marigolds do in fact deter whiteflies, small insects that are usually found on the underside of plant leaves. Whiteflies are significant pests of fruits and vegetables, along with ornamental plants, but when marigolds were nearby, the whiteflies significantly reduces their number.

But that first experiment only applies to preventive measures. What if you’ve already got a whitefly problem? Can you just plop a potted marigold next to your tomato plant?

Another experiment, published in the same article, found that adding an “emergency” marigold has only a minimal effect. But the researchers also created a limonene dispenser, a little bit like an air freshener, that spat out nice citrusy limonene. That dispenser turned out to be much more capable of reducing whitefly populations, even when they’ve been allowed to build up.

The researchers note that actually planting marigolds alongside your tomatoes is a good idea, if you can; aside from looking nice, using another plant as a pest repellent is a far better solution than a pesticide, which kills beneficial insects as well as harmful ones.

Plant dill seed around your tomato plants–you will never again have green tomato worms.
I’ve done this for years–guaranteed!

Farmer is most important

I need information on gardening, growing vegetables and companion plants

Need to order vegetable seed. Anyone can help

You write the best articles, Dan Nosowitz. Thanks!

Good to know this. Let me know the host plants for other vegetables.

Popular
7 Smokable Plants You Can Grow That Aren’t MarijuanaBrian Barth
New Solar Panels Allow Farmers to See the LightNaoki Nitta
6 Differences Between Llamas and AlpacasAndrew Amelinckx
The Cold Swim HomeMarcie Callewaert
Goat Sex: Everything You Wanted to Know But Were Afraid to AskAndrew Amelinckx
Explore Modern Farmer
Related
Plants, Technology
Researchers Are Working on a Magical Corn Crop That Doesn’t Need FertilizersDan Nosowitz
Animals
4 New Studies are a Buzzkill for BeesGloria Dawson
Plants
New Research Indicates Plants Are Smarter And More Aware Than You Could...Dan Nosowitz
Technology
New Research Could Improve Weather Forecasting for FarmersDan Nosowitz
wpDiscuz
We use cookies on our website to give you the most relevant experience by remembering your preferences and repeat visits. By clicking “Accept”, you consent to the use of ALL the cookies.
Cookie settings ACCEPT
Privacy & Cookies Policy