4 New Studies are a Buzzkill for Bees - Modern Farmer
Animals

4 New Studies are a Buzzkill for Bees 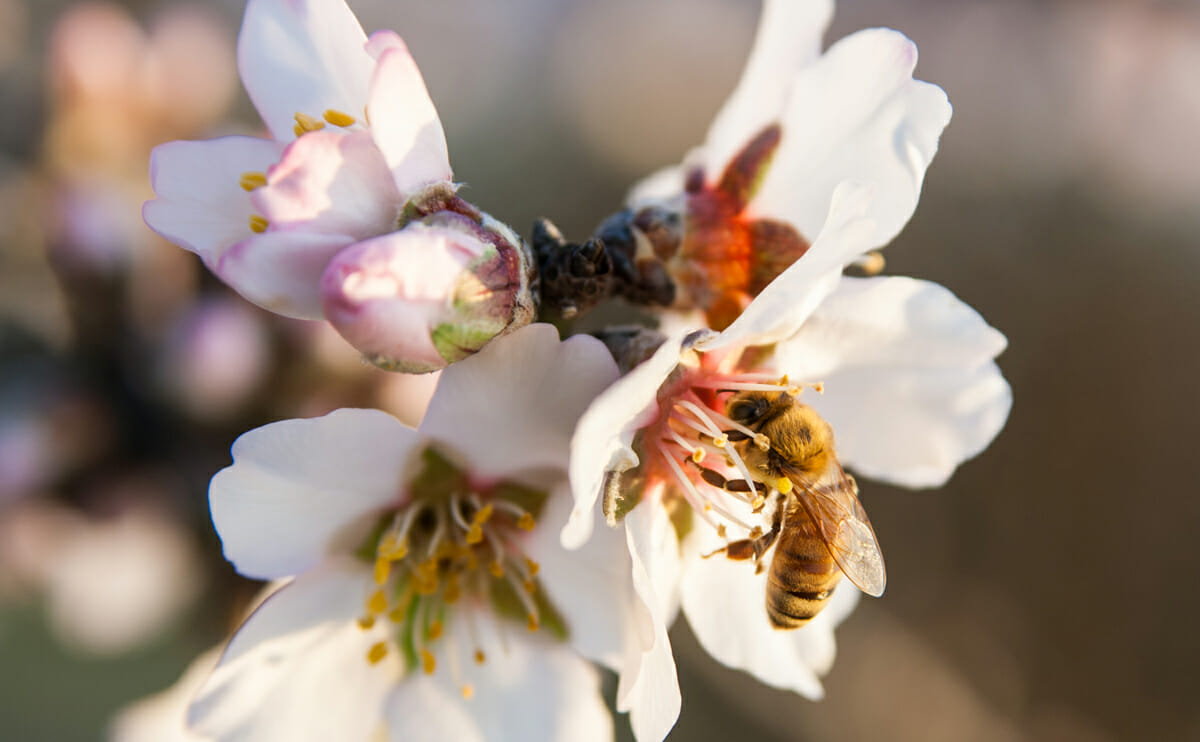 Why do we care so much about bees? It’s not just their stylish stripes. Bees are an incredibly important part of our food system, and these pollinators are vital to crops. Without bees we lose everything from almonds to apples, from beets to Brazil nuts.

Regular Modern Farmer readers can attest to our infatuation with these insects and our concern for their struggle over Colony Collapse Disorder (CCD), which has destroyed 10 million bee hives.

Earlier this spring the USDA released a report on CCD blaming a “a complex set of stressors and pathogens.” The list included everything from cell phones to climate change.

Shocker: Pesticides and Fungicides are a Problem for Bees

After feeding bees pollen from various crops in the East Coast, researchers out of University of Maryland and the U.S. Department of Agriculture found a decline in the ability of these bees to fight infection from a parasite called Nosema ceranae. This parasite has been implicated but not directly linked to CCD. The pollen was tested and found to contain on average nine different pesticides and fungicides. Previously fungicides were thought to be harmless to bees, but the study found “an increased probability of Nosema infection in bees that consumed pollen with a higher fungicide load,” researchers wrote in the study, which was published in PLoS ONE. Even bees who pollinate plants not directly sprayed with pesticides are in danger. Researchers found that plants were contaminated with pesticides even when not directly sprayed with the chemicals. Perhaps Quartz summed it up best when they called this “Bee Apocalypse Now.”

During a study published in Proceedings of the National Academy of Sciences, researchers found that removing one type of bee species can reduce competition among the remaining bees, thus disrupting “floral fidelity,” or specialization. This causes a decline in the efficiency of pollination causing plants to produce less seeds. “We found that these wildflowers produce one-third fewer seeds in the absence of just one bumblebee species,” said study lead, Berry Brosi, an ecologist out of Emory University, in a press release. “That’s alarming and suggests that global declines in pollinators could have a bigger effect on flowering plants and food crops than was previously realized.”

As bee populations decline, food producers rely more and more on imported bees for pollination, and these visitors can wreak havoc on the natives reports a study in the Journal of Applied Ecology. England alone imports 40,000 and 50,000 bumblebee colonies a year. Researchers at the University of Sussex studied a selection of these imported bees and found that 77% had parasites that could infect native bees. Currently bee colonies arriving in the UK are not screened for diseases, and researchers hope this study encourages regulators to do so.

We aren’t bees’ only enemies it seems. A study out of the University of California Berkeley published in Nature demonstrates that spider webs are designed to attract bees. The positive charge that a bee creates from the friction of its moving wings actually attracts the bee to the web increasing the chances that a flying insect will make contact and stick to the web.