Generaciones is a project that focuses on helping the children of coffee producers in Central America’s Trifinio region (parts of El Salvador, Guatemala and Honduras) find work in the coffee industry. 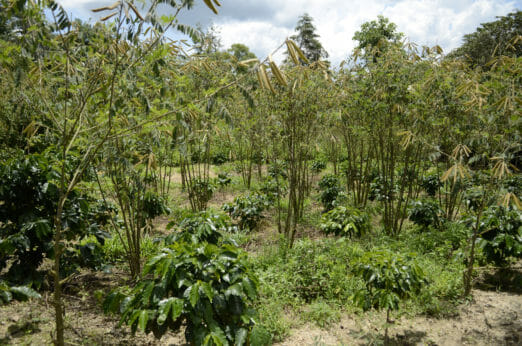 Sitting around a table in Ocotepeque, Honduras, a small town near the border of El Salvador and Guatemala, sharing coffee and baleadas, I ask the group I’m seated with about what factors go into making a good-quality cup of coffee.

“Producers need to clean residue from the machines they use for processing,” says one person.

“Don’t put coffee on the humid ground,” adds another. “Nearby animals can affect the flavor!”

What’s exceptional about these six coffee experts is their age: mostly 19 and 20, and one as young as 15. This group of teenagers — four young men and two young women — is part of Generaciones, a project that focuses on helping the children of coffee producers and other youth with experience in coffee find work in the coffee industry. 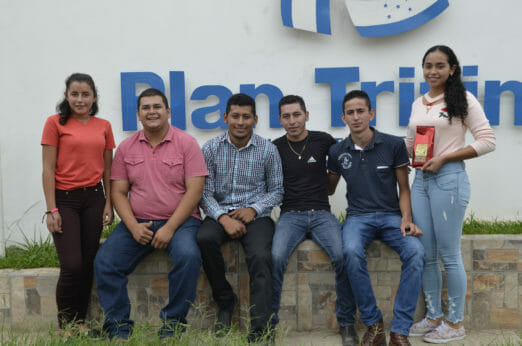 Generaciones is part of a larger initiative by Hanns R. Neumann Stiftung (HRNS) that focuses on coffee and the people who grow it. It operates in Central America’s Trifinio region, an area that encompasses parts of El Salvador, Guatemala and Honduras. The average coffee grower in the Trifinio region is 50 to 60 years old and struggling. One big reason for this is climate change. Temperatures are rising, making it harder to produce high-quality Coffea arabica in the altitudes where it is currently grown. Rains are becoming erratic and unpredictable. When they come too early, plants flower prematurely; when they don’t come soon or often enough, plants die of thirst. In addition, a fungus called la roya — “coffee leaf rust” in English — has been wreaking havoc on Central American coffee since 2012. Despite all this, coffee prices are currently at an all-time low, thanks to increased production from Brazil. The price right now is hovering around $1 a pound.

Many of the children of these growers see what’s happening and want no part of it. Even their parents are telling them that this isn’t a good life for them. “Who will produce coffee in the future?” asks Belkis Vicente, a project technician for Generaciones. “That is the big question.”

Without a coffee industry in the Trifinio region, these kids may be forced to leave in search of other economic opportunities and migrate to cities or out of the country. Many people from the area try to go as far north as the United States. “The migration of young people here is growing more every day,” says Vicente.

Along with HRNS, she believes that there is a future in coffee in Central America. But it won’t look the same as it did for the previous generation. “We don’t pretend that growing coffee is the same as before, because of climate change,” says Vicente. 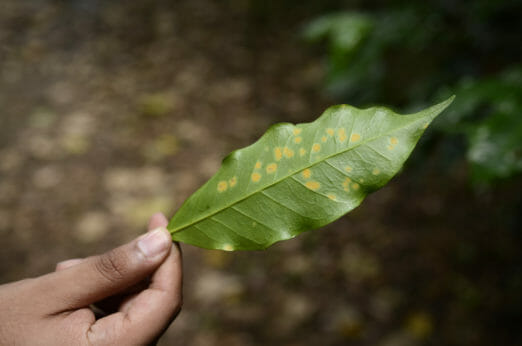 Coffee rust on a coffee leaf

To help coffee in the region adapt to the changing climate, participants learn about climate-smart growing techniques, such as planting trees to create shade and prevent erosion, spacing coffee plants farther apart to allow room for mulch to lower soil temperature, using beneficial fungi like Trichoderma spp., and applying lime and gypsum to the soil to lower its acidity. They also understand that, due to the unpredictability of commodity pricing, the future of coffee for them will be in producing specialty coffee at specialty prices, so they are very focused on the quality of coffee over the quantity. “We’re a country of coffee producers,” says 19-year-old Elder Vicente, one of the participants. “We should know about what we’re producing.”

Generaciones isn’t just focused on growing coffee, though each participant is required to grow a small plot of coffee using climate-smart techniques. “There are other opportunities in coffee, not just planting and harvesting,” says Belkis Vicente.

Participants can learn about becoming baristas and cupping, as well as machine repair, distribution and other aspects of the coffee industry. The project is only a few years old, but already some of its graduates have gone on to do coffee machinery repair, open a café and start a biofertilizer company using coffee waste. One graduate used what he learned to help his father’s honey business. 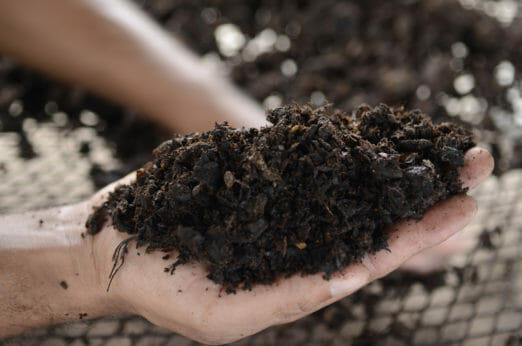 Biofertilizer at BIOVASA made from coffee waste

“It’s a beautiful experience, especially being a woman,” says 19-year-old Maritza Leverón. “We’re learning things that I’d never learn at home.” Along with her older brother, Kevin, a Generaciones graduate, she has started a small coffee business selling what they grow on a part of their family finca.

On my second day, I visited another group of teenagers: six young women and 15 young men. When I arrived, they were already seated in a semicircle of chairs in a church classroom. They’re also part of Generaciones, in the first phase of the project. This initial phase is less focused on coffee and more focused on personal growth and confidence building. “Sometimes the kids feel like they can’t do anything well, so you have to work on that,” says Vicente. “You ask them what they want to do and they say ‘No quiero hacer nada.’”

However, this day’s lesson has to do with coffee. At the front is Kevin Leverón, co-manager of the small biofertilizer company Biovasa. He is standing up front with a whiteboard that says “costo” (or “cost”), asking the teenagers to tell him about fixed and variable costs when it comes to coffee.

“If you rent a location, is it a fixed or variable cost?” asks Leverón.

“Fixed!” some of the teenagers call out.

“Because it stays the same!”

Water, it turns out, is more complicated because the prices change based on use in some municipalities and remain the same, no matter what, in others.

They’re a couple of months in and, according to Vicente, the kids are already much more confident now than when they started. She says that most of the participants were too shy to speak at first. Now, they’re raising their hands, calling out and talking over one another.

Before I leave, we see the group participate in a trust exercise. Leverón and another instructor set up a maze of mousetraps, with a few small balls placed throughout. Then they blindfold one of the boys. His task is to walk through the maze and pick up the balls without getting snapped by a mousetrap. For assistance, one of the girls walks along with him. She can’t touch him, but she can give him instructions. The rest of the group is lined up against the wall. Every time the boy gets close to a mousetrap, everyone gasps. When he picks up a ball, they cheer.

Many of these teens are most interested in cupping and learning how to discern high-quality coffee. Some talk about opening repair shops in their communities, and others want to turn their family coffee farms into organic operations. The kind of work they do will, no doubt, look very different from what their parents did, but perhaps their futures will still be in coffee and in Trifinio.

I appreciate the done to the youths

Related
Lifestyle, Plants
A Plantable Coffee Cup That Can Reforest The LandDan Nosowitz
Food & Drink
Colombian Coffee at the CrossroadsAleszu Bajak
Lifestyle
Old Time Farm Crime: The Coffee Spies of the 1700sAndrew Amelinckx
Food & Drink, Lifestyle
Battling the Coffee Rust: Photos of Farmers Fighting an EpidemicStephanie Parker
wpDiscuz
We use cookies on our website to give you the most relevant experience by remembering your preferences and repeat visits. By clicking “Accept”, you consent to the use of ALL the cookies.
Cookie settings ACCEPT
Privacy & Cookies Policy