A Plantable Coffee Cup That Can Reforest The Land - Modern Farmer
Lifestyle, Plants

A Plantable Coffee Cup That Can Reforest The Land

Finished your coffee? Great. Now grow a strand of wildflowers with the cup. 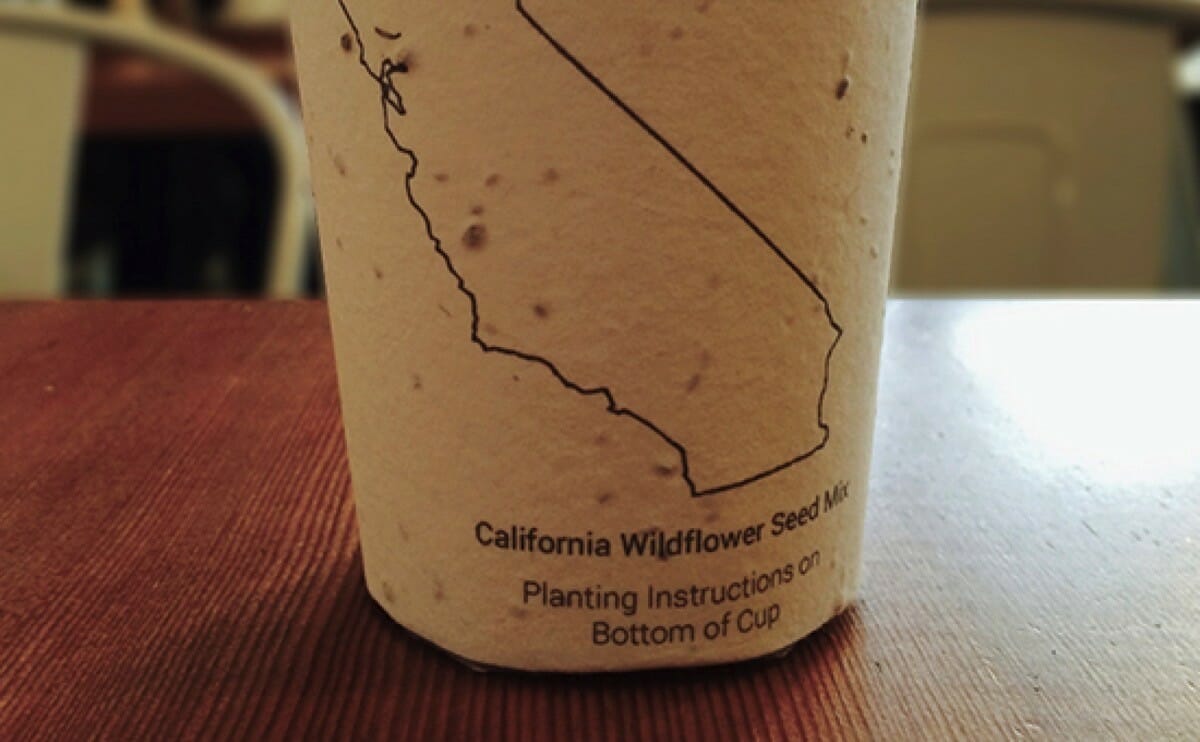 Disposable coffee cups have become the norm for takeout coffee, and given that the average American drinks more than three cups of coffee per day (!), that’s an awful lot of cups. Reusable cups, like travel mugs or just regular mugs at the office, would be the preferable solution, but not everyone can carry around an empty mug just in case they want some coffee on the go.

Coffee cups aren’t nearly as bad for the environment as, say, discarded K-cups from a Keurig machine, because the standard cardboard coffee cup can be recycled a few times before its fibers break down too much to hold hot liquid. But they’re certainly not helping the environment. A company called Reduce. Reuse. Grow. (sic) just posted a concept on Kickstarter that’s trying to turn coffee cups from, at best, a neutral impact on the environment to a positive one.

The concept is a plantable coffee cup, which the company claims costs as much as any other biodegradable coffee cup (about $0.02 per cup) and hardly more than a typical Solo-brand non-recyclable cup ($0.01). The cardboard used in these cups is compostable and embedded with native seeds (at the moment, just California seeds, as it’s intended for use there – there’ll be wildflowers, pines, and desert plants, depending on where in the state it’ll be used). The cup can be composted as you’d compost a banana peel or orange rind, and if you take just a touch more effort, these cup can be so much more.

All you do is unravel the cup so it’s a single piece, soak it in water for five minutes and plant it anywhere you’d like: parks (assuming that’s allowed at your particular park), gardens, individual pots or planters. The seeds will bloom and grow, and hopefully thrive enough to actually remove CO2 from the air. The company also has plans for special garbage cans where you can throw the cups, so people can come and grab them for mass reforestation purposes.

The project has already zoomed past its funding goal of $10,000, so there’s a real chance you might see the plantable coffee cup handed out at a coffee shop near you. Assuming you live in California, at least.

Image via the project’s Kickstarter