Meet Mumma: She kept the herd in line.

That was her self-appointed job. That’s what she seemed born to do. And not even a horrific barn fire could deter her. 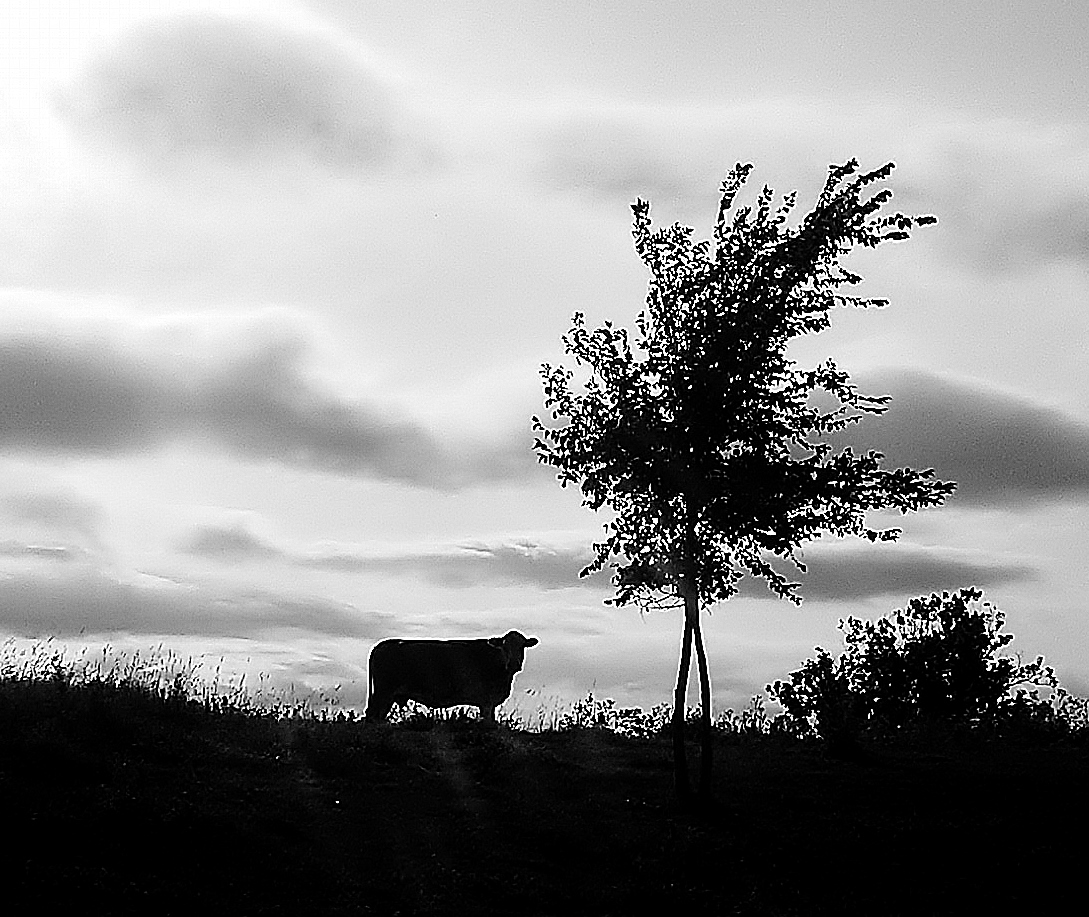 Her birth name was Lois. But to Lizz and Ben McLaughlin, she had always been Mumma—one of two Herefords they inherited when they rented their first farm. Over time, the McLaughlins bought more cattle, moved them in with Mumma and their other Hereford Piper, and moved north to establish MooShine Cattle Co. in Dyer Brook, ME.

From the start, Lizz recalls, Mumma had always been different. Mumma took it upon herself to keep track of the herd,
always positioning herself so she could see everyone. When the McLaughlins had fewer cattle and Mumma was younger, all it took was “The Look” from her and the yearlings would instantly refrain from any monkey business. Mumma would hold the whole herd at the fenceline when Lizz or Ben would take it down to rotate pastures, and she wouldn’t allow any of them to move across the fence into fresh grass until they heard “The Whistle” signal. Yes, Mumma ran a tight ship, but possessed a heart big enough to mother the herd, whether babysitting beef calves or mentoring new heifers. 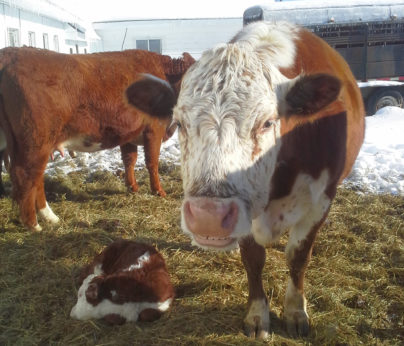 In February 2016, the McLaughlins had a barn fire. As Lizz remembers that night, “it was horrific—smoke, ashes, and chaos. The roof was collapsing and the firefighters were doing all they could to cold the flames back long enough for my husband and me to get the animals out. Our dairy steers had never been outside before, but we didn’t care—it was go outside or burn. We threw open the gates and drove them out through the smoke into the dark. The beef herd was gone. Like not in the barn, not in the pasture. Just gone. They saw the fire and headed for the hills.”

Everyone was gone. Everyone that is, except Mumma. Her motherly instincts told her there were still animals that needed her and she stayed, even though her calf had run off with the herd. Mumma kept the terrified steers calm and managed to keep them within the confines of the electric fence, which was off due to snow and ice. While Lizz and Ben herded the hogs and calves out of the barn and into the night, Mumma kept the herd together, quiet and out of the way. The following day, as the McLaughlins began to go through the wreckage to salvage what they could and establish temporary housing for the animals, Mumma called the herd to come home when it was safe to return. They had survived the fire, and she was back at her day job as though nothing remarkable had happened the night before. 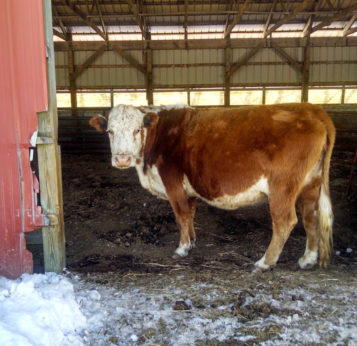 Today, Mumma is gone. She had just passed her 20th birthday, had lost her calf the previous year, and was growing arthritic. Together, Lizz and Ben made the agonizing decision to ship her while she was still relatively healthy rather than see her life and life’s work dissipate.

Mumma wasn’t much to look at, reflects Lizz, but the herd isn’t the same without her. Still, they have her daughter Merry to remember her by, and something even more enduring. That photo of a solitary Mumma standing atop the hill is now the logo for MooShine Cattle Co.: testimony to her life, her courage, and her job exceptionally well done. 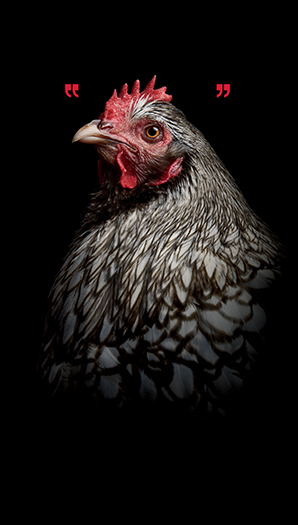