That seafood is often mislabeled should not come as a surprise. 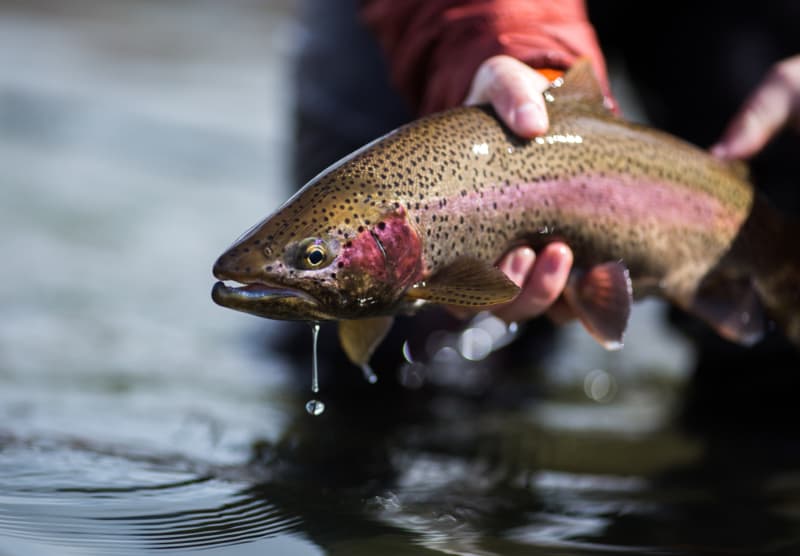 A rainbow trout. Not a salmon, though it may be sold as such.
Photography Cannon Colgrove / Shutterstock
Share
Tweet
Pin
Email
254 Shares

Numerous studies over the past few decades have indicated that what a fishmonger says a fish is has very little relationship to the actual fish. There are a variety of reasons for this, but as long as it’s a problem—and it doesn’t seem to be shrinking at all—it’s important to shed light on the issue. This week, New York state’s attorney general, Barbara D. Underwood, released a report looking at seafood fraud in the Empire State. The results are…extremely not good.

Seafood is not a particularly easy category to identify quickly. Much of the country’s seafood comes from various types of only a few major varieties, like salmon, snapper, or cod, and those varieties aren’t necessarily much different in appearance. And most seafood sold at supermarkets, which is what the New York study looked at, is already gutted and filleted, which removes some of the (already sparse) telltale signs of different species. But different kinds of seafood can command completely different prices: wild versus farmed, high-end varieties (king salmon, Dover sole) versus cheaper ones. Those factors make it extraordinarily common to find seafood fraud.

The new study, titled “Fishy Business,” specifically targeted supermarkets, buying and testing products from 155 different locations, made up of 29 different supermarket brands. Only some of the products used what’s known as the barcode system, a DNA-based database, but of those that did, 26.92 percent were mislabeled. Again using that barcode system, the study found that certain species were extremely likely to be mislabeled; 14 out of 16 lemon sole samples were mislabeled, and 31 out of 46 red snapper samples. Cheaper, similar fish were often substituted, like flounder instead of lemon sole, or even rainbow trout instead of wild salmon.

Some supermarket chains fared worse, too. Twelve supermarket chains were big enough to have ten or more locations tested; of those, a whopping five had suspected mislabeling of more than 50 percent. The worst: Western Beef, Uncle Giuseppe’s, Stew Leonard’s, Foodtown, and Food Bazaar.

There are lots of reasons why consumers might opt for more expensive fish, and be upset if given a different item. There is, of course, the basic dishonesty and erosion of trust, that if you are told a product is one thing, it should not be something different. But many consumers also buy certain species out of health or environmental concerns. Take red grouper: some consumers may be interested in that species because, when caught with set longlines in the Gulf of Mexico, the Monterey Bay Aquarium’s Seafood Watch lists it as a “good alternative.” But this study finds that fish labeled as red grouper was actually snowy grouper, which Seafood Watch says is “considered highly vulnerable” and may involve unwanted bycatch.

The attorney general’s office issued warnings to the five supermarket chains listed here, but seafood fraud is a notoriously difficult crime to stop. But how much can consumers do, if they can’t trust their fishmonger?

Consumers should Google an image of the fish or fillet they are buying to see how it compares to what the fishmonger is selling!

Is it possible to list the markets that participate in the,”fraud”?

Miss your magazine
Kept all published from day one

Related
Food & Drink
Farm Fakes: A History of Fraudulent FoodShoshana Walter
Food & Drink
Maybe We Just Shouldn’t Ever Buy Grocery Store ChickenDan Nosowitz
Animals, Plants
We Have No Idea What Kind Of Cannabis We’re BuyingDan Nosowitz
Technology
Nebraska Farmers Sue Monsanto for Allegedly Giving Them CancerDan Nosowitz
wpDiscuz
We use cookies on our website to give you the most relevant experience by remembering your preferences and repeat visits. By clicking “Accept”, you consent to the use of ALL the cookies.
Cookie settings ACCEPT
Privacy & Cookies Policy