From the moment he dons his red bandana, he’s ready to comfort people in pain. Just how good is Winston? Good enough to have earned a testimonial letter from the world-renowned Cleveland Clinic. 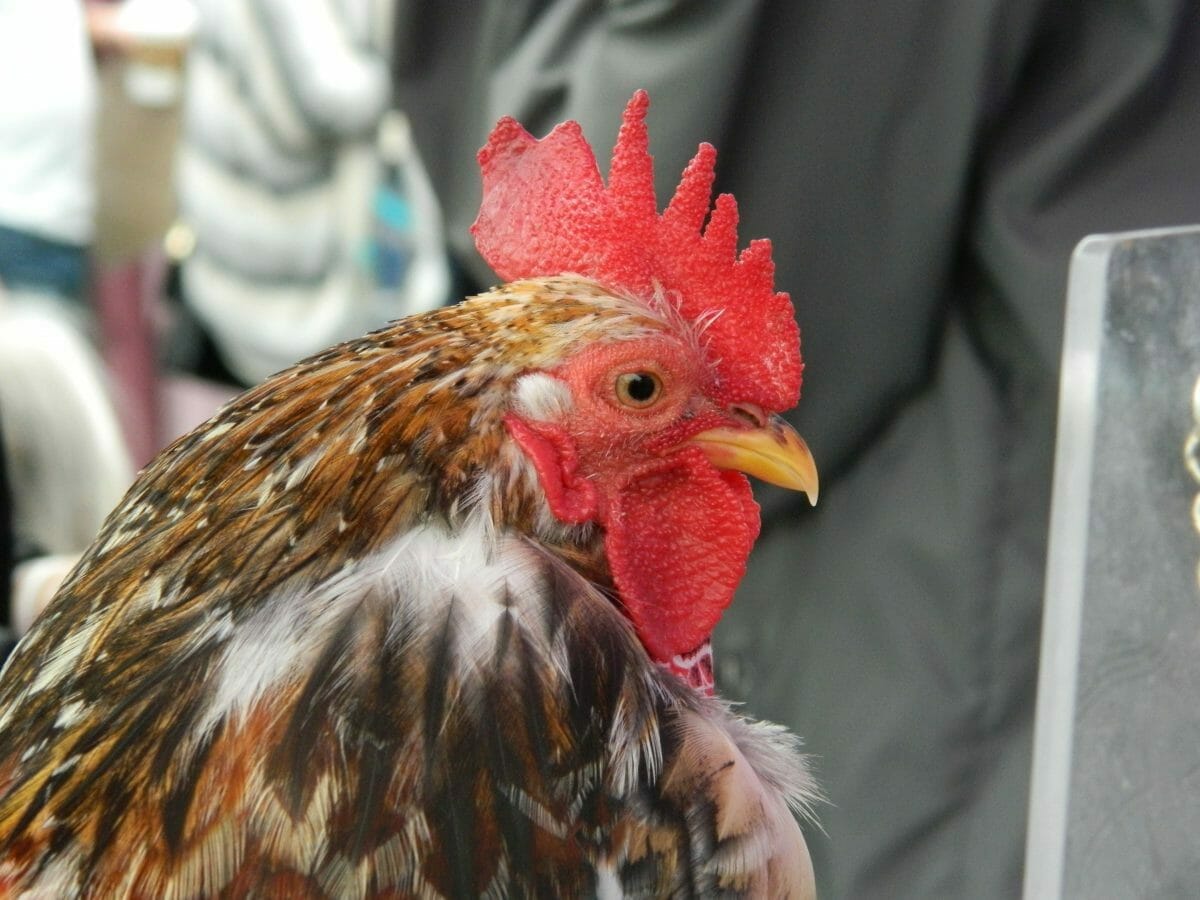 Like most 11-year-olds, Joey Bontempo desperately wanted a pet but was allergic to cats and dogs. Rather than disappoint him, his mother Sandy brought home chickens. She started with six, but as her backyard brood grew, the city used a pigeon ordinance to try and shut her down. Sandy pleaded her case and went to every city council meeting for six months. But it was Joey who finally won hearts and minds. He stepped up to the council’s podium one night and spoke about his allergies, his anxiety, his love for his chickens. He ended by telling council members that forcing him to give up his beloved birds would be un-American.

The mayor shook his hand. The chickens could stay. The timing was perfect, because Winston Bontempo—a three-year-old Serama nicknamed “Winnie”—was about to become the nation’s first therapeutic rooster, certified by Dr. Christine Pappas of the West Geauga Veterinary Hospital in Chesterland, OH.

How does one become a therapy bird? (Chickens cannot be service animals.) Personality and temperament are key. Winston was hatched at the Bontempo home and began to bond with people immediately. One gloomy March day when Sandy sensed Winston had cabin fever, she brought him to a local home & garden show where she was promoting her FreeRange SkinCare line (made, not coincidentally, with home-grown eggs). As she recalls, “People who had never seen or pet a rooster could experience it for the first time and see their potential. They also saw my products in a different way. They loved him. And he just ate it up. After that, it became his job.”

Markets, including the famed Cleveland Flea, became Winston’s training ground. That experience evolved into certification tests to evaluate how Winston handled outside stimuli and how he dealt with children, people with autism, and older people. As Sandra observes, he was a natural: “He’ll purr, he’ll snuggle up, he knows when people are feeling down. He really empathizes.” 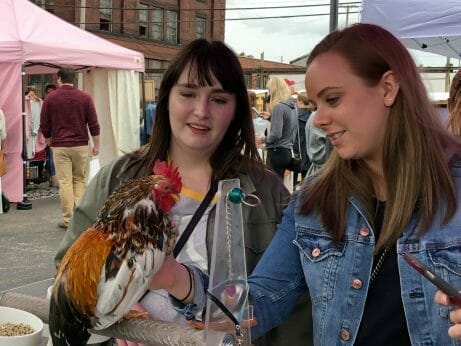 In the two years since his certification, Winston has gone out at least once a week and developed a word-of-mouth following. As a result, Winston was called in at the request of a woman in hospice with end-stage cancer and only days to live. One of her final wishes was to meet him. Scott D. Petersen, Inpatient Pain Management/Pain Education Coordinator at Cleveland Clinic/Avon Hospital, scrambled to make it happen. The patient was wheeled into a room where Winston was gently placed in the crook of her arm, softly nuzzling the woman and nestling in next to her. “Although this patient was near death and had difficulty communicating, the change in her demeanor and facial features was obvious and striking.” Peterson wrote in his testimonial letter. “A face filled with pain and suffering relaxed. For about an hour, the patient and her family beat cancer with the help of Winston.”

The therapeutic disposition appears to be all in the family. Winston’s little brother Theodore just took his certification test, and his son Muffin debuted at Cleveland Flea in August.

Winston’s power is towering, even if his size is somewhat diminutive. That red bandana? Custom-made, thank you very much, because nothing off-the-shelf would fit. When Winston is dressed with his bandana, he’s clocking in—he knows he’s got work to do. Otherwise, he’s a normal rooster like all others. Well, not quite. It’s not every rooster that gets to rock out at Cleveland’s InCuya Music Festival, walking up and down the aisles, basking in the crowd’s adulation. 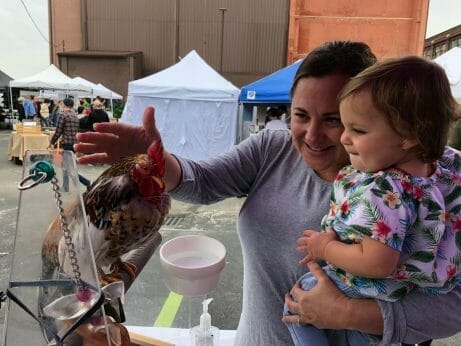 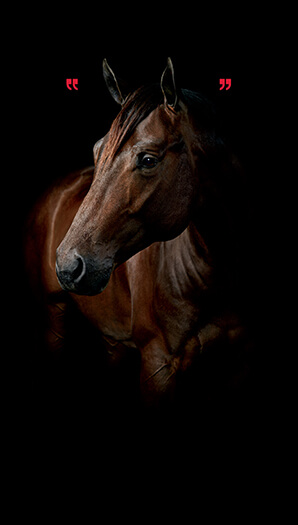