The War on Breastfeeding, Tariff Tantrums and a Farm Bill Update: Your Summer Food Policy Roundup

Amid the scandal-plagued world that is Washington, D.C., we bring you five food policy stories that you might have missed this season. 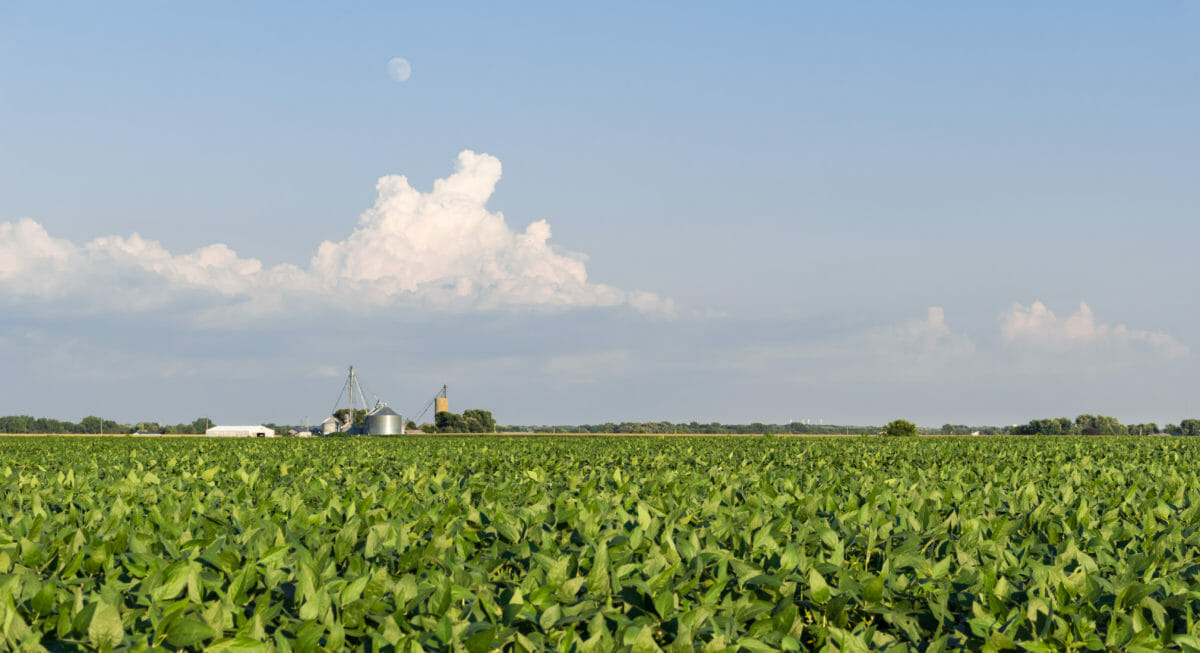 Major Food Manufacturers Are Banning Together to Lobby For Increased Regulations

Over the last year, many of the world’s biggest food companies have jumped ship from the Grocery Manufacturers Association, the lobbying group that has long represented them in D.C. First, it was the Campbell Soup Company, then Nestlé, then a horde of others, from Tyson Foods, the chicken conglomerate, to Cargill, a $60 billion agribusiness.

The exodus, in essence, was caused by a split over how to deal with hot-button food policy issues, such as GMO labeling. By leaving, the companies were sending a message that they wanted to respond to consumer demand for healthy, responsibly-produced food over junk food. The Grocery Manufacturers Association (GMA) has long resisted virtually any form of regulation aimed at reducing the health and environmental impacts of the food system. But it seems some wise executives realized they were digging themselves a hole by not embracing this trend.

Which is why in July, four of those companies – Danone, Mars, Nestle, and Unilever – banded together to form the Sustainable Food Policy Alliance, pledging to lobby for some of the very regulations that the GMA traditionally lobbied against.

Food system crusaders, naturally, are taking the good Samaritan gesture with a grain of salt. Clearly, the move has been made in an effort to maintain profitability, not necessarily out of the goodness of their hearts. “Let’s give them credit for going after the low-hanging fruit first,” Marion Nestle, the legendary food policy scholar, said in an interview with the Washington Post. “But the real question will be what they do next.”

No one expects to see organic, sugarless, and gluten-free Snickers bars at convenience stores anytime soon, though one could argue that that’s where this is headed. The question is, would that even be a good thing?

The War on Breastfeeding

The $70 billion infant formula industry has largely has flatlined in recent years as women worldwide increasingly turn to their own bodies to nourish their babies. Formula manufacturers aren’t happy about that, of course. This summer they tried a sneaky move to boost business.

In early July, The Times broke a strange story: a World Health Organization meeting in Geneva was disrupted by a U.S. delegation who refused to endorse a resolution, penned by Ecuador, to promote breastfeeding that virtually every other country in the world had signed off on.

“The Americans were blunt,” said The Times. “If Ecuador refused to drop the resolution, Washington would unleash punishing trade measures and withdraw crucial military aid. The Ecuadorean government quickly acquiesced.” The attempted coup was unsuccessful, however. “It was the Russians who ultimately stepped in to [re]introduce the measure – and the Americans did not threaten them.”

President Trump did not look kindly on the matter, tweeting that the “The failing NY Times Fake News story… about breastfeeding [sic] must be called out…”

The President has been agitating to “rip up” trade agreements ever since the campaign trail. He claims his hardline negotiating tactics will ultimately benefit American workers. That remains to be seen. What’s clear is that the escalating trade wars are hitting farmers’ pockets hard.

Trump spent much of the spring posturing about the tariffs he was going to impose on China and other countries that purchase enormous quantities of U.S. agricultural products. Many of the farmers who voted for him assumed this was a bargaining tactic, and that retaliatory tariffs – which would pose a grave threat to their livelihood – would never come to pass.

But, as a result of a dizzying cascade of events this summer, they did. “The trade war has suddenly gotten very real,” wrote John G. Murphy, the senior vice president for international policy at the U.S. Chamber of Commerce, after $75 billion of retaliatory tariffs went into effect in early July. This is essentially a $75 billion tax on American exports, much of it directed at farm products.

Pork, dairy, and soybeans have been especially hard hit. According to a Purdue University analysis, prior to the tariffs taking effect, a thousand-acre soybean planting was worth about $42,000. Virtually overnight, the value of 1000 acres of soybeans became far less than it cost to produce – $126,000 less.

Yesterday, the Trump administration announced a $12 billion relief package to help farmers affected by the tariffs, even though estimates suggest that corn, wheat, and soybean farmers have already lost at least $13 billion to date.

Now, a bit of good news…kind of. In 1938, federal lawmakers passed legislation that excluded farmworkers from being entitled to minimum wage and overtime pay – rights guaranteed to all other American workers. On June 25th this year, the 80th anniversary of this racist rule, legislation to overturn it – dubbed the Fairness for Farmworkers Act – was introduced simultaneously by Raul Grijalva (D-AZ) in the House and Kamala Harris (D-CA) in the Senate.

The bad news is that it won’t pass without the support of Republican members of Congress, none of whom have gone out on a limb to do so thus far. GovTrack.us gives it a mere 5 percent chance of passing.

The House version of the farm bill has been decried by organic activists has an all-out assault on the environment.

The current farm bill, enacted in 2014, is set to expire at the end of September. The omnibus legislation not only steers the direction of agriculture by establishing USDA spending priorities for the next five years, it dictates the budget and rules for SNAP, formerly known as food stamps.

The biggest controversy in the current farm bill debate is whether SNAP recipients should be required to work 20 hours per week in order to receive government assistance for feeding themselves and their families, as proposed by Republican lawmakers in the House of Representatives – and roundly rejected by Democrats. The Senate version of the bill does not include a SNAP work requirement.

In mid-July, the two bodies of Congress began the arduous process of reconciling the differences between their two versions. The final compromise version is unlikely to pass if it includes a work requirement, however, because at least 60 senators would have to agree to it, per the Congressional rules, and there are only 51 Republicans currently serving in the Senate.

On the sustainable agriculture front, the Senate version of the bill includes many “wins” – a big increase in spending on organic research, for example – while the House version has been decried by organic activists has an all-out assault on the environment. The good news is that the final bill is likely to hew closer to the Senate version since it will need the support of at least a handful of Democrats in order to pass.

So while food justice and sustainable agriculture advocates are hopeful that disaster has been averted in this year’s farm bill, it must be said that any gains are incremental. For the most part, it looks like the 2018 farm bill will largely preserve the food system status quo.