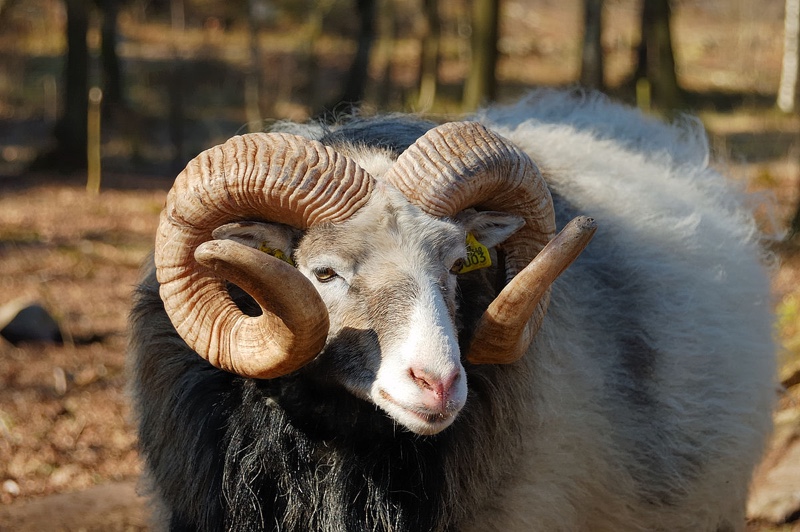 Some of these publications attempt to winnow down the best albums of the year, or movies, or restaurants. But we wanted to challenge ourselves this week. It’s #SheepWeek, dang it. Sure, there are hundreds of new books each year, but there are literally thousands of sheep breeds, spanning centuries of cross-breeding, migration, and dozens of use cases. Yes, some of 2017’s best television shows told wonderful stories, but the Manx Loaghtan sheep has four horns that point in all different directions.

If you think a sheep should have made the list but did not, please visit our Facebook page and make your own list in the comments of this story. Thank you, merry #SheepWeek, and happy holidays! 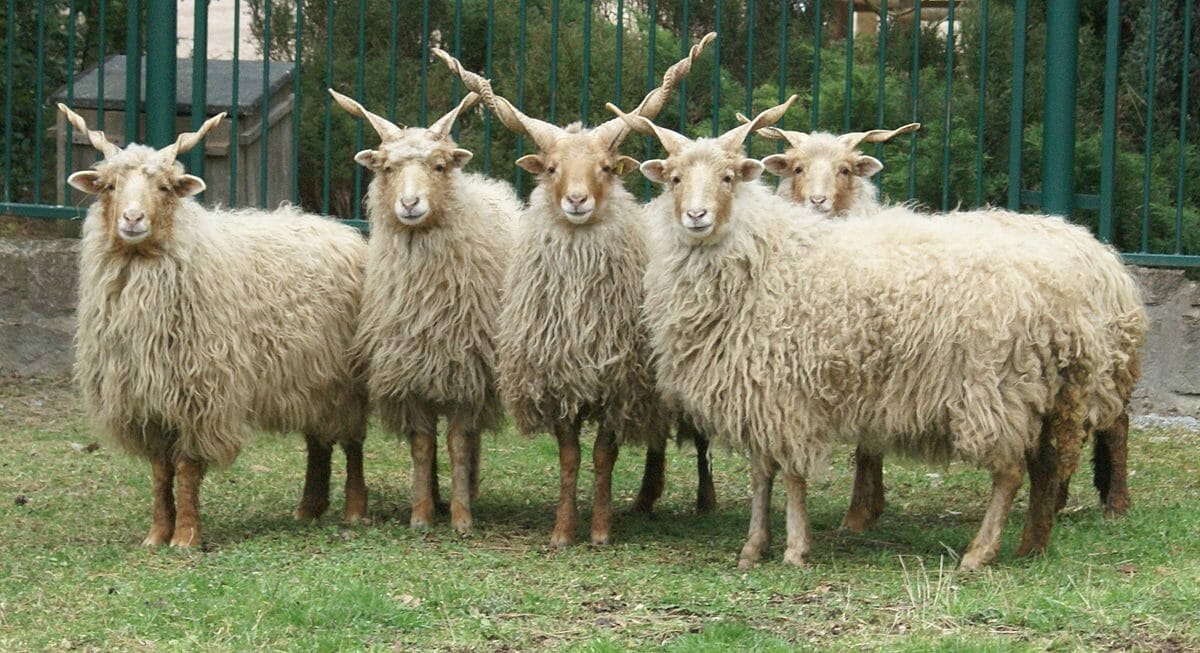 The Racka is an old breed of sheep native to Hungary noted for its ability to survive tough winters. It has extremely good spiraled horns, similar to certain species of wild goat, but is much less mean than wild goats. 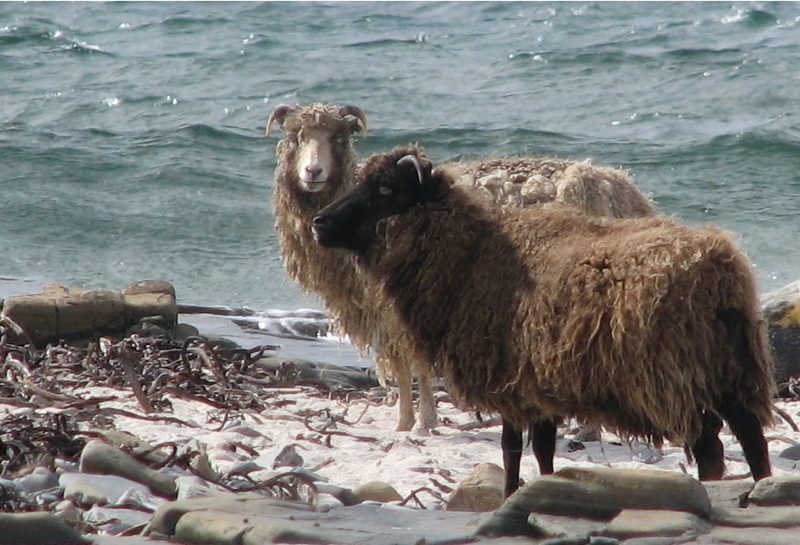 This sheep lives on the northernmost island in the Scottish Orkney archipelago. It is a small breed, and possibly the earliest sheep to come to the UK – it resembles old Scandinavian breeds – but it makes this list because it has the weirdest diet of any livestock animal in the world. The sheep are largely feral, and subsist entirely on seaweed, one of only two land animals with that sort of diet. Because the breed has been on the island so long, it has totally changed its physiology: not only would other sheep not survive on seaweed, but normal sheep food, including grass, is toxic to this breed. Crazy. 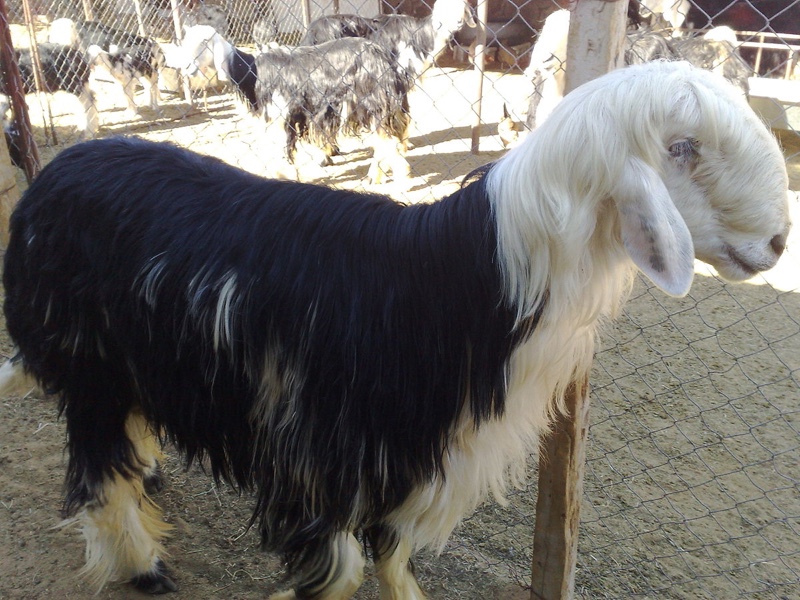 By Slmcom – Own work, GFDL, Link

The Najdi is a breed common in the Arabian Peninsula, especially in Saudi Arabia. It earned its spot on this because it has a good, weird face. Is that a nose mane? Into it. 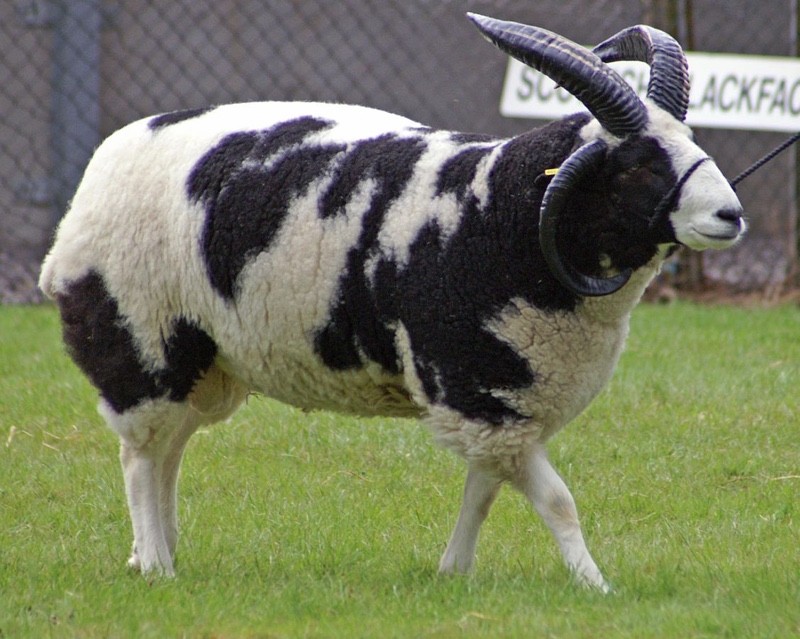 Found in the UK for several centuries, the Jacob sheep has four – and sometimes as many as six – horns that grow in basically any direction. It’s colored like a cow for reasons unknown. 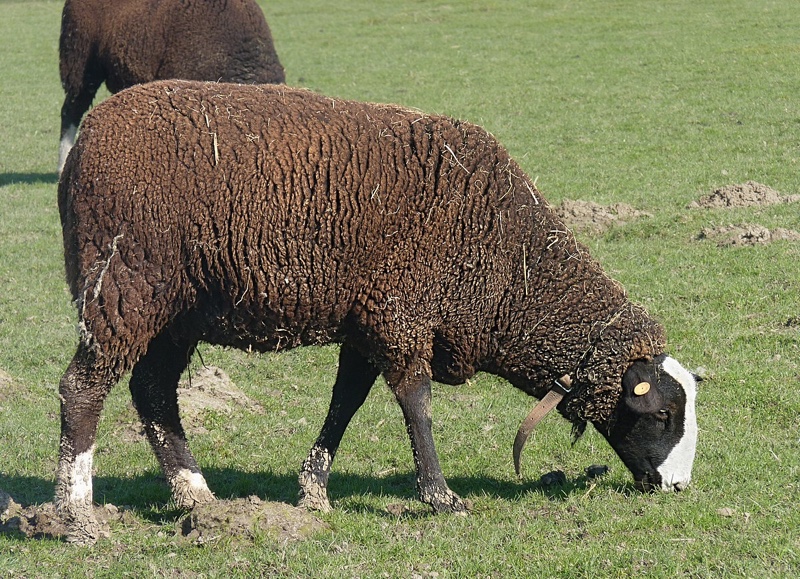 This Dutch breed is not all that interesting. It can be kept for milk, meat, or wool; by all accounts it is a friendly and easygoing breed; it is usually black with white accents. It makes the list because its name is ridiculous. Zwartbles. Come on.

The smallest sheep breed in the world, the Ouessant is native to the island of the same name off the coast of Brittany. It is extremely cute and small. 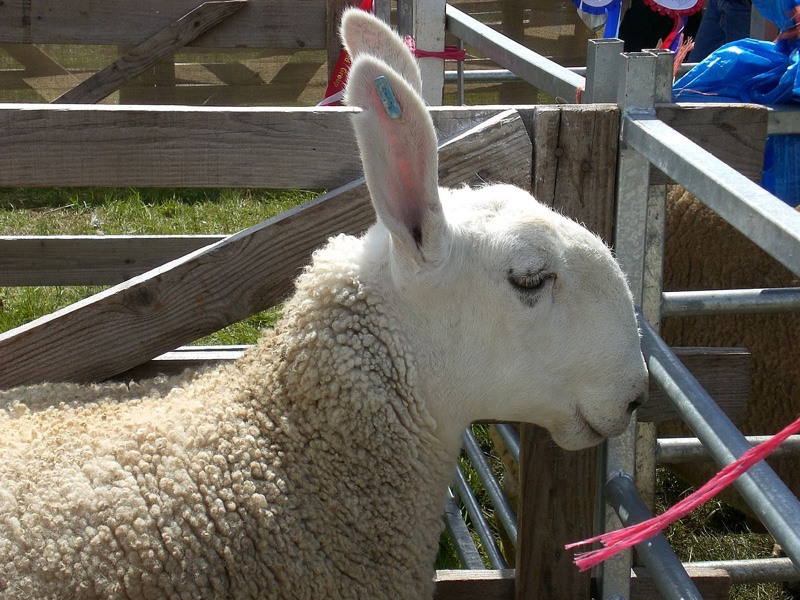 The Border Leicester sheep, from England, is a truly ridiculous creature. It’s sheep with bunny ears!

One of the oldest and most primitive Swedish breeds, the Gute is a tough and hardy breed that’s kept outdoors year-round. Its horns are elaborate and impressive. 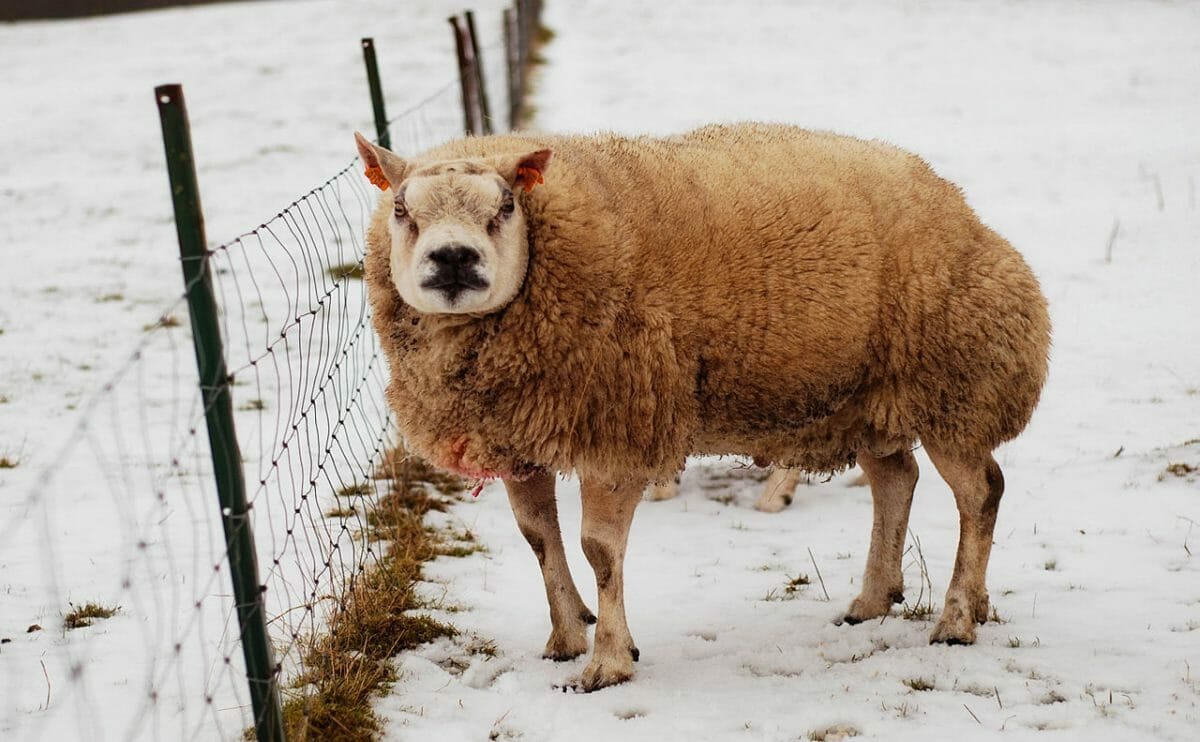 The Beltex is an extremely mean-looking sheep which has been described as a “fake sheep” and looking “like someone spray-painted their pigs to look like sheep.” 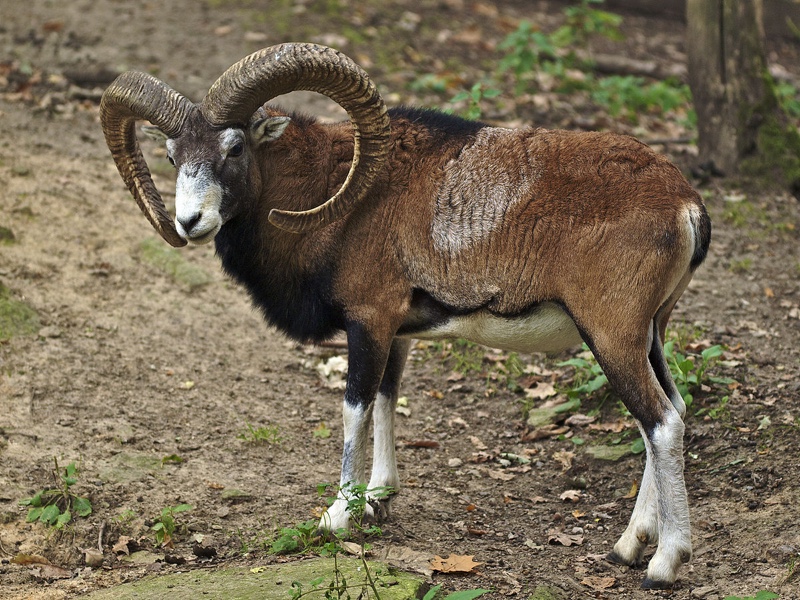 The mouflon is likely one of the wild ancestors of all modern sheep breeds. It can be found throughout Europe, though in decreased numbers, and has been introduced to North and South America. Respect. 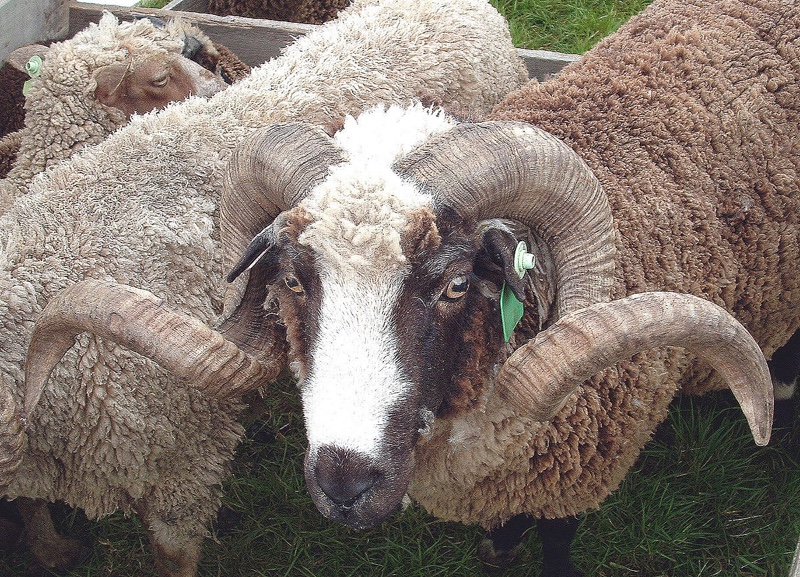 By Moriori at en.wikipedia – Own workTransferred from en.wikipedia to Commons by User:JohnnyMrNinja using CommonsHelper., Public Domain, Link

Found in New Zealand, which has roughly seven sheep for every human, the Arapawa sheep has great, big, extremely good spiral horns. They are raised mostly for their very fine wool but have also escaped and formed feral herds. 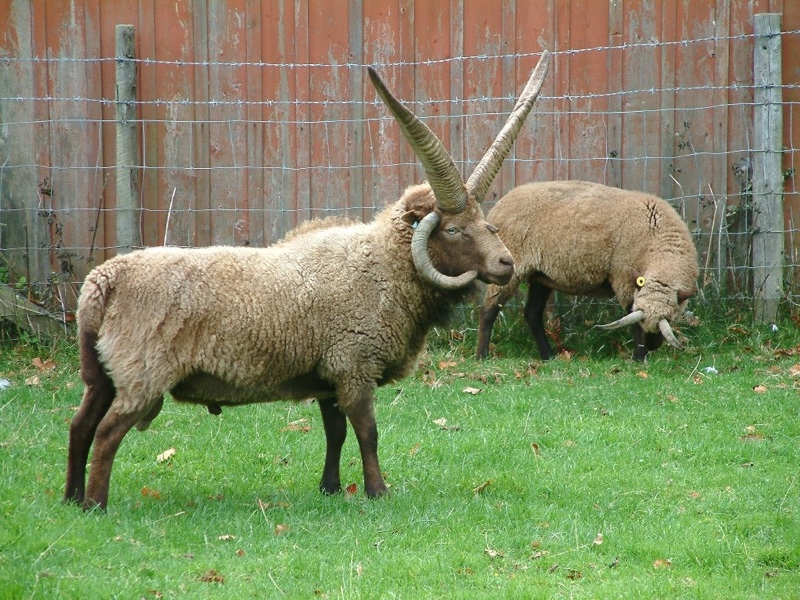 Native to the Isle of Man, at one point there were fewer than 50 of these insanely grand four-horned sheep. Today there are upwards of 1,500, which by my calculations equals about 6,000 Manx Loaghtan horns. (Both the ewes and rams have horns.)

I don’t even have sheep, but I liked your article and the reasoning behind your choices. Great pictures, too. It was a fun read.

it’s so sad to read about sick unhealthy sheep. I hope they all get better soon.

Thank you so much for writing this article about sheep. It made me so, so happy.

No mention of Soay? I’m surprised.

I don’t even keep sheep but I did enjoy the article. Border Leicesters are hilarious. Personally I’d add Hebridean and teesdales to the list of rad looking sheep. ?

I think about each of the principles you’ve got unveiled on your own submit. There’re incredibly persuasive and can absolutely operate. Nonetheless, your content are quite shorter for beginners. Might you desire extend these individuals a little bit through next time frame? Basically publish.

Musk ox are actually sheep, the name is a misnomer. Its probably the only sheep that can defend itself from wolves,

We have a Jacob named Walley; he is w/his ewes?

Question please: I know of a ram rescued as a tiny lamb who is loved and cared for by a vegan human. When the ram’s horns grow to about 1 1/2 inches he snaps them off. This occurs once a year and his vet finds no health reasons for it. Is it possible they create some sort of irritation by a specific length? They are not big, just about the first knuckle on a thumb and about the same circumference. He is a mixed breed ram designed for wool growth but lives as one of seven beloved animals living a… Read more »