It insists it's a real sheep. But just look at it. 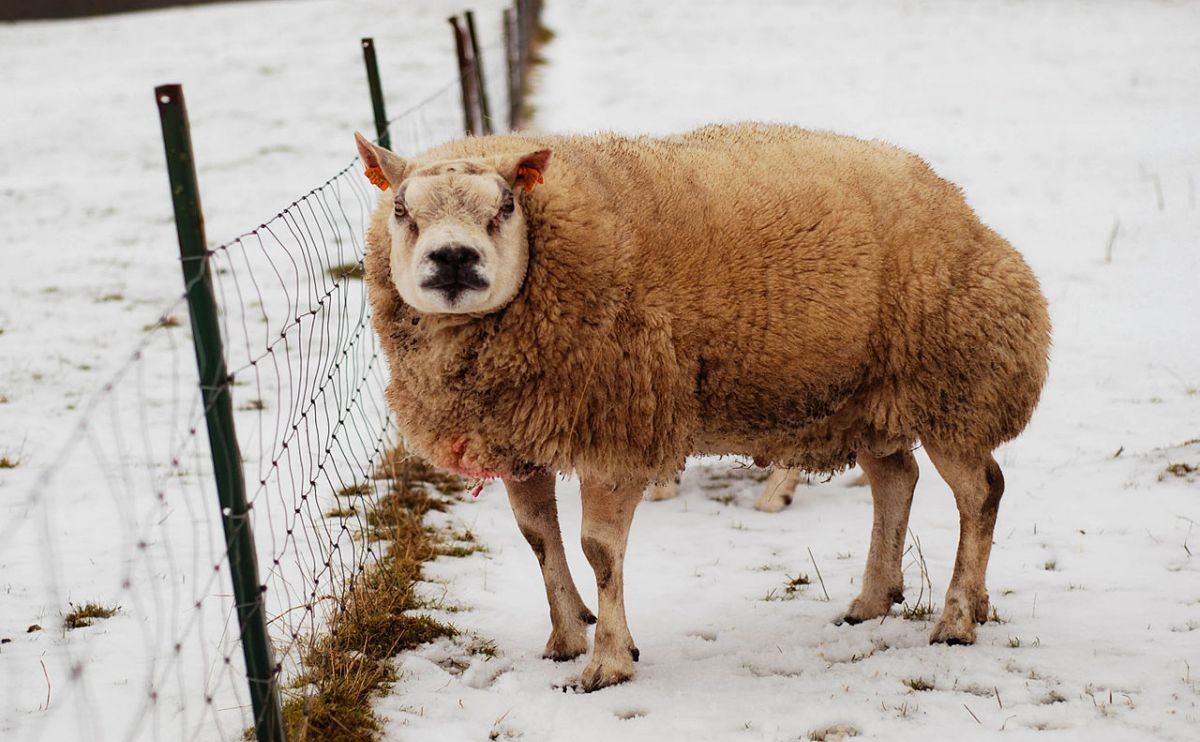 Twitter user @someofmybest alerts us to the existence of this creature, which ranchers insist is a breed of sheep and not a poorly disguised predator from a Looney Toons short:

This sheep, assuming we believe those ranchers that it even is a sheep, is a Beltex, a peculiar, heavily-muscled breed originating in Belgium. Its name is a portmanteau of its place of origin (“Bel”) and the primary ancestor, the Texel sheep, which comes from a small island in the Netherlands.

The Beltex breed is best known for its absurdly muscley body, especially in its legs, coupled with a strangely small bone structure. Its wool is medium length and coarse, and though this wool can be harvested, it’s most prized as a meat animal. With crazy amounts of muscle and minimal bone size, the breed is ideal for giving huge meat yields. They also have a reputation as prized stud animals for basically any other variety of sheep; lambs with Beltex blood tend to be strong and grow quickly.

It’s easy to forget just how strong and, frankly, scary sheep can be – even here in the US, the home of the bighorn sheep, which can grow to more than 500 pounds of mountain-climbing muscle (including its enormous horns). Other good sheep include the mouflon (a wild sheep thought to be the ancestor of domestic sheep) and the arapawa (a feral sheep found in New Zealand).