Is Black Light the Path to a Stink-Free Livestock Farm?

Researchers at Iowa State University are using a new technique involving the UV light-producing device to help reduce bad odors on the farm. 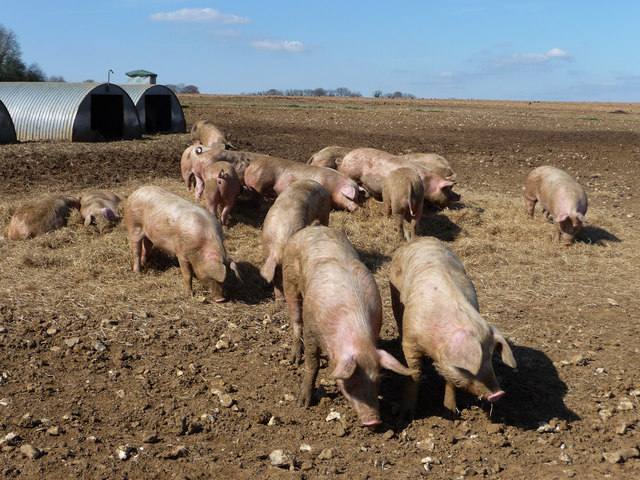 This could be a big deal, especially for farms that are in peri-urban areas where farmers and non-farmers clash over the smells emanating from livestock operations.

The process is called photocatalysis and involves coating a surface – say, a barn wall – with a thin layer of titanium dioxide, a common chemical compound used as a whitener in a variety of products, from toothpaste to bread. The researchers then shine a black light on it, which emits long-wave ultraviolet light that look bluish-purple (and make anything white-ish, including your teeth, seem to glow). When the UV light hits the titanium dioxide, it produces a reaction that neutralizes the odors, breaking up the smelly gases into smaller particles that don’t stink as much.

Jacek Koziel, an associate professor of agricultural and biosystems engineering, and his team are seeing great promise using photocatalysis in lab settings in the realm of reducing various stink-producing compounds, like dimethyl trisulfide and butyric acid, by 40 to 100 percent. The results have also been pretty good in limited real-world testing at a Northeast Iowa pig farm, with a 16 percent total reduction of foul odors, according to the researchers.

Besides its stinky odor, farm animals waste is also bad for the environment since it releases greenhouse gases, like nitrous oxide, into the atmosphere, among other issues. According to Koziel, their system also reduced nitrous oxide emissions by nine percent.

“That’s actually quite puzzling, but if that holds true in more replicated experiments and in whole facilities, that would be an awesome finding,” he told The Ames Tribune. 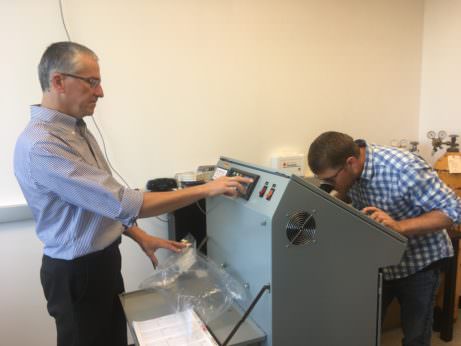 The researchers’ next step is more complete real-world testing at Iowa pig farms, including coating barn ceilings and walls with the titanium dioxide and hitting it with black light. Koziel says it’s important to study the system outside the lab since conditions – like air flow – differ from one livestock facility to another. If the testing continues to go well, the research team plans to bring the system to market with their industrial partner, Pureti Group LLC, which produces the titanium dioxide coating.