This Ad Calls “Bullsh*t” on Cage-Free Eggs, So Let’s Talk About Egg Labeling

Labeling is insanely complicated. This needs to change. 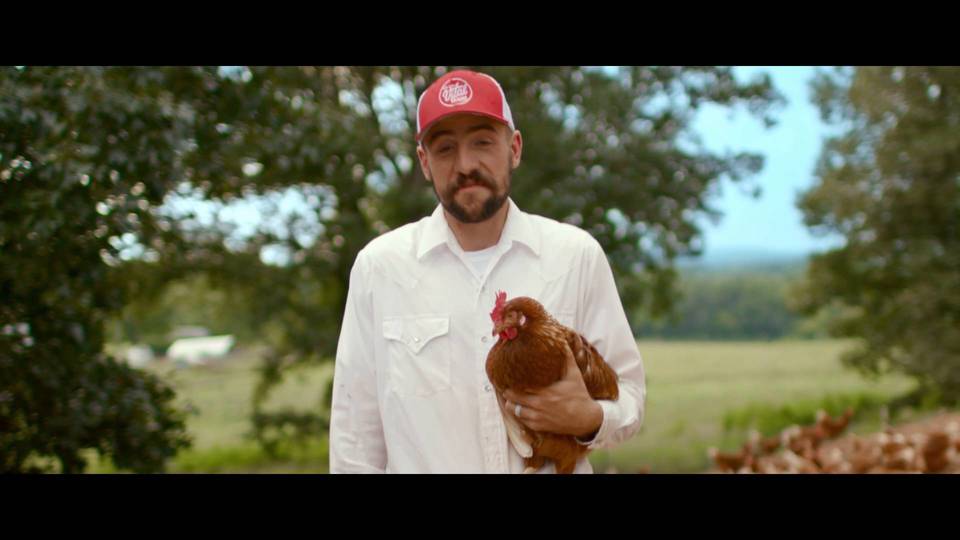 In the ad, Stuart Dill, an actual farmer who raises eggs for Vital Farms, calls out some of the same fake labeling nonsense that we here at Modern Farmer have been railing against for years. The phrase “cage-free” appears commonly on eggs, but, as Dill (and, by extension, Vital Farms) points out, it is, well, bullshit.

“There is a significant portion of the consumer base, about 92 percent, who have a very poor understanding of the realities of cage-free,” says Dan Brooks, the creative director at Vital Farms. He’s right; various surveys have shown that consumers do not really understand what “cage-free” means, which is understandable, because it doesn’t actually mean anything.

Cage-free is one of a pantheon of terms, like “natural” and “free range,” that, on its own, has no legal definition and no agency making sure that those using it adhere to any particular standard. It is meaningless; literally any company can just write “cage-free” on their egg carton.

But here’s the thing: “pasture-raised” is also equally vague. And this ad – which is very fun – repeatedly states that Vital Farms’ hens are “pasture-raised,” meaning that their lives do actually conform to the general understanding of what you’d imagine a cage-free life is like: wandering through grass, pecking at insects, flapping wings in the open air. Yes, it happens to be true in the case of Vital Farms (more on that in a bit), but like “cage free,” “pasture-raised” labeling is not regulated; by itself, the term has no meaning whatsoever.

The key thing to understand here is the presence of an auditing agency. These agencies loosely include the government-backed National Organic Program, as well as private agencies like Humane Farm Animal Care and the Rainforest Alliance. Those private agencies charge a small fee to come in and inspect farms to see if things are up to their standards. In terms of eggs, they’re looking at the animals’ access to the outdoors, sunlight, space to move, and more. If the farm passes their inspection, they’re allowed to use the agency’s emblem on their packaging. 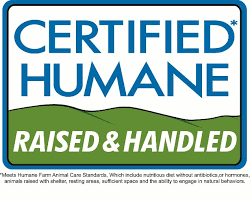 The Humane Farm Animal Care agency’s minimum standards – if you follow those, you can use the emblem – are not thrilling, according to Consumer Reports research. But that’s not the end of the story; this particular agency has different levels of strictness, which are indicated by other phrases on the packaging. A Certified Humane label sets a baseline, but not a ceiling.

In order to get the emblem and be allowed to write “pasture-raised” on your label, a company must meet some pretty intense standards – more intense even than organic certification. They’re among the best egg standards on the market. The presence of both the badge and the phrase means, basically, that this farm has met the highest standards of this agency. And Vital Farms has that! Very good!

Back To The Ad…

There is an issue here, which, to be honest, is not the fault of Vital Farms; it is an essential problem with the hodgepodge world of food labeling.

This video doesn’t mention certification at all. If a consumer sees this ad, there’s the possibility that the takeaway could be “pasture-raised is good, cage-free is bad,” which is not the case. The truth is, “cage-free is bad, but pasture-raised plus a little emblem that reads ‘Certified Humane Raised and Handled’ is good.” This is complicated, we know. And Vital knows it too; when I brought it up, Brooks was fully aware of the issue.

“That’s a very valid point,” he said. “From a simple communications perspective, in the context of what we’re trying to convey through the video, we wanted to keep the consumer focused on who we are and what we do.” Basically, his company’s job is not to make activist educational films; it’s to sell eggs. The labeling situation is brutally confusing for a short ad – or even for a longer blog post! – and Vital Farms does, to its credit, explain things well on its website. “This is the first video in an ongoing set of videos that addresses this issue, so it may be that a future video introduces the concept of auditing and what that means,” Brooks said.

So! We applaud Vital Farms for getting out the word on fake labeling. But it’s important to get out the word on the full story of real labeling, too – even when it’s maddeningly confusing. Consumers should not be required to know the full background of any of a dozen emblems, and whether the presence of other phrases alongside those emblems indicates anything, and what exactly that means. It’s all insane and awful. And yes: “cage-free” is bullshit.

Im an pastured Farmer. APPPA and other organazations are far ahead of the curve. I could spend hours on why certified humane is just another expense someone who really does sell high quality eggscant afford. Visit the Farm thats the only way you really can know. Personally if your organic thats a crap label with over 10,000 approved chemicals ans should be looked upon very skeptically..

My main concern is: Are the hens treated humanly and do they have a good life? What happens when the hens no longer lay eggs?

What do they do with all of the unwanted Male chicks?

What is the difference between pasture raised, and pasture raised organic? The organic have lighter yolks! I asked Vital Farms that question and got no reply.

Pasture raised is great but without being organic they can supplement their food with anything they want to make them grow fast and without disease which is not “natural” and could be downright harmful to humans.