Bayer Partners With Startup to Develop Crops That Can Fertilize Themselves

The idea is to come up with a way to get nitrogen-fixing bacteria to stick to plants they haven't historically been interested in. 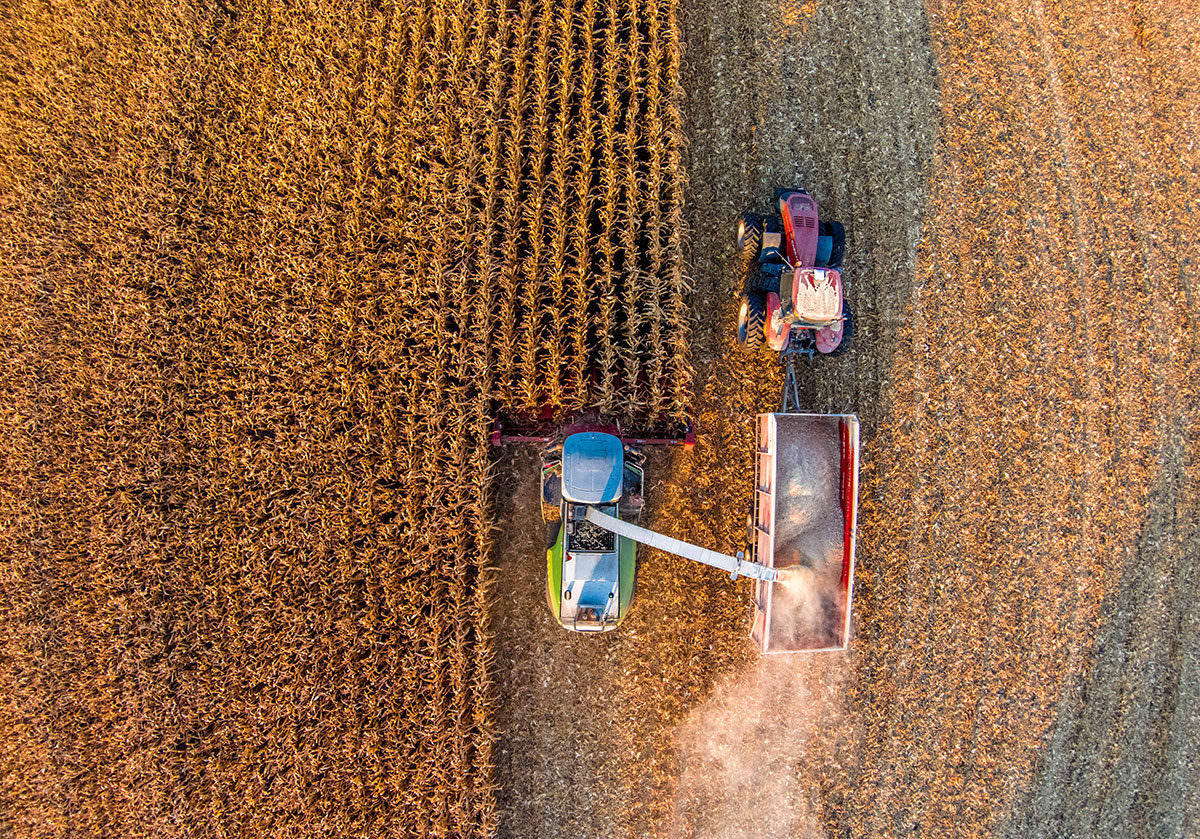 Some plants have a magical ability to fertilize themselves. Why not all crops?
Photography by TDKvisuals /Shutterstock.com
Share
Tweet
Pin
Email
477 Shares

To understand what this new group is trying to do first requires a quick biochemistry refresher: As we said, plants need nitrogen, and nitrogen can naturally be found floating around in the air and soil. Seems like a good match, right? Not quite. Plants can’t just suck up that nitrogen as-is; it has to be converted to a form they actually can absorb. Most plants can’t do this themselves, so they reply on a helper.

In the case of some crops, especially legumes like beans, peas, and lentils, that helper is a bacteria in the Rhizobia family. This bacteria is amazing and vital and unheralded! It lives in the soil, fairly dormant, until it finds a host plant it likes. Then it latches onto the plant’s roots, on which it starts to form these little spherical nodules. This isn’t a parasitic relationship – the bacteria needs the plant, and the plant also needs the bacteria. After it’s formed a nodule, the bacteria performs an action called “nitrogen fixing,” in which it converts nitrogen to ammonia. Ammonia is a compound of nitrogen and hydrogen – the hydrogen is also just around in the air and soil, waiting for something to use it – and plants can gobble it right up. So the bacteria creates all this delicious ammonia in the soil, leaving it rich and fertile for any plants that want to grow there next. Everybody wins: the bacteria gets to grow, and the plant (and the soil, and the planet) becomes more healthy.

Other crops, especially grasses like corn and wheat, don’t attract these nitrogen-fixing bacteria. (We don’t totally know why, which is one of the things this new company is trying to figure out.) That means that we humans have to step in as the helpers in order to grow those crops in the quantity we need, and we do that by fixing the nitrogen ourselves in the form of fertilizer. The FAO estimates that by 2018, world fertilizer use will top 200 million tonnes, which has many, many ill effects. It requires petroleum or natural gas to make – those are both good sources of hydrogen, one of the key components of ammonia – and is prone to explosions. It’s also, of course, devastating to the environment; excess fertilizer use runs into waterways, poisoning fish, causing algae blooms, and generally destroying the natural world.

There are lots of efforts to reduce fertilizer use; sometimes that involves high-tech applications, or sometimes using sustainable practices like crop rotation. (The latter cycles nitrogen-fixing plants, like lentils, with nitrogen-useless plants, like corn.) But this new Bayer/Gingko Bioworks collaboration is trying something different.

What If Corn Could Nitrogen-Fix Itself?

The idea here is that some plants are enticing to those helpful bacteria, and some aren’t. What if we could figure out a way to get those helpful bacteria to clump onto the roots of plants they haven’t shown much interest in, like corn? Theoretically, this would be a massive step forward: corn (just as an example) would suddenly be able to, like legumes, turn naturally occurring nitrogen into ammonia it can use. Suddenly the need for fertilizers is either drastically reduced or completely eliminated – along with the natural gas use and the pollution that comes with fertilizers.

This is an incredibly difficult project; they will have to analyze, says Wired, hundreds of thousands of different bacteria to find qualities they’re looking for, and then set about growing custom-made bacteria in a lab with those qualities, and then figure out how to get those new custom-made bacteria into a salable form (like a seed coating). It’s never been done before. But the company is optimistic; they point out that the bacteria that gloms onto legumes has a symbiotic relationship with the plant – it likes having the bacteria there. So they’re hopeful that they can figure out a way to bring that symbiotic relationship to a plant that hasn’t yet experienced it.

While this could genuinely be a world-changing achievement if the new company can crack the puzzle, it’s worth noting that the sustainable farming movement already has some solutions to these issues. Crop rotation, gives legumes and other nitrogen-fixing-bacteria-friendly plants a chance to inject ammonia into the soil. Organic fertilizers, which are not made from petroleum or natural gas, decompose slowly, providing a longer-term solution without as great a risk of runoff. Cover crops, like clover and rye, can be planted just after a summer harvest, returning ammonia to the soil before the next year’s crop is sown. These, and more, are solutions that already exist – but the new company isn’t aiming at farmers who already use these methods. The Bayer/Gingko Bioworks company is aimed at large-scale monocrop farmers, and theoretically could be a great help in reducing fertilizer use. But it certainly isn’t the only way forward.

Related
Plants
Florida Forecasted to Have Smallest Orange Crop Since 1945Dan Nosowitz
Environment, Plants
Science Says You Can Swap Your Fertilizer For Black-Eyed PeasLindsay Campbell
Cookbooks, Recipes
5 New Cookbooks We’re Finding Comfort In Right NowShelby Vittek
Is a Potato Shortage Affecting French Fries From Japan to Kenya?Dan Nosowitz
wpDiscuz
We use cookies on our website to give you the most relevant experience by remembering your preferences and repeat visits. By clicking “Accept”, you consent to the use of ALL the cookies.
Cookie settings ACCEPT
Privacy & Cookies Policy