The latest (but not necessarily the greatest) in food politics and food policy. 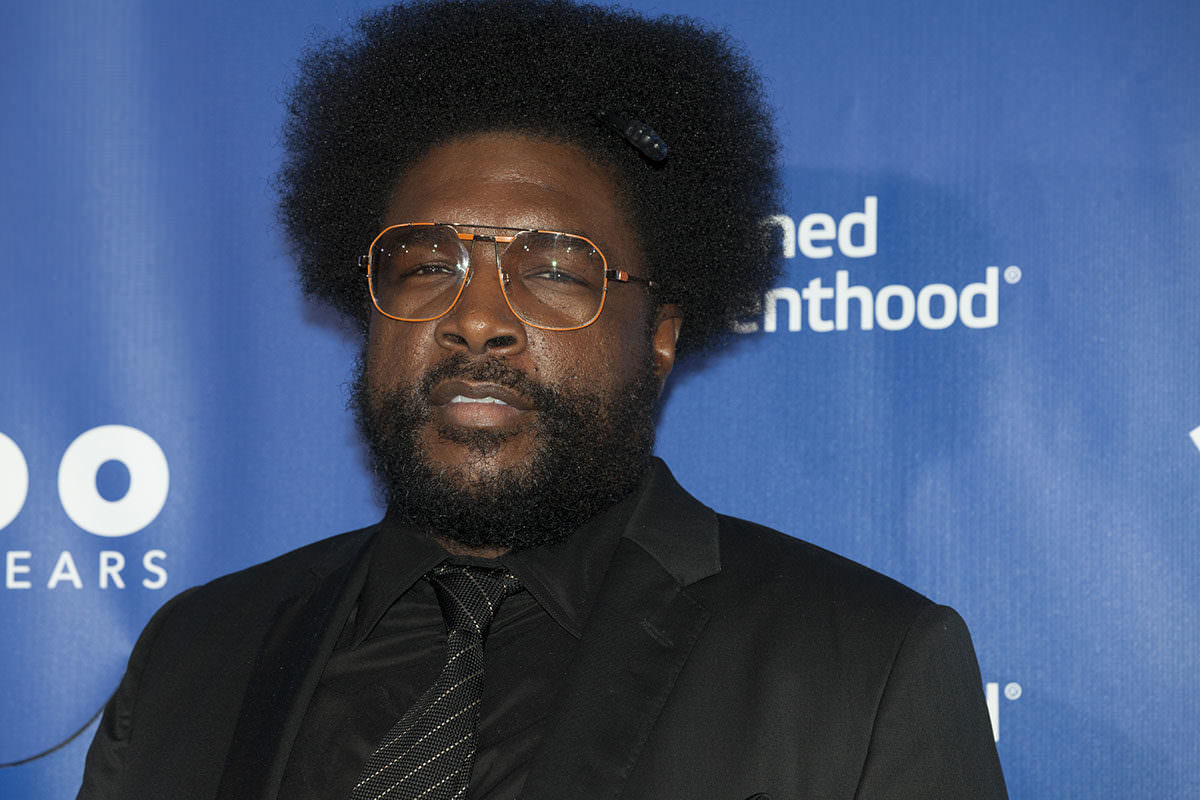 Questlove has signed on to the Food Policy Action's "Food is Fuel" campaign, which is bringing attention to the attention to the connections between childhood hunger, agricultural policy, and social justice.
Photography lev radin / Shutterstock.com
Share
Tweet
Pin
Email
53 Shares

“You can’t take for granted that everyone gets a proper meal to sustain them. That affects your workday, your school, your grades, all those things.” – Questlove

This summer is shaping up not as a time of concrete policy changes so much as a period of jockeying for position among the many players in the world of food politics. This is to be expected in the first months of a new administration, but it’s also a product of the farm bill cycle. The once-every-five-years omnibus bill is set to be renewed in 2018 – which means this is the year of priority-setting, horse-trading, and backroom deals, of which there has been a flurry on Capitol Hill during the past two months.

Preliminary farm bill negotiations have been framed by the whopping 21 percent cut to the USDA budget that the President proposed in March. Read on for updates on budget matters, our new Secretary of Agriculture, and more food policy tidbits – local and global – that you might have missed this summer.

Sonny Perdue, the new USDA Secretary, has hit the ground running with trips to Canada, China, and Mexico, as well as a massive (and controversial) shakeup of his agency’s organizational structure. Now he’s turning his attention to the farm bill with a road trip across the U.S. dubbed the Back to Our Roots RV Tour.

It’s a clever bit of branding, but what does it mean? The five-state tour across the upper Midwest, according to a statement from Perdue, “will allow us to hear directly from people in agriculture across the country, as well as our consumers… as Congress deliberates and formulates the 2018 Farm Bill.” According to a schedule provided to Modern Farmer, this will involve “listening sessions” with farmers, a visit to a manufacturer of grain bins, and lunch at the Wisconsin Farm Bureau. The Secretary and some of his employees will also enjoy a Minnesota Twins game.

We’ve been told that the Back to Our Roots RV Tour 2 will occur later this summer in a different region of the country.

Presidents get to propose budgets, but only Congress has the authority to approve them. In July, the House Appropriations Subcommittee for Agriculture proposed its own USDA budget for 2018, which is about 5 percent less than the 2017 budget – a far cry from Trump’s proposed 21 percent cut. And if Oregon Senator Jeff Merkley, the ranking Democrat on the Senate Appropriations Subcommittee for Agriculture, has his way, the final budget will include increases in funding for the sustainable agriculture research ($2.3 million), minority and veteran farmers ($8 million), food banks ($5 million), and rural affordable housing ($12.6 million). These number were approved by the subcommittee and await a final vote later this summer.

Easily the most progressive voice in Congress when it comes to food and farming, Chellie Pingree, a longtime organic farmer from Maine, has recently introduced two new bills. The Food Recovery Act would direct the USDA to create a national food waste reduction strategy, while the Organic Agriculture Research Act proposes to increase funding for the USDA’s Organic Research and Extension Initiative from $20 million to $50 million annually.

The latter bill is cosponsored by a Republican representative Dan Newhouse of Washington, giving it an edge in attracting the support of other conservative members of Congress, without which it has no chance of passing.

The frontman of the rap group The Roots (and bandleader for The Tonight Show Starring Jimmy Fallon) has a not-so-secret side hobby: food. Questlove’s culinary obsessions became public with the publication of his 2016 book Something to Food About, but he’s recently taken a political twist on the topic. His likeness, along with that of 20 other celebrities, is saturating the airwaves this summer as part of the Food Is Fuel, a slick advertising campaign produced by Food Policy Action that draws attention to the connections between childhood hunger, agricultural policy, and social justice.

“I personally feel that food is the most important political issue, and it often gets overlooked,” said Questlove at one his recent food salons, the lavish, star-studded events he hosts in his Manhattan apartment featuring hors d’oeuvres by renowned chefs and casual banter about the state of the food system. “You can’t take for granted that everyone gets a proper meal to sustain them. That affects your workday, your school, your grades, all those things… We need to pay more attention to it.”

Last summer was a huge turning point in the debate over genetically-engineered foods: Congress passed the first-ever GMO labeling legislation, which forces food companies to disclose genetically engineered ingredients, though not necessarily on ingredient lists. A year later, the USDA has barely begun the task of working out the myriad details of how the new law will be implemented, however. The agency recently acknowledged they are “a little behind,” though they have until July 2018, when the law officially goes into effect, to get it all ironed out.

In the meantime, the USDA has approved one new genetically-modified organism, and appears to be on the verge of approving a second. In July, a type of diamondback moth that has been engineered to be sterile was approved for commercial use. The idea is that wild diamondback moths, a major pest of vegetable crops, will mate with the sterile ones, slowly driving down the population.

The USDA also recently deemed GMO eucalyptus trees – genetically-altered to be more cold-tolerant, and thus adapted to forestry uses over a wider range of the U.S. – as “highly unlikely to pose a plant pest risk.” The agency is still working through the approval process, but it appears this will be the next genetically-engineered species to clear the regulatory hurdles, and the first forestry species to do so.

Meanwhile, the agriculture minister of Ireland, Andrew Doyle, has called on the country to be a “reservoir” of non-GMO seed in the event that genetically-engineered crops one day run amok, as many activist have long feared. As an island country, he says, it’s possible to prevent non-GMO crops from being pollinated by GMO pollen. “The wind can cross-contaminate,” he says. It’s easier to “isolate and keep things clear when you’re not on… [a] continent.”