NASA’s Biggest Space Garden Ever Is Almost Ready To Fly 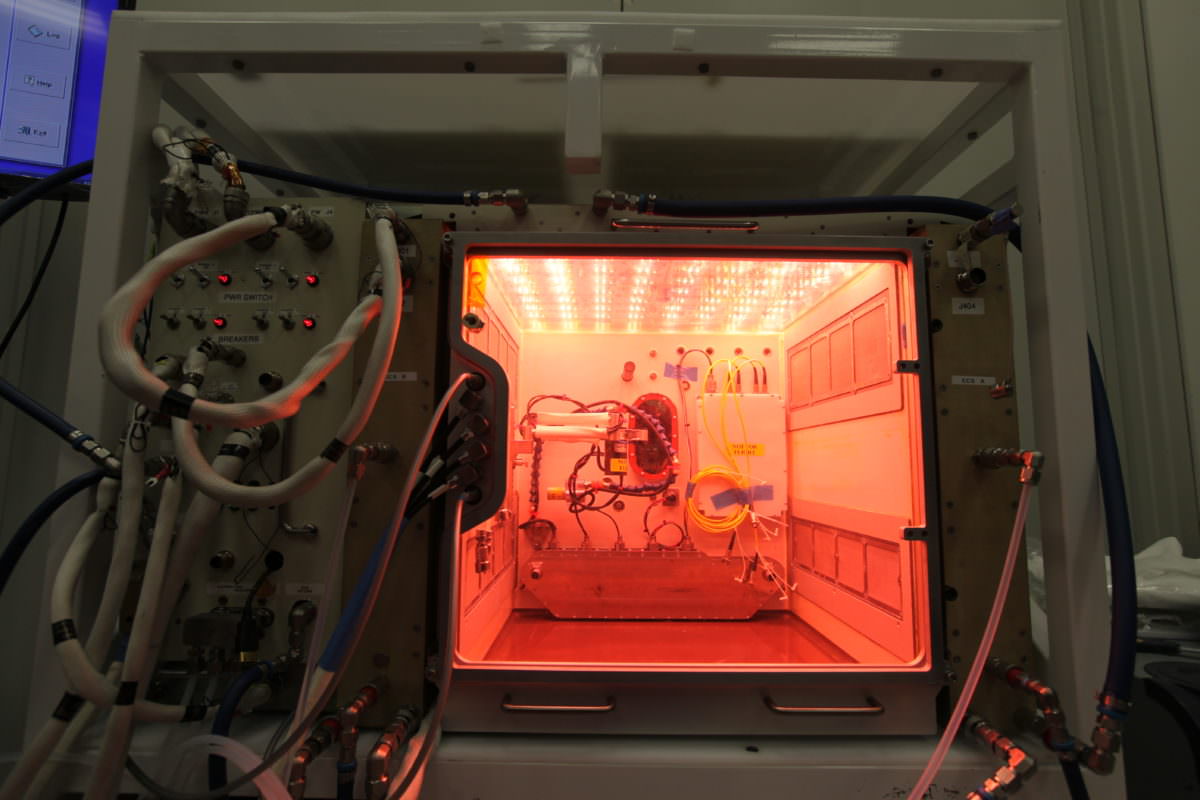 NASA has had agriculture on the mind for quite a few years now. The previous system, cutely known as “Veggie,” grows leafy plants like lettuces, chard, and Chinese cabbage in a substrate pillow – basically, a pad of artificial soil through which water and nutrients are pumped. Astronauts aboard the International Space Station installed the Veggie system in 2014 and harvested in 2015 for the very first time. But NASA has bigger plans for space-farming.

The Advanced Plant Habitat may not have as apt a name as the Veggie, but it’s far more complex and capable, and, says NASA, the first test version arrived at the Kennedy Space Center in Florida last week.

The APH is much larger than the Veggie – about 25 percent so in both total growth volume and plot size. It also comes with all kinds of new tools to monitor humidity, air velocity, CO2 levels, internal ethylene levels, and more. The lighting system builds on the Veggie’s red, blue, and green lights and adds white, far red, and infrared, which should help more completely simulate the sun. It’ll also have four times the light output of Veggie, according to NASA.

The hope is that with more power, more space, and more controls, the astronauts aboard the ISS will be able to grow larger and more robust plants than before. Space tomatoes? Sure, why not! But for the meantime, the test run is every scientist’s favorite plant, Arabidopsis, a plant in the kale and mustard family that often serves as the lab rat of plants: it’s exceedingly well researched and well understood, so it’s ideal for experiments (researchers recently tested a new way to make photosynthesis more efficient on the same kind if plant.).

Hopefully the tests go well, because the APH is due to head up to the ISS sometime in 2017.

Popular
7 Smokable Plants You Can Grow That Aren’t MarijuanaBrian Barth
New Solar Panels Allow Farmers to See the LightNaoki Nitta
6 Differences Between Llamas and AlpacasAndrew Amelinckx
The Cold Swim HomeMarcie Callewaert
Goat Sex: Everything You Wanted to Know But Were Afraid to AskAndrew Amelinckx
Explore Modern Farmer
Related
Environment, Labor, Water
California Farms and Farmworkers Attempt to Recover From Record FloodsNaoki Nitta
Aquaculture, Technology
Can Interactive Mapping Tools Guide Shellfish Restoration?Bridget Shirvell
Food Waste, Opinion, Politics, Technology
How Solar-Powered Refrigerators Could Cool Down Climate ChangeAbay Yimere
Food Waste, Plants, Technology
New Solar Panels Allow Farmers to See the LightNaoki Nitta
wpDiscuz
We use cookies on our website to give you the most relevant experience by remembering your preferences and repeat visits. By clicking “Accept”, you consent to the use of ALL the cookies.
Cookie settings ACCEPT
Privacy & Cookies Policy