Agricultural Aftershocks: How Japan is Combatting a Decline in Farming 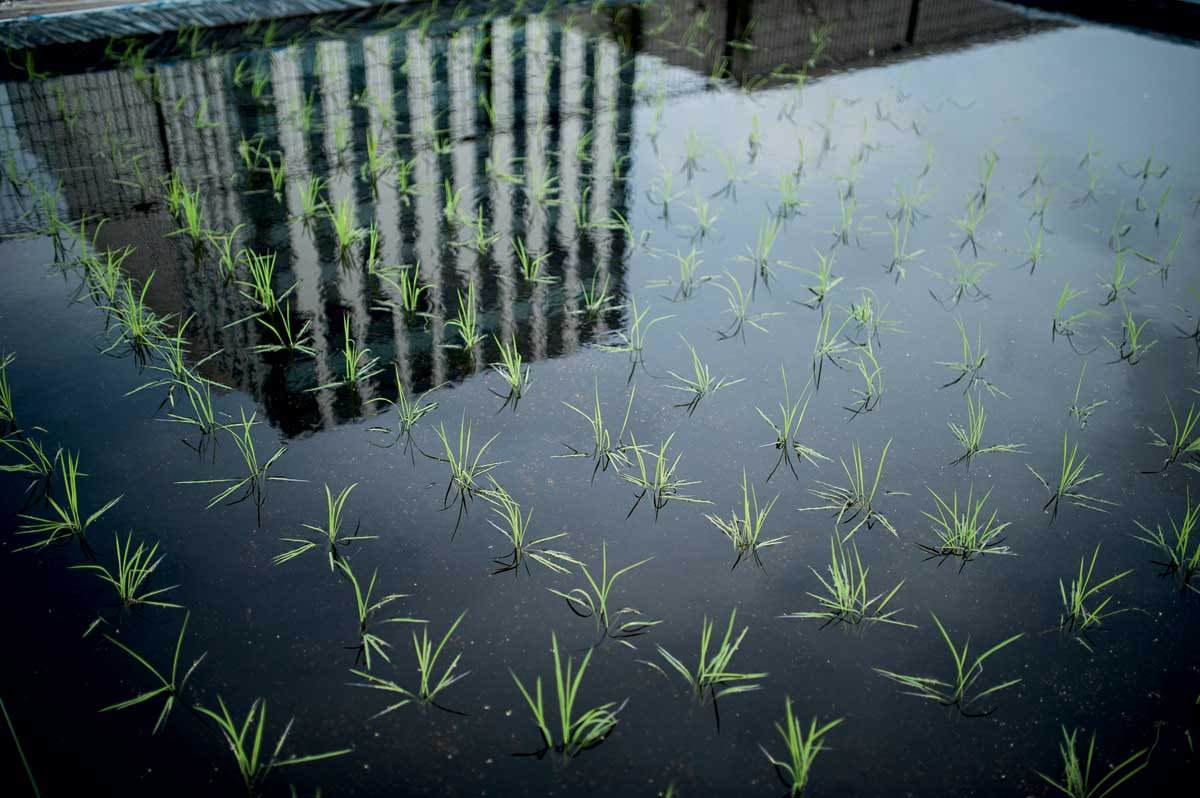 The meltdown at the Fukushima Daiichi power plant spewed radioactive cesium that contaminated the surrounding soil and water, poisoning public sentiment against the region’s crops for years to come – even after it became clear that many local farms had been unaffected.

“In the year after the disaster, our sales were 150 million yen [nearly two million in U.S. dollars] below what we expected,” says Hiroshi Takeda, who leads the Varesh cooperative in Fukushima. The losses reduced his membership from 340 to 200 farms.

But the $160 billion in damage to Japan’s agriculture and fishery industries was just the latest in a long run of setbacks the country has suffered on the food-security front. Though reforms instituted in the aftermath of World War II had drastically improved the California-size country’s self-sufficiency, the ensuing decades saw farmers abandoning the profession in droves. In 1965, 73 percent of the calories consumed in Japan were being produced there, compared with only 39 percent by 2010. During that same period, the area of land being cultivated had shrunk from 15 million to 11 million acres. The average age of a Japanese farmer climbed from 59 to 66 between 1995 and 2011. And the sudden displacement of 110,000 Fukushima residents effectively retired many other growers several years before they were ready. 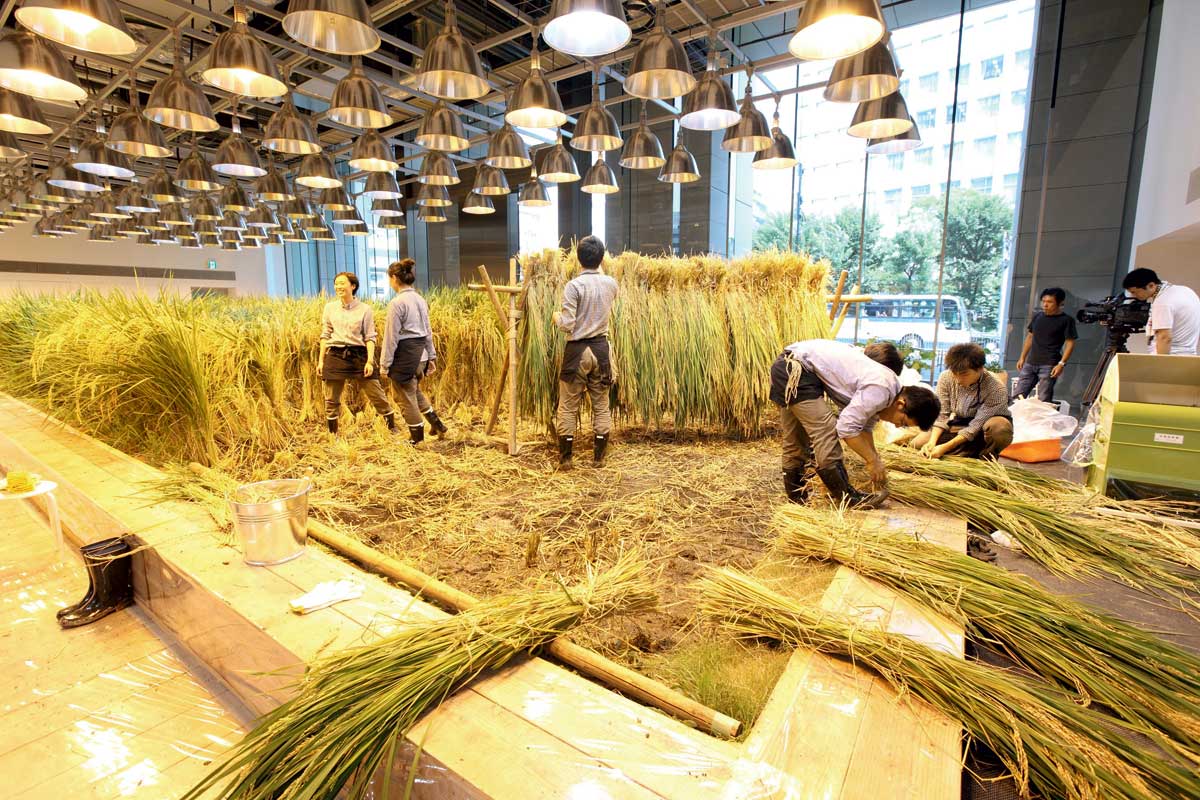 City Farm Odaiba, which sits atop a high-rise overlooking Tokyo Bay, on the manmade island of Odaiba, represents one of many initiatives aimed at reversing the farm-sector decline. Established in 2012 by real-estate behemoth Mitsui Fudosan as a kind of refuge for elderly farmers who had fled Tohoku after the tsunami, the community farm – with rice paddies, soybean fields, staked tomatoes, raised beds, and a flock of resident chickens – quickly became something more than a place for the displaced people to dirty their trowels. “The old farmers get to pass on their skills to a younger generation of people in the city,” says Taro Ebara, a Tokyo University of Agriculture graduate employed by Odaiba to oversee the farm. “And anyone who helps with the cultivation gets to take food home.”

The corporation reserves some of the plots for growing its own produce, which it sells at a local farmers market, but most of the rooftop space is the domain of the farmers, who offer free classes on topics like transforming rice into sake.

Urban farms and subsidized lettuce projects are all well and good, but are they enough to save a dying – and crucial – industry?

Across the bay, Tokyo’s largest urban farm stands nine stories high, filling 215,000 square feet of precious real estate in the city’s busy financial center. The Pasona Group, Japan’s second-biggest staffing company, renovated the 50-year-old building in 2010 and began paying specialists to school its desk-bound employees in farming techniques. “One of the industries we serve is agricultural,” says Ryo Nakamura, a Pasona employee. “Turning our headquarters into an urban farm helps us show people there’s more to agriculture than plowing fields in the country.”

The building, the bottom two floors of which are open to the public, has become something of a tourist destination. Lobby receptionists greet visitors from beneath latticework heavy with cucumbers and tomatoes ripening on the vine. Across the hall, tall glass cases hold passion fruit vines and lemon trees. In a room the size of a basketball court, employees in knee-high boots harvest rice; cafeteria cooks will incorporate the resulting grain into staff meals.

Another company is making a difference right where the disasters hit. Fujitsu, a tech firm with a large plant in Fukushima, used governmental subsidies intended to reverse the prefecture’s fortunes as an opportunity to pivot, diverting resources from its slowing microchip operation to a new hydroponic farming venture. Now, 30 employees who once worked on the microchip assembly line don the same lab coats and face masks to tend greens targeted to the country’s aging population. (The lettuce’s reduced levels of potassium render it easier for ailing kidneys to digest.) Sold in grocery stores throughout Japan, the lettuce is the first in a series of “clean vegetables” Fujitsu plans to market nationally. 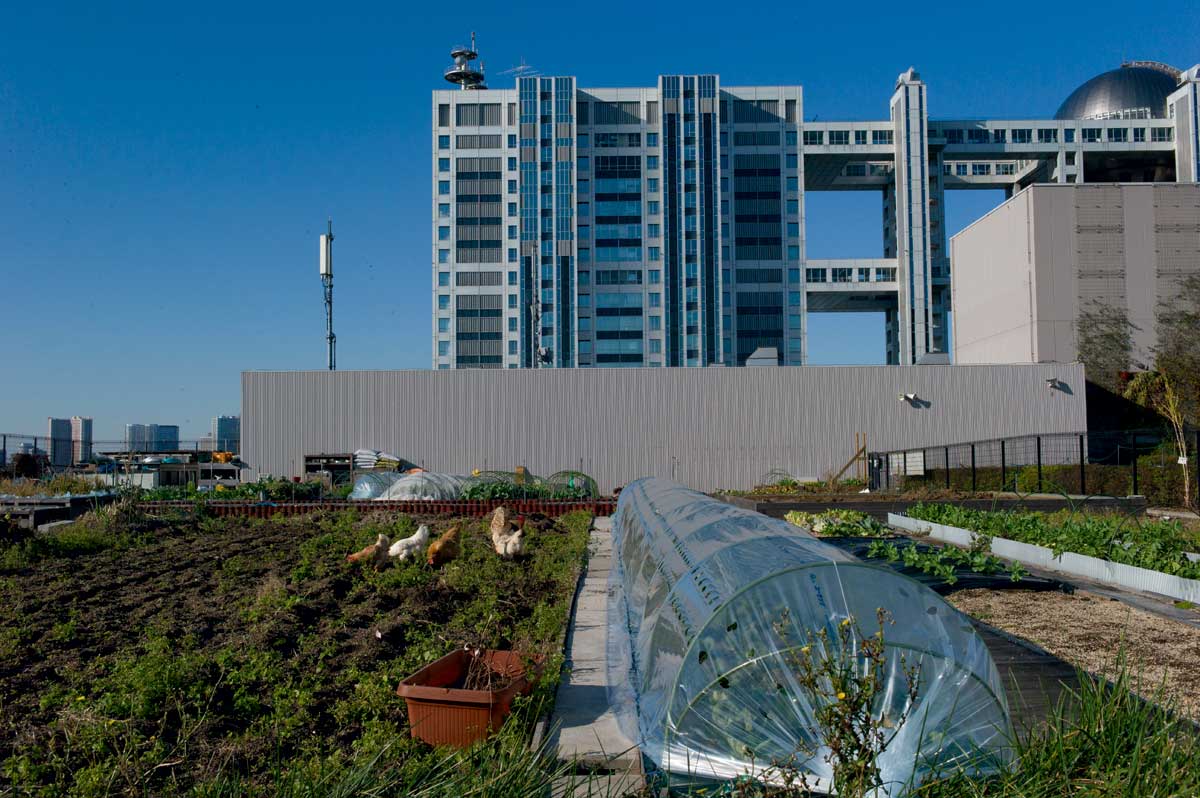 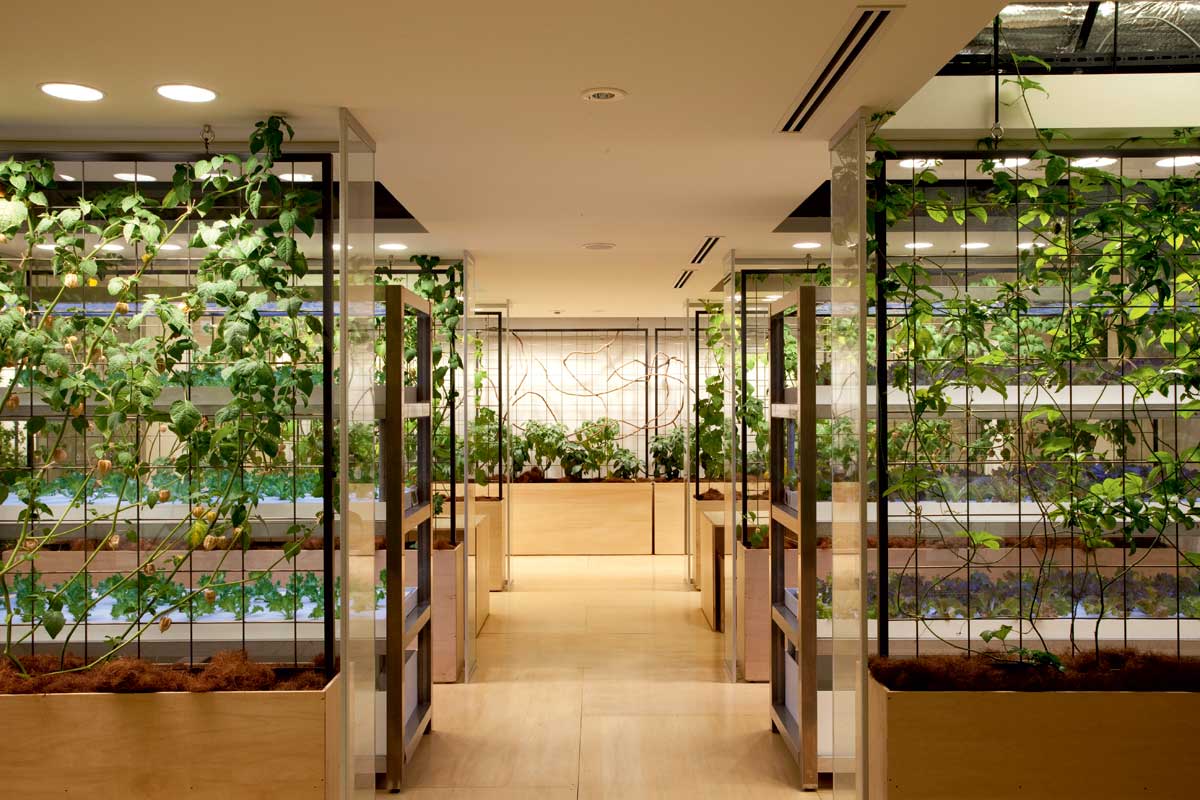 Fruit trees in glass chambers are among the attractions that have rendered the Pasona Group head-quarters a popular tourist destination. Courtesy Kono Designs LLC

The country’s new crop of high-tech growing establishments should place Japanese farmers in a position to better face what may prove the agri-cultural sector’s biggest challenge yet. In February, the government signed a free-trade pact with the United States and several other nations. Assuming it gets through U.S. Congress later this year, the Trans-Pacific Partnership (TPP) will give Japanese consumers easier access to pork from Canada, beef from Australia, and butter from New Zealand. The TPP will also open up opportunities to export more goods, including the country’s famous Wagyu beef and countless varieties of sake made from domestic rice – a shift that could result in significant revenues. But the arrangement will also mean increased competition. Urban farms and subsidized lettuce projects are all well and good, but are they enough to save a dying – and crucial – industry? City Farm Odaiba’s Taro Ebara remains hopeful. After all, he points out, he is the son of a farmer, and his father was, too.

Joshua Hunt is a Tokyo-based writer whose work has appeared in the New Yorker and the Atavist Magazine.