We'll have the robo-salad with electronic vinaigrette, please. 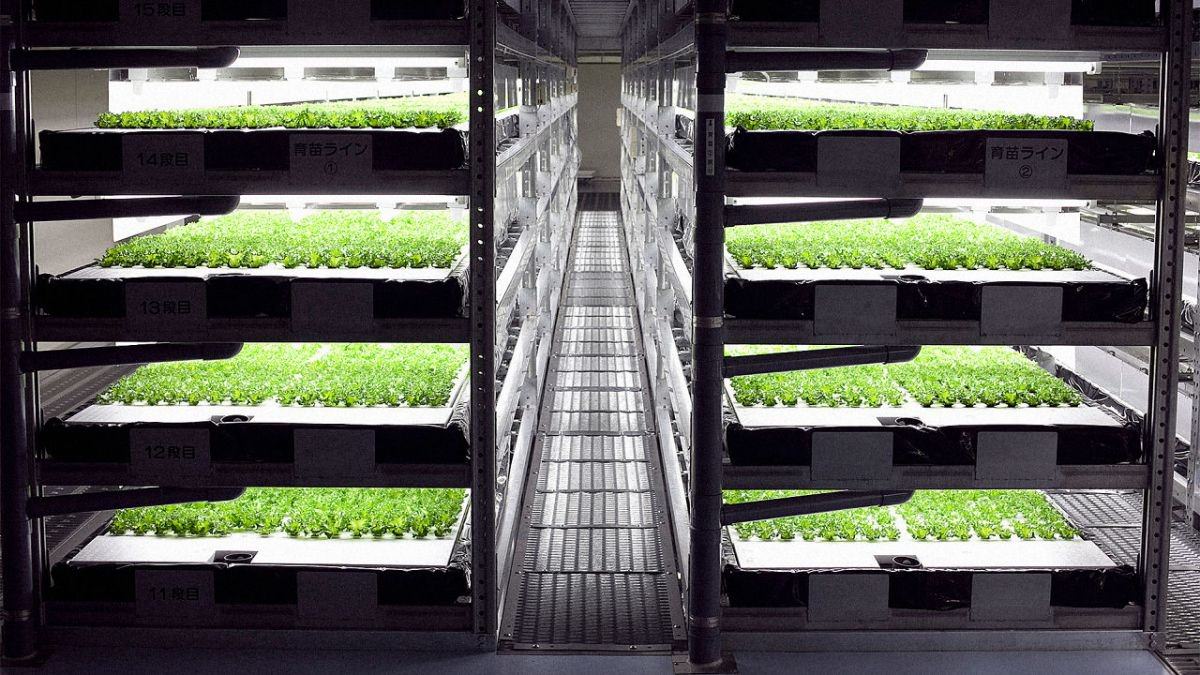 Indoor farms, often in disused urban spaces, look less like the typical conception of a farm and more like a chemistry lab. Instead of dirt, most indoor farms opt for hydroponic or aeroponic systems, which use moving water to convey dissolved nutrients directly into a plant’s bare roots. Most use LED lights instead of natural sunlight, and many are powered with renewable resources like solar energy. There’s no getting your arm deep into the dirt in most of these farms.

One of the newest, from a Japanese company called SPREAD, takes that whole idea a step further by fully automating the entire process. According to Co.Design, SPREAD, which already operates a few indoor farms around Japan, will open a new, enormous “vegetable factory” outside Kyoto sometime in 2017. The new farm will focus on lettuce, which grows easily indoors and in these environments, and will be able to pump out 10 million heads of lettuce in a year, more than three times as much as the next largest SPREAD farm.

To produce that produce (ha! Very good.), the farm won’t need humans; robots will eventually handle the entire process, including planting seeds, germinating the seeds, transplanting them into larger beds, growing the new vegetable, and harvesting. (They’re having some trouble figuring out an automated way to confirm the proper stage of germination before transplanting, but that’ll come eventually.) The systems are capable of monitoring growth, checking humidity and temperature, raising and lowering lights, and adjusting nutrient levels. It is, or will be soon, a pretty remarkable thing: a seed to a mature crop with nothing more than the press of a button.

The Wall Street Journal says the lettuce will be sold in stores in Japan for about the same price as conventional lettuce, but that the price will decrease over time. And this style of farming doesn’t rely on weather, and can be conducted in spaces much smaller than conventional farms. Robot lettuce: coming to you soon.