Wait a second: will we urban Northeasterners someday have fresh produce in the winter? 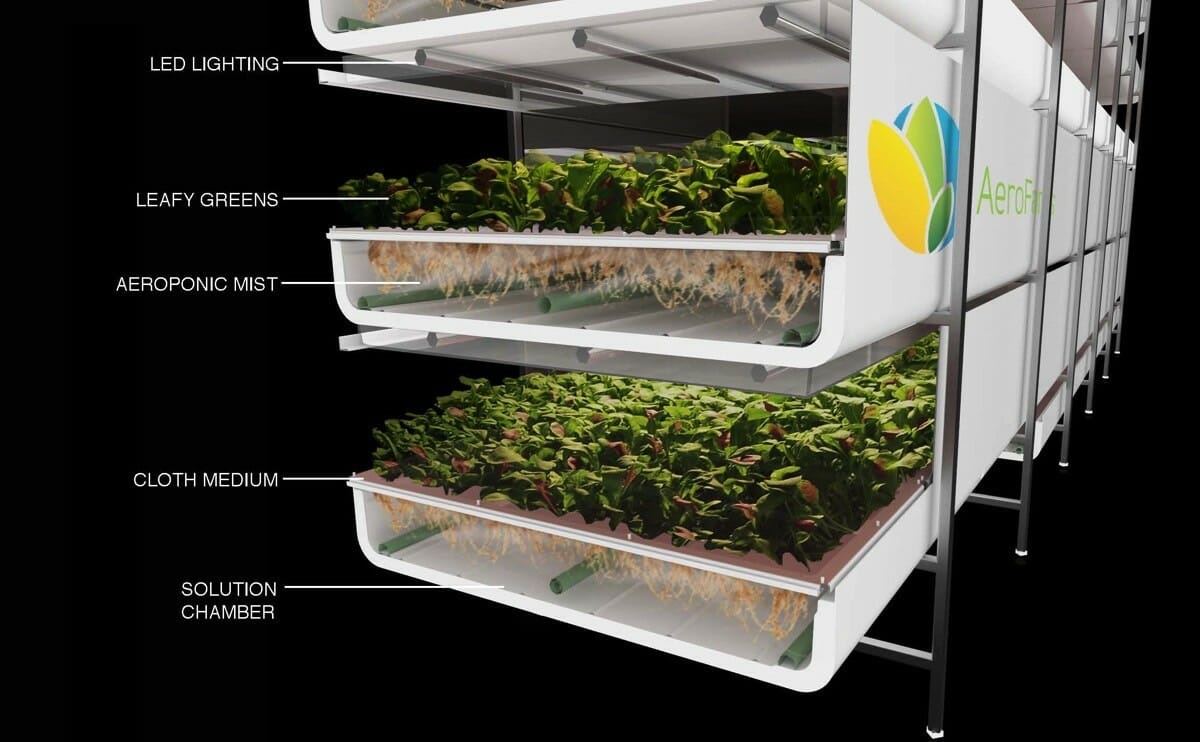 Vertical farming is typically done in tall buildings with lots of sunlight; abandoned skyscrapers are ideal. But you can also reclaim less sunny industrial spaces that have fallen into disrepair, like this old Chicago meat-packing plant, or, in what may be one of the most impressive such farms ever planned, an old steel mill in Newark, New Jersey, just across the Hudson River from Manhattan.

AeroFarms, founded back in 2004, is a collaboration among many seemingly disparate groups and individuals: Goldman Sachs; the city of Newark; Prudential; and Ed Harwood, former professor at Cornell and one of the pioneers of aeroponics. Put that all together and you’ve got the brains, the location and the deep pockets to do something pretty amazing.

AeroFarms will grow crops using Harwood’s baby, aeroponics. The theory is thus: plants don’t actually need physical soil to grow. In fact, they grow better without it, as long as you can replace the soil with extracts of the nutrients the plant gets from the soil, as well as abundant flowing water. Without having to strain for the nutrients in soil, the plants grow faster and stronger.

That discovery led to aquaponics, which is basically placing plants directly in a small river. It’s a tremendous use of water; sometimes you can reuse it by creating a closed-loop system in which the plants feed, say, tilapia, which then feed the plants with their waste, but those work best in small-scale environments due to the amount of water needed. Aeroponics, on the other hand, replaces the flowing water with basically a mist of water, air and nutrients. Proponents claim it uses about 95 percent less water than aquaponics with the same output. We’ve seen some pretty amazing projects completed with aeroponics, but nothing on this scale.

And because AeroFarms is indoors, it doesn’t have to be much concerned with the short growing seasons of northern New Jersey: there’ll be production year-round, and AeroFarms says it can achieve a full crop cycle in only 16 days, seed to harvest. We don’t have much more detail on the specifics of this particular AeroFarms project, but they’re hoping to open the doors in 2016. We’ll be there, trying to get some fresh aquaponic tomatoes in wintertime.

what a revolution, there has been increasing literature, investment and research on vertical farming. I impatiently wait for the day when vertical farming will become even more affordable for the young african entrepreneur in agribusiness