7 Amazing Things You Can Train An Alpaca To Do - Modern Farmer
Animals, Plants

7 Amazing Things You Can Train An Alpaca To Do

They can perform jumps! They can use a litter box! Alpacas are amazing! 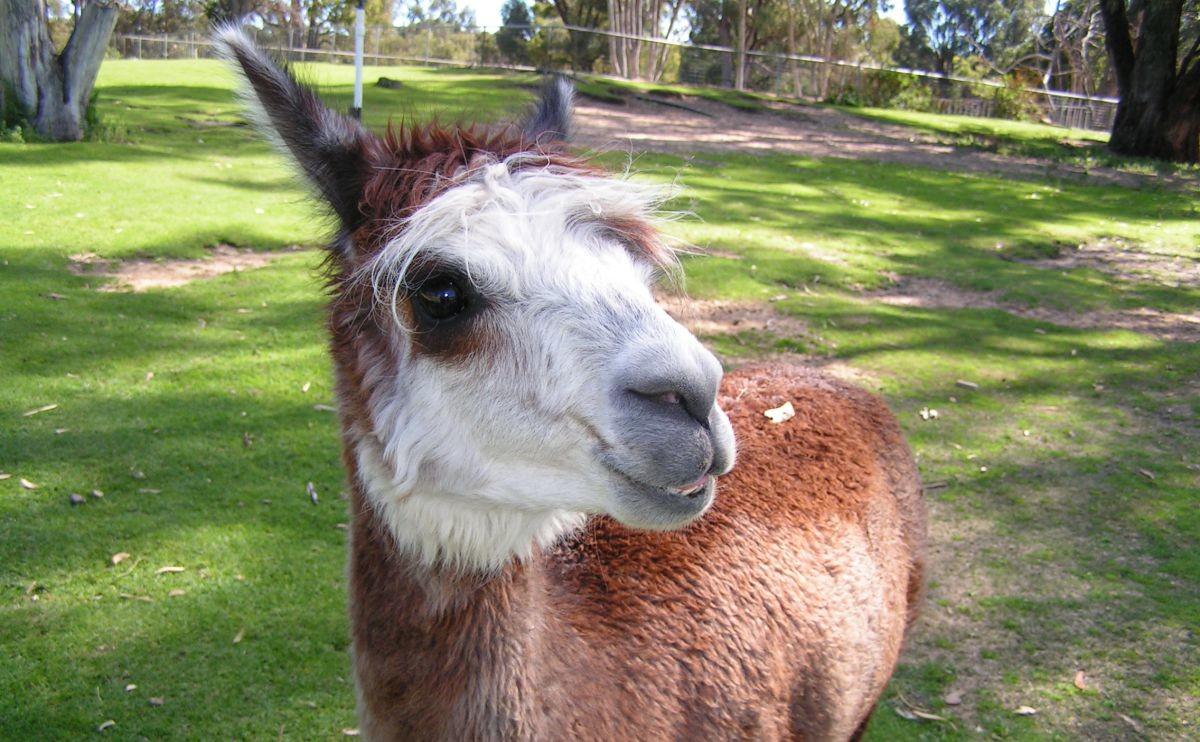 Unlike dogs and cats, most alpacas do not particularly like being touched, especially by a stranger, which can make training difficult. Luckily, their natural social behavior as herd animals can give us clues as to how best to lead them to learn certain responsive actions. They don’t, for example, take well to any kind of aggressive, loud, or showy behavior; negative reinforcement doesn’t really work with an animal that in the wild would be prey, because they just tend to freak out.

But calm training, rewarding with food, and patience can allow an alpaca to learn to do all kinds of things, from showy stuff to simple passive behaviors like staying still when in a harness. Often a simple clicker, the same tool you’d use for a dog or horse, is the best tool for training an alpaca. You give a single click when the alpaca does what you want, followed by a treat. And soon enough, merely the sound of the click is enough to reward the alpaca.

Here are some impressive things alpacas can do.

Nina Faust (in the video below), who has a small herd of alpacas on her farm in Alaska, trains her alpacas to perform a bunch of enrichment exercises – basically, tasks to keep their minds occupied. They can pick up a beach ball and toss it around, or ring a bell with their noses on command, neither of which is particularly useful but both of which are very cute.

This sounds much easier than it is; alpacas spend their waking hours standing up, and it’s quite a chore for them to fold their legs and plop down on the ground. They have to fold their front legs and let their entire weight fall down on their knees, so it’s understandable that they don’t much want to do this if there’s no pressing reason. But they can absolutely be trained to sit.

Left to their own devices, alpacas will actually create a sort of latrine, only pooping in one specified area. That behavior can be expanded upon until alpacas are pretty much litter trained. Some owners have constructed litter boxes (they have to be custom-made, since alpacas are much larger than any cat for whom a litter box is normally made) and filled them with wood shavings, which the alpacas seem to take to easily.

Animals, from dogs and cats to farm animals, are routinely used for therapy. Those with physical or mental difficulties often find it easier to interact with animals than with other people, and alpacas have recently been used for that same reason. (We wrote about Fountain House, whose farm’s alpacas do just this.) Mountain Peaks, a non-profit in the Pacific Northwest, brings alpacas to schools, hospitals, rehab centers, and more; the alpaca only has to be mildly trained to be comfortable with human interaction.

Unlike pigs, chickens, or goats, alpacas come from the same family as beasts of burden like the camel and the llama; they are perfectly bred to haul things. Alpacas aren’t used for that very often, because they’re so small in comparison with their cousins, but they can very easily be trained to haul kids around on a wagon.

Just for fun, alpaca farmer Terry Crowfoot decided to see if one of her alpacas could distinguish between colors. She rewarded the alpaca only for picking up red items with a clicker and a treat, and very quickly, the alpaca proved capable of understanding the game. Crazy!

Like some sort of rat/horse hybrid, alpacas can be trained to complete mazes, obstacle courses, and jumps. This isn’t easy! Alpacas are basically scared of everything, including the elements of the obstacle course. (I suppose if you’d never seen a hula hoop before you might be wary of it, too.) But with careful clicker training, the alpacas can figure it out.

I would really like to learn litter training with our alpacas