10 Things You Didn’t Know About Alpacas

Sure, you know alpacas are cute. But here are 10 things we bet you didn't know about our favorite South American camelids. 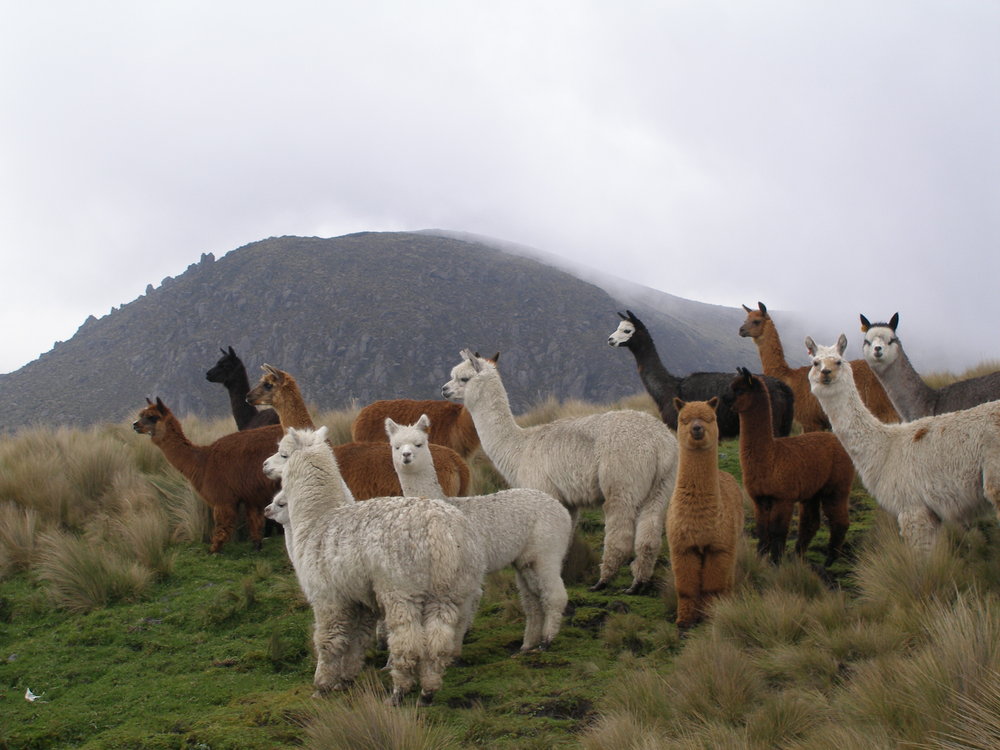 1) There are only two breeds, the huacaya (wuh-kai-ya), which has fluffy hair akin to a teddy bear, and the suri (pronounced like Katie Holmes’ daughter’s name), with long wavy hair that hangs off its body.

2) Like their cousins the llamas, alpacas spit when angry or annoyed. Faith Perkins, who owns Quarry Ridge Farm in Salem, New York, where she and her husband, Herb, have a herd of 25 huacayas, says the animals usually reserve this activity for each other when quarreling over food, but may let one fly in your direction if you happen to be giving them shots or trimming their nails.

3) Alpacas have soft pads on their feet, which don’t churn up the ground like a cow or horse’s hooves do.

4) When alpaca eat grass, they snip off the top of the plant unlike some other animals that pull the grass up by the root when eating. (Which is why they have a reputation for being good lawnmowers.)

5) They “cush” when seated, meaning they fold their legs under their body making them easy to transport in a smaller vehicle.

6) Alpacas’ tails are used to express feelings to each other. If they’re bothered by something they will twitch it back and forth. If an animal is being submissive it will raise its tail over its body and crouch down.

7) The animals have interesting pooping habits. “In the middle of the barn we have a box that looks almost like a kitty litter box but not as deep. They do all their business there,” says Perkins, who adds the behavior is “a throwback to their days in the high desert down in South America,” which allowed a stud to more easily determine which group of females was ready for breeding. The male would sniff out whether any of the ladies had high estrogen levels cluing him in on which group to check out for receptive females.

9) Females have an 11-month gestation period and about 90 percent of the time don’t need help in the delivery of the babies. “They just go into labor and deliver the baby within an hour,” says Perkins.

10) Alpacas love to sunbathe. “You’ll come home and all the alpacas will be laying out in the field. They lie down on their sides, stretch out and soak up that sun,” says Perkins. She admits “it’s pretty scary if you don’t know what they’re doing” since they kind of look like they’ve dropped dead.

Hi, curious… can alpaca be trained to drink water from an automatic watering post? If so, would they be able to operate paddle in bottom of bowl the same way a horse would or more like livestock (cattle/goats/sheep)? Thanks, Carole.