Say hello to Ten Barn Farm in Ghent, New York. They're taking over Modern Farmer's Instagram account for a couple of weeks. Stop by and have a look! 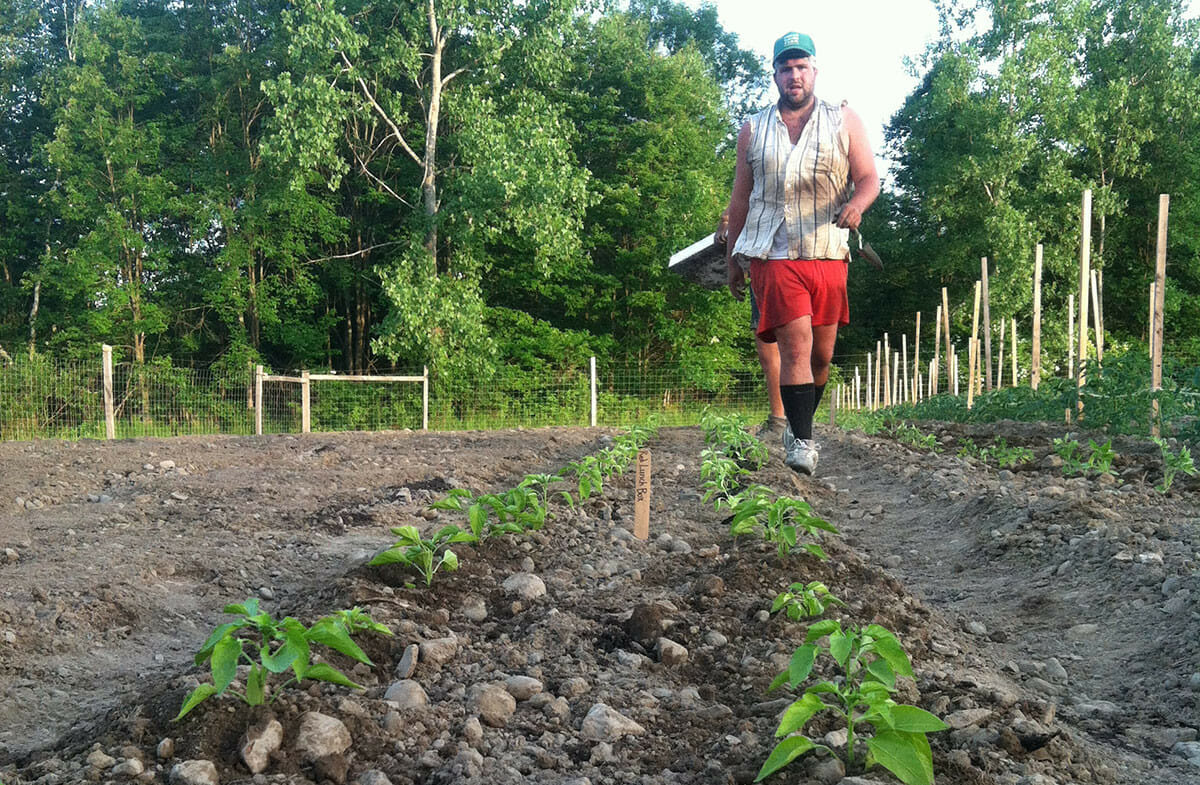 Harrington, 30, has always loved the idea of growing things, but it was his experience working in social therapy for Camphill Communities California in Soquel, a residential facility for people with special needs, that helped propel him into full-time farming. He says his time at Camphill was his first experience farming, but that it led to a desire to learn more about agriculture. He got his wish.

“I only ever worked on farms in California prior to starting Ten Barn Farm,” he says.

The Princeton, New Jersey, native worked at Camphill Village in Copake, New York, (just down the road from Ten Barn Farm) for a sixth-month stint back in 2006 and then went on to work at the community in Soquel for more than two years. Camphill’s philosophy, based in part on the teachings of Rudolf Steiner, revolves around providing special needs people with a place to “live, learn, and work with others in healthy social relationships based on mutual care and respect,” according to the organization.

Camphill also practices biodynamic farming, a holistic agricultural practice that goes beyond organic farming, and is also based on Steiner’s teachings.

“I learned some biodynamic practices there, most of which I have yet to implement here on my farm, though I would like to a bit more in the future,” Harrington says in an email. This season he plans on using some of these methods on his crops.

Harrington’s three-year-old family farm, which he refers to as a “market garden,” has a community-supported agriculture program (CSA), supplies local chefs with seasonal produce, and has a presence at two farmers markets in the area. Harrington says he also has plans to host catered events and farm to table dinners in the future. The farm is listed as a historic landmark and and is also under a conservation easement through the Columbia Land Conservancy, which means it will remain as beautiful in the future as it is today.

Popular
This Ugly Fish Could Be The Future of AquacultureLindsay Campbell
Look Out, Bone Broth; Mushroom Broth Might Be Even More MagicalMichelle Rabin
7 Smokable Plants You Can Grow That Aren’t MarijuanaBrian Barth
6 Differences Between Llamas and AlpacasAndrew Amelinckx
How to Incubate Chicken EggsBrian Barth
Explore Modern Farmer
Related
Environment
In a Warming World, Canada Could Become a Breadbasket—But Not Without CostsDan Nosowitz
How-To, Plants
How to Plant a Fruit TreeBrian Barth
How-To, Plants
Fruit Trees in the NudeBrian Barth
MTMF
A Farm Grows in South BendEvan Cobb
Farm Favorites
Read the latest reviews on our favorite products.
Immigrants Feed America