His neighbors called Thomas Jefferson the worst farmer in Virginia, and yet Jefferson dedicated himself to agrarian exploration with a devotion akin to worship. Which meant many, many failures. 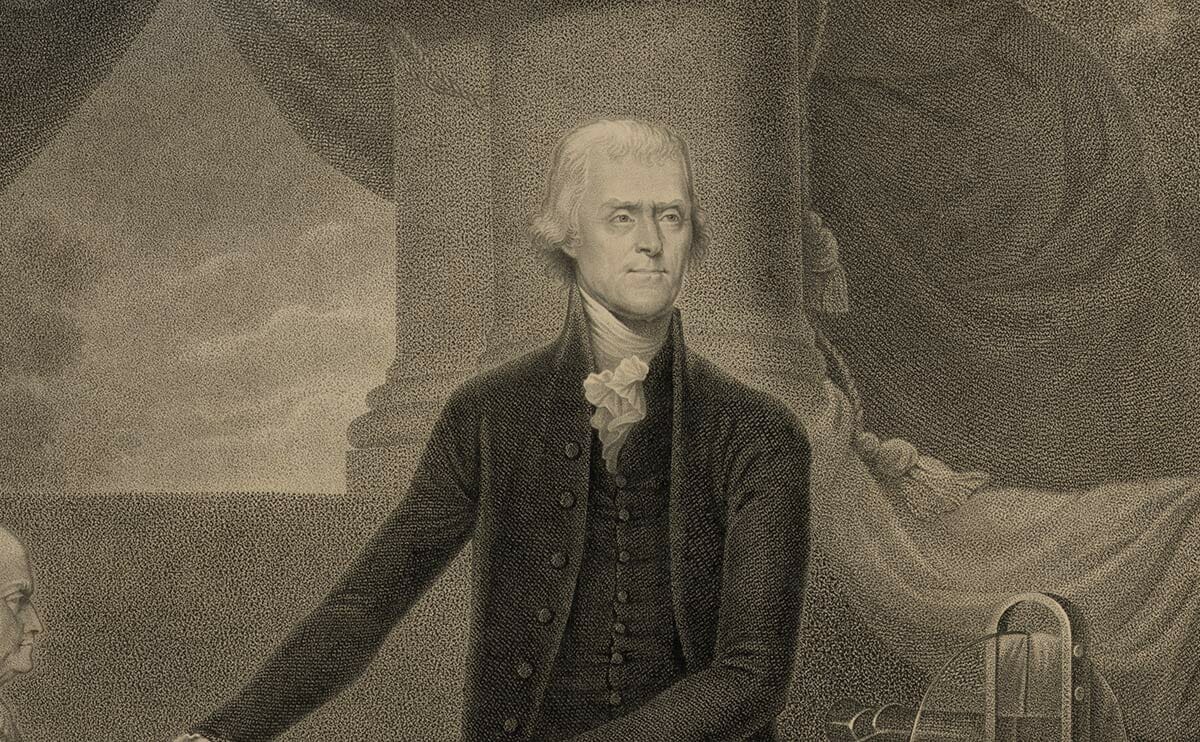 Jefferson, you see, was on a mission to bring upland rice to the American south. Grown in dry soil, it could supplant, he hoped, the lowland rice that Georgia and the Carolinas depended on – “a plant,” he wrote, “which sows life and death with almost equal hand,” because the crop’s wetland habitat also bred ravaging pestilence (likely, malaria).

But his Italian rice didn’t take. So Jefferson tried rice from Timor, by way of the disgraced Captain William Bligh (who brought it back from his infamously mutinous voyage on the Bounty). Still unsuccessful, Jefferson tried African red rice. But it, too, never thrived, and after just a few harvests at his own Virginia estate, Monticello, he soon abandoned his efforts.

His neighbors called him the worst farmer in Virginia. And yet Jefferson dedicated himself to agrarian exploration with a devotion akin to worship.

When it comes to agriculture, few have persevered more in their failures than Thomas Jefferson. And perhaps no other farmer has conceded as many failures as he. America’s third president grew 330 varieties of 89 species of vegetables and herbs in his terraced garden on Monticello’s mountainside – not to mention 170 varieties of fruit in his orchards and vineyards. He meticulously recorded their cultivation in his Garden Book, from 1766 to 1824, and the crop ledger is littered with the words “failed,” “failed nearly” and “killed by bug.”

According to Gabriele Rausse, Director of Gardens and Grounds at Monticello, his neighbors called him the worst farmer in Virginia. And yet Jefferson dedicated himself to agrarian exploration with a devotion akin to worship.

These were the heady days of experimentation, when no one knew if or how Italian olives, French grapes or African sesame could grow in the New World. Jefferson struggled with them all: the olive trees languished in the southern humidity; the European grapevines withered at the root; and he only managed to press a gallon of sesame oil after three years of trying.

Risk is inherent in farming, of course, but in the 18th century crop failure was intimately tied to starvation. Jefferson “found a way to survive by experimenting,” observes Rause at Monticello. “To admit your failures, to write them down – to me, it means it is about education.”

Jefferson is an even more shockingly modern agriculturist when you consider his holistic – we might say “organic” – approach. When his daughter, Martha, sent a distressed letter to Philadelphia that the vegetable garden at Monticello was laid siege by bugs, Jefferson calmly advised her to let it go:

Reflecting on his public service Jefferson said, ‘The greatest service which can be rendered any country is to add a useful plant to its culture.’

“We will try this winter to cover our garden with a heavy coat of manure. When earth is rich it bids defiance to droughts, yields in abundance and of the best quality. I suspect that the insects which have harassed you have been encouraged by the feebleness of your plants, and that has been produced by the lean state of the soil. We will attack them another year with joint efforts.”

For Jefferson, farming was perhaps the foremost means for social change.

Reflecting on his greatest public services, he included the introduction of upland rice and olives alongside penning the Declaration of Independence. “The greatest service which can be rendered any country is to add a useful plant to its culture.”

The rice and the olives were not proving too promising when Jefferson wrote that — but then he was a farmer of indefatigable resolve.

Nicole Cotroneo Jolly (@nicolecotroneo) is a journalist, filmmaker and founder of How Does It Grow? – a series of food education videos that trace our food back from the fork to the field.