Over time, both the vineyards and restaurants of the Valle de Guadalupe region in Baja have thrived, drawing enthusiastic customers and critical successes. 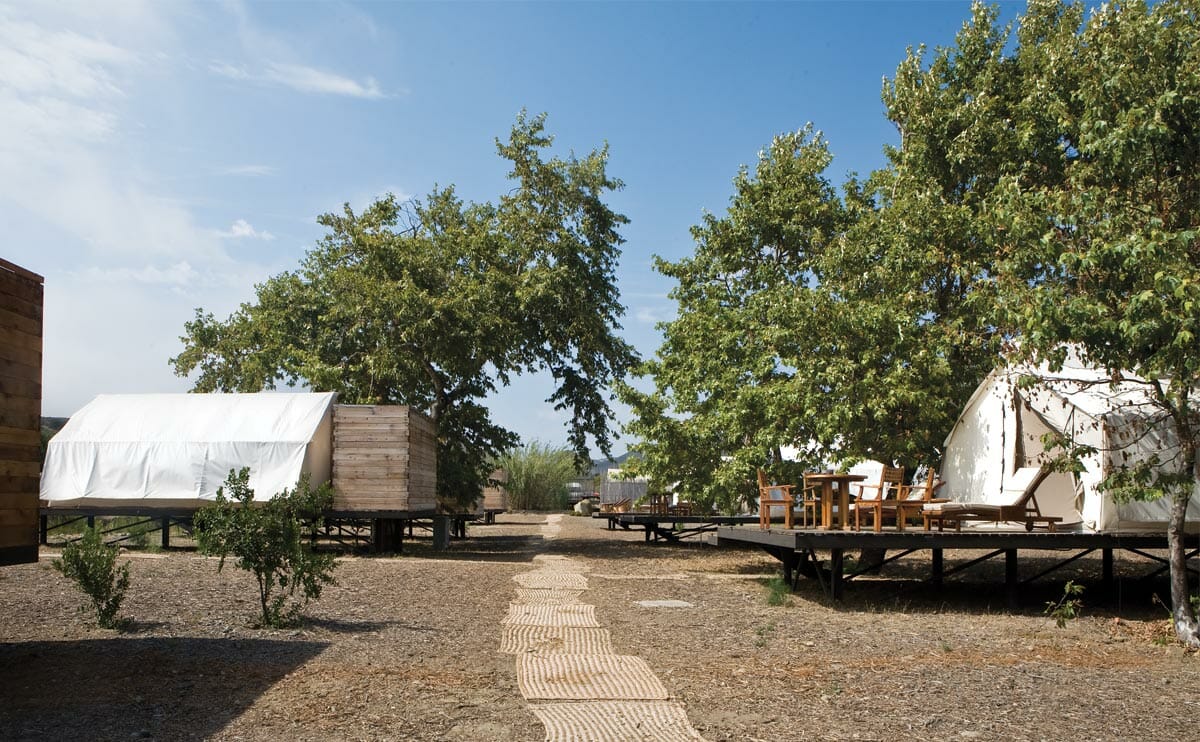 The hills of northern Baja are covered in shrubs and strewn with massive, misshapen boulders, giving them a harsh, otherworldly beauty. It’s an unexpected setting for one of the newest and most intriguing wine regions in the Americas. In recent decades, the Valle de Guadalupe region has gone from producing a handful of mediocre wines (the remnants of a faded industry that began a century ago) to having more than 60 wineries and many respected winemakers. As often happens, chefs have followed the vines. Drawn by a Mediterranean climate that offers a rare range and quality of ingredients – including grass-fed beef, olive oil, fresh seafood and tropical fruit – they built creative, ambitious restaurants surrounded by farmland at the end of dusty dirt roads. Over time, both the vineyards and restaurants thrived, drawing enthusiastic customers and critical successes.

On the 75-acre La Villa del Valle estate, the restaurant CorazÁ³n de Tierra (“Heart of the Land”) is a minimalist steel structure with floor-to-ceiling sliding glass windows that open onto expansive gardens, where artichokes bloom with purple flowers, sunflowers grow head-high and rows of lavender run between olive trees. The charismatic young chef, Diego Hernandez, is an Ensenada native who insists that all the produce used in his ever-changing six-course tasting menu is sourced entirely from the estate. The property also presses the only organic olive oil in the valley and makes a line of lavender-scented bath products.

Just down the hill from CorazÁ³n de Tierra, beside a small lake, the Alejandro D’Acosta”“designed Vena Cava winery is built from the overturned hulls of antique wooden fishing boats. Originally from Manchester, England, the winery’s owner, Phil Gregory, is a former Los Angeles music producer, a skilled winemaker and generous host.

The spiritual heart of the valley’s wine community is EstaciÁ³n de Oficios del Porvenir, a nonprofit winemaking school and cooperative known locally as La Escuelita. On top of being a training ground for amateur winemakers, the school has a communal olive press and a coffee roaster. The excellent on-site coffee counter, Azul Café, transports single-source beans from the coffee-growing regions of southern Mexico (beans are also available by the pound).

Cuatro Cuatros sits on 1,700 acres of coastal land, at the doorstep of the Valle de Guadalupe. Comprised of 12 canvas-walled, A-frame tent cabins on a 40-acre vineyard, the lodgings look out over two large fishing boats transported to the vineyard from the Gulf of California. “If you look out from the terrace from any of the cabañas, you see the boats,” says Arturo Rodriguez, who manages reservations and events. “They look like they’re drifting on the vineyards – like floating on the water, but instead they’re on the vines.”

Last year, one of Tijuana’s most respected chefs, Javier Plascencia, opened a farm restaurant down an unpaved side road. The restaurant’s brick patio, shaded by a corrugated metal roof, is packed in the late afternoons, when the wine-tasting crowd settles in for a long meal overlooking the vines. A blackboard lists local ingredients, like tomatoes from Mogor Badan winery, where there’s a twice-weekly farmers market, and sea salt from San Felipe, on the Gulf of California. The wood-fueled grill gives a smoky depth to Pacific Rim-influenced dishes like grilled octopus with soy sauce, ginger and peanuts, while crawfish are brightened with an herbes de Provence”“like spice mix.