Meet The Modern Farmers Drumming Up Demand for Kelp

These New England seaweed farmers formed a cooperative in an effort to share the load of seaweed farming, as well as amp up their marketing efforts. 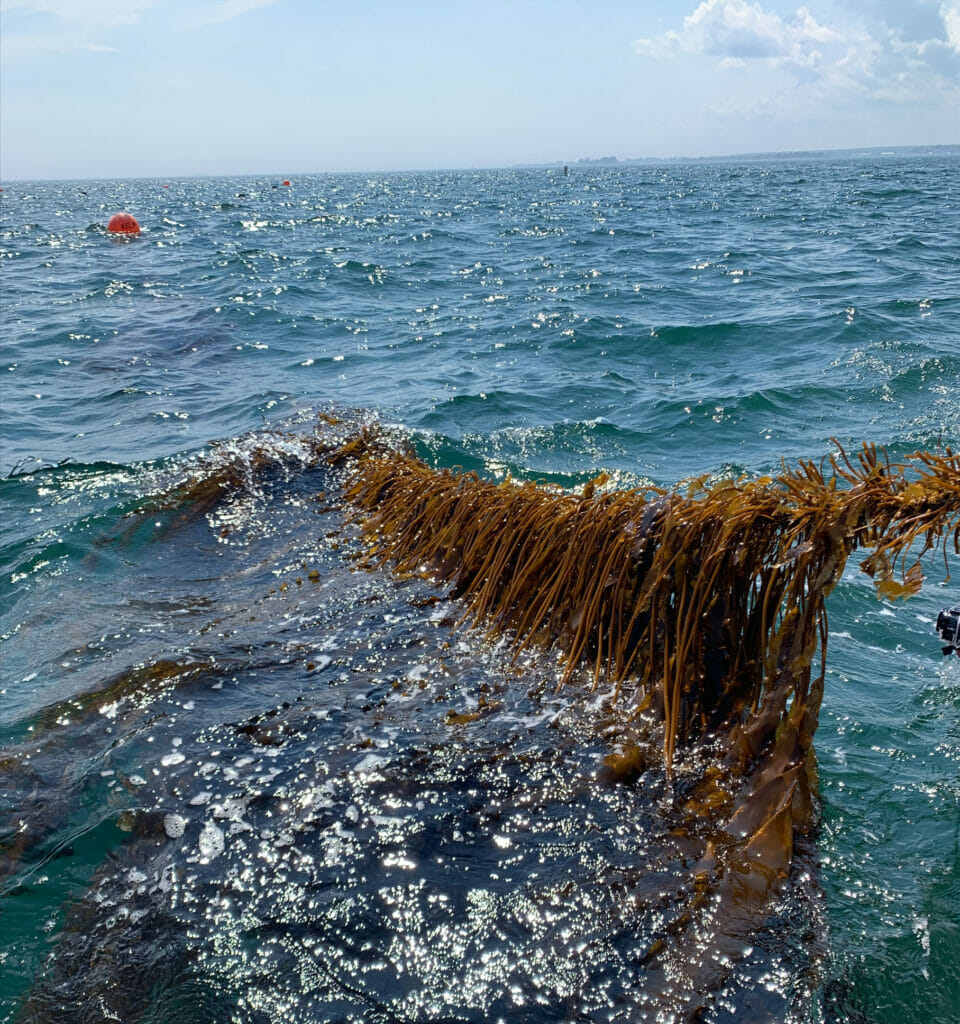 “Growing up, I spent a lot of time on the Sound. I’m a big water person and I’ve always been an environmentalist, so when I learned about the process of cultivating kelp, it didn’t take long for me to say ‘OK, I want to do this,’” says McGee, who has been farming kelp off the coast of Connecticut since 2019.

It led McGee and fellow Connecticut seaweed farmer Suzie Flores to create the Sugar Kelp Cooperative. Officially established in 2022, the Sugar Kelp Cooperative consists of McGee, Flores and four other kelp farms in Connecticut and Rhode Island. Each farmer is a voting member of the cooperative, with an ownership stake, and they’re hoping to grow in 2023 to include farmers in Massachusetts and Maine. “Suzie and I kept talking about marketing and we kept coming up with ideas. We realized we needed to create an entity whose main goal is market generation. To do that, we needed to become a distributor and have year-round supply for it to be sustainable,” says McGee. 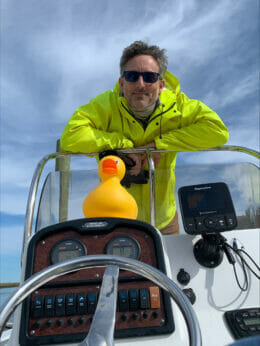 Jonathan McGee on the water. Photography by Sugar Kelp Cooperative.

In their first two years, Sugar Kelp created the popular New England Kelp Harvest Week, which takes place depending on the harvest season in mid to late April. The eventweek is a way for them to promote sales to restaurants, retail shops such as fish markets and food co-ops and breweries and distilleries, while introducing the general public to new ways to eat kelp.

“It’s really cool to see all the different applications for kelp,” says McGee, adding that he’s looking forward to seeing how a few of the bakeries they’re now selling use kelp.

Overall, McGee says they’ve been happy with the results of New England Kelp Harvest Week, with every participating vendor telling them it was a net profit for their business.

But while they’re hoping to expand kelp week from primarily based in Connecticut to up the Rhode Island shoreline and down into New York in 2023, their biggest goal and challenge is creating year-round supply and demand.

“It’s the difference between being a special on someone’s menu and being a standard,” says McGee.

The cooperative handles everything post-harvest, including  marketing, product development and sales efforts, to make sure that the kelp gets where it needs to go. They process the kelp to make it shelf stable for roughly a week, by drying it or blanching and freezing the fresh kelp. Right now, they dry out their kelp in a solar-powered seaweed processing facility. Seaweed farming is becoming increasingly popular for its potential to help mitigate climate change while supporting working waterfronts and providing people with healthy food. Kelp doesn’t require external inputs such as feed or fertilizer to grow, it doesn’t require fresh water or land, and it doesn’t produce methane emissions. But while seaweed farming is growing, getting permits to farm can be a long and arduous process.

“Our regulations are quite robust and for good reason,” says McGee. “But it means there’s a good amount of oversight from the beginning when creating a site.

McGee had identified four potential sites for kelp farming before finally getting approval. And after a site is found and permitting given, kelp farmers still have to have their seaweed tested annually for food consumption, something that the cooperative helps the farmers do.

For farmers like McGee to keep growing it, they have to be able to sell it. While seaweed has long been farmed and consumed throughout the world, the industry is relatively young in the U.S., with farmers working to create a demand for their project.

Creating that year-round supply will also allow the Sugar Kelp Cooperative to invest in processing on a larger scale and  survive potential weather disruptions or crop failures.

Passionate that farmers should be able to make a living wage and that growing kelp should leave the local waterways and the planet better, the Sugar Kelp Cooperative is part of a growing trend of aquaculture farmers forming cooperatives to make it feasible for more farmers to regeneratively farm the ocean.

It’s incredible to see how the Sugar Kelp Cooperative works to create a successful, sustainable, and environmentally friendly kelp farming industry. It’s inspiring to see the dedication and hard work that the farmers have put in to make this happen. I’m looking forward to seeing what the future holds for cooperative and kelp farming!

Why do I feel sure that they are not “farming”? History has shown that east coast yankee’s only know how to extract and exploit an existing niche. Are these “farmers” leaving natural kelp beds untouched?

Popular
7 Smokable Plants You Can Grow That Aren’t MarijuanaBrian Barth
The Fertilizer Shortage Will Persist in 2023Shea Swenson
Agricultural Runoff Pollutes Well Water, a ‘Public Health Crisis In the Making’Madison McVan, Investigate Midwest
Move Over, Mezcal. A Sustainable Tequila Alternative Is Taking Over.Hollie Stephens
Why Don’t We Eat Turkey Eggs?Dan Nosowitz
Explore Modern Farmer
Related
Food & Drink
Bartender, There’s Seaweed in My BeerMeaghan Agnew
Food & Drink
How One Chef is Embracing Seasonal Food with Sub-Sea ForagingEmily Baron Cadloff
Features, Food & Drink, Fungi
Could New York Become the Mushroom State?Sara Foss
Food Security, news
Record-Breaking Egg Profits Prompt Accusation of Price GougingClaire Carlson, The Daily Yonder
wpDiscuz
We use cookies on our website to give you the most relevant experience by remembering your preferences and repeat visits. By clicking “Accept”, you consent to the use of ALL the cookies.
Cookie settings ACCEPT
Privacy & Cookies Policy