It’s Another Less-Than-Fruitful Year for Cranberries

The Thanksgiving staple may be in short supply this year. 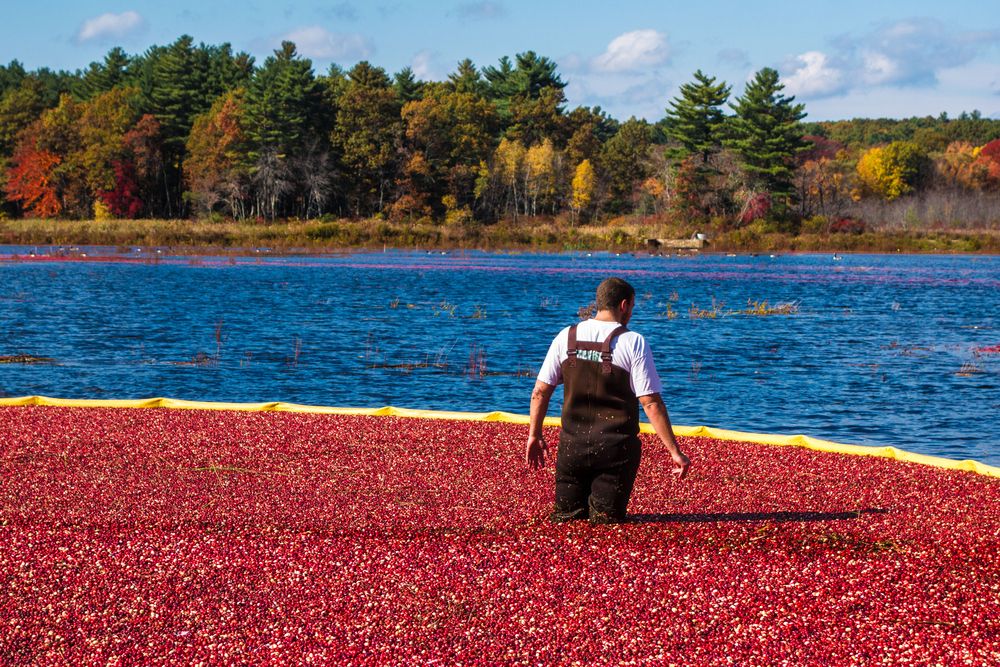 Cranberries, which grow mainly in Wisconsin and Massachusetts in marshy fields called bogs, have had a string of low-yield years in a row, primarily due to extreme weather conditions. In recent years, cranberry farmers have had to grapple with hailstorms, floods and now droughts, creating razor-thin margins and fresh cranberry shortages.

Most of Massachusetts, along with many other Northeastern states, have suffered through stages of mild to moderate droughts throughout the past couple of years, impacting crop outputs. As the state is second in cranberry production in the US behind Wisconsin, the harsh growing conditions have resulted in low cranberry yields.

Past years in the New England area were bleak for cranberries, a crop that requires the right amount of water to thrive. Too much water too early in the growing process—as was the case in 2015 and 2017 when the area suffered storming and floods—and fungus can impact the quality and integrity of the berries. Not enough, a risk during drought years, and the cranberry vines will shrivel up and not carry berries to full maturity.

Outlooks in Midwestern bogs last year weren’t much better. In Wisconsin in 2021, cranberry farmers grappled with extreme weather events such as hailstorms and early freezes. The resulting cranberry output was close to 100 million pounds less than that of a typical year.

Cranberries aren’t the first, or last, crop to succumb to weather problems and intense drought. Weather circumstances have been putting strains on the output of many different crops both country-wide and globally.

When it comes to the cranberry crisis, Thanksgiving side lists aren’t the only thing taking a hit. The fruit accounts for $1 billion in both the Massachusetts and Wisconsin economy and generates a total of around 11,000 jobs annually.

Only around three percent of the berries are sold fresh, with most of the fruit winding up in juices, cans or dried. Farmers save small numbers of only their best fruit for selling fresh, not leaving much buffer for years the berries are put through the weather wringer. So, when it comes to the Thanksgiving table this year, fresh cranberries may be in short supply.

Climate change is related to carbon monoxide so why are chemical logs, duraflame etc okay? They produce Co2 as well as chemicals!?

There is definitely not going to be a shortage of cranberries and cranberry products this year, just might cost a little more is all.
The short crops follow years of surpluses, so it’s not a bad thing to have a tight crop.