Drought Takes a Toll on Farmers and Ranchers Across the Country

Producers and crops are feeling the heat. 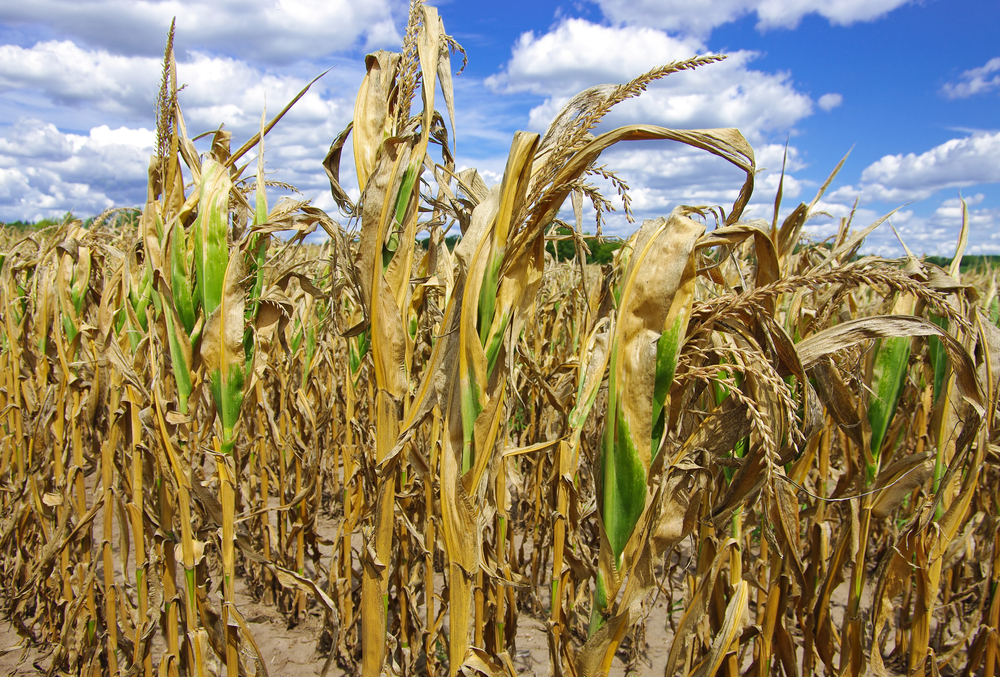 Drought-stricken land across the US has resulted in decimated crop yields in many regions this year—and an uphill battle for American farmers.

Around 40 percent of the country has been experiencing drought for over 100 consecutive days. This year, the Central and Southern Great Plains have taken the brunt of the drought. The area, where a lack of precipitation has crippled the cotton and sorghum wheat crop (mostly used for animal feed), runs south  from Nebraska through Texas. As of July, the USDA reported that the states with the worst dry conditions include California, Texas, Oregon, Nevada, Utah and New Mexico.

These states are overwhelmingly responsible for the country’s fruit, nut and vegetable supply, and the lack of water will likely lead to consumers shelling out higher dollar amounts at grocery stores as farmers struggle to meet supply demands.

In California, which is almost entirely covered in at least a severe level of drought, lack of precipitation is forcing farmers to choose which crops get water and which get left in the dust. Olives, almonds and grapes—which offer higher payouts—typically tend to win out over crops such as tomatoes, strawberries, melons and lettuces.

In Texas, the rate of cotton crop abandonment will likely hit an all-time high of around 69 percent, thanks to the drought conditions.

Drought is also posing an issue in Iowa—which ranks high in the US production of corn, soybeans, hog and cattle. The Southeast region of the state is so drought-stricken that only 10 percent of the soil is holding enough water to support crop growth.

In response to drought conditions, the USDA lowered corn crop yield projections this summer, but now it looks like even the paired-down prediction will be higher than the actual crop output. In addition to corn crop yields being lower than average, quality is also taking a hit, with an abundance of reports of corn with small grains and missing kernels thanks to a lack of water and overall high temperatures.

A recent survey conducted by the American Farm Bureau found that around three-quarters of American farmers have reported drought impacting their crop yields. Many of those farmers, nearly 37 percent, say they are killing off crops in their own fields that have no chance of reaching maturity due to the climate conditions.

Despite the widespread nature of the drought conditions, not all crops are feeling the heat. USDA data shows that soybean production is set to increase around two percent from 2021. Certain wheat yields are also in the green, with an eight-percent boost over last year—mostly in response to the increased wheat demand as a result of the war in the major global wheat supplier, Ukraine.

Growers are not the only group impacted by the worst drought in decades. Ranchers have reported high numbers of selling off livestock that their land can no longer support. According to Farm Bureau data, herd sizes this year will be down nearly 32 percent, with the biggest herd size reductions seen in Texas, New Mexico and Oregon.

Popular
7 Smokable Plants You Can Grow That Aren’t MarijuanaBrian Barth
New Solar Panels Allow Farmers to See the LightNaoki Nitta
6 Differences Between Llamas and AlpacasAndrew Amelinckx
The Cold Swim HomeMarcie Callewaert
Goat Sex: Everything You Wanted to Know But Were Afraid to AskAndrew Amelinckx
Explore Modern Farmer
Related
Environment, Labor, Water
California Farms and Farmworkers Attempt to Recover From Record FloodsNaoki Nitta
Aquaculture, Technology
Can Interactive Mapping Tools Guide Shellfish Restoration?Bridget Shirvell
Animals, Health, news, Technology
First Vaccine for Honey Bees Approved by USDAEmily Baron Cadloff
Environment, Pests, Plants
This Teen Farmer Turned a 4-H Project Into a Startup BusinessEmily Baron Cadloff
wpDiscuz
We use cookies on our website to give you the most relevant experience by remembering your preferences and repeat visits. By clicking “Accept”, you consent to the use of ALL the cookies.
Cookie settings ACCEPT
Privacy & Cookies Policy