Why You Should Grow Almonds and Thyme Together - Modern Farmer
Plants

Why You Should Grow Almonds and Thyme Together

A new study confirms that these plants make the perfect pairing—both environmentally and economically. 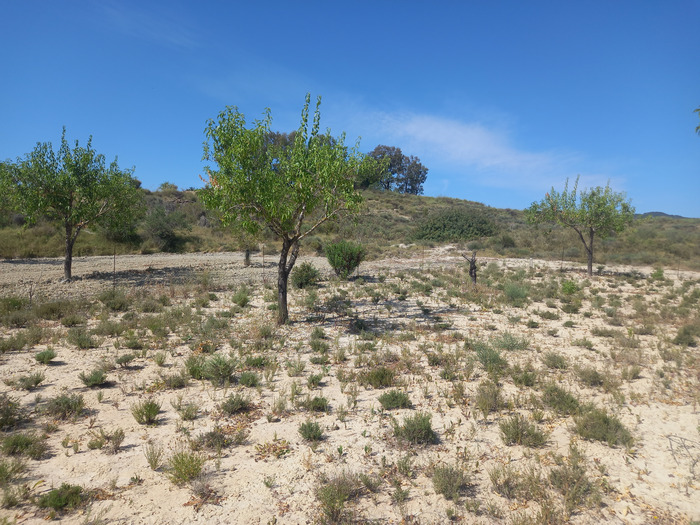 The secret to growing almonds while retaining healthy soil and mitigating the impacts of climate change may be as simple as adding a little thyme.

According to a study conducted as a part of the Diverfarming project—a European initiative aimed at increasing sustainable farming and forestry, including crop diversification and low-input farming practices—adding rows of perennial plants such as thyme to almond orchards can simultaneously reduce greenhouse gas emissions and increase soil carbon sequestration. The addition of thyme to the orchards also increased the productivity of the crop land.

To conduct the experiment, a team of researchers from both the Universidad Politécnica de Cartagena and CEBAS-CSIC in Spain planted two perennials—thyme and capers—among dryland almond orchards in Murcia and reduced the amount of tillage in the fields. The team regularly checked the levels of both nitrogen oxide and carbon dioxide in the fields throughout the research period.

The addition of the thyme was a success. Over the two years the researchers conducted the study, the thyme helped increase the total organic carbon in the soil, and total emissions of the fields decreased.

The practice of intercropping—or adding more than one crop species to a swath of land—is often used in hopes of increasing overall crop yields, mitigating pest problems and suppressing crop diseases. It also offers growers a way to work the land in a more sustainable, environmentally friendly manner.

Not only is the practice of intercropping almonds with thyme a win environmentally speaking, it also works economically speaking. The yield of thyme was abundant—enough to result in seven liters of thyme essential oil per hectare— without negatively impacting the almond yield, which also thrived.

As for the addition of the capers through the rows of almond trees in the orchards, at least two more years of research is required to determine whether intercropping with the plant will have the same beneficial results as the thyme.