The United Farm Workers union set out for a 24-day march from Delano to Sacramento, the state’s capital. 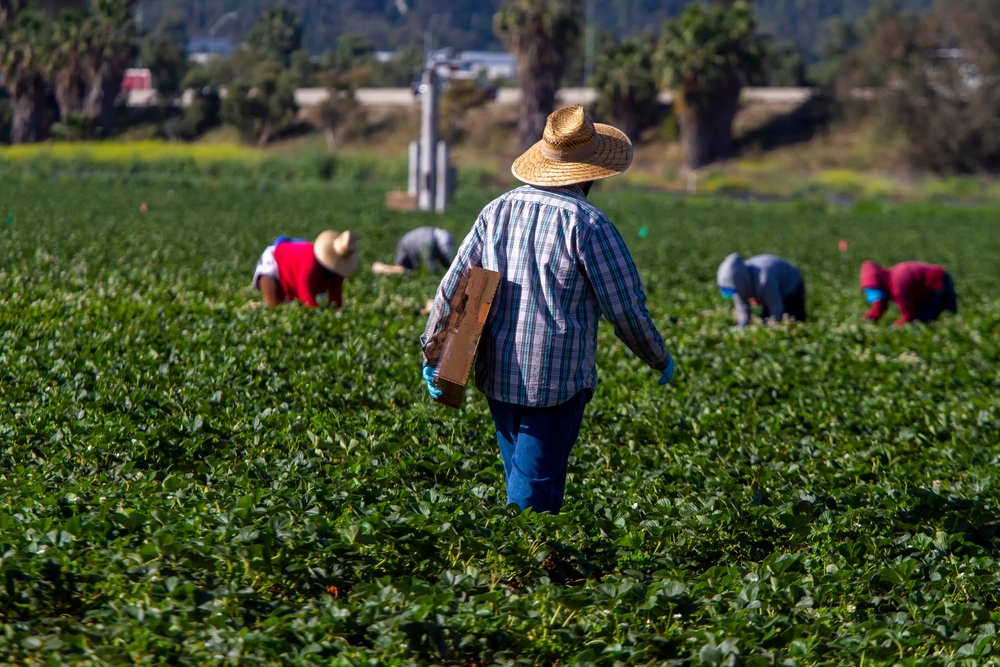 Around 500 farmworkers took their first steps today in a march for voting rights that will take the participants 335 miles across the state of California over 24 days.

The march, entitled “March for the Governor’s Signature,” is a rally to urge California governor Gavin Newsom to sign a bill that would allow more voting options for farmworkers when casting a ballot for or against unionization—adding both mail-in or drop-off ballot choices.

The march began today at the United Farm Workers union’s original headquarters in Delano, California, and it will continue over the course of the next few weeks. Participants will be starting the walk at 7 am every day until they reach their final destination, the state capital in Sacramento. They’re expected to arrive on August 26 after marching on foot for an average of 15 miles per day.

Farmworkers have faced historic discrimination when it comes to fair labor practices and have long been excluded from labor protections under federal and state laws. In the past, farmworkers have been purposefully left out of protections such as the 1938 Fair Labor Standards Act, which guarantees overtime pay, as well as the 1935 National Labor Relations Act, which makes it illegal for an employer to fire an employee on the basis of supporting a labor union. And now, reports Civil Eats, less than one percent of American farmers are part of a labor union.

RELATED: Meet the Farmer Pushing for a Guaranteed Basic Income for Agricultural Workers

The current law dictates that farmworkers are allowed the right to vote if they want to be represented by a union. As of now, the voting process involves workers voting at an in-person-only venue, designated by the ​​Agricultural Labor Relations Board (ALRB). The process typically happens at the workers’ place of employment. The voters must present an identification card or pay stub and are then handed a ballot to vote on anonymously. The ballots are then reviewed by the ALRB.

A new bill—AB 2183, the Agricultural Labor Relations Voting Choice Act—would protect voters from acts such as voter suppression by employers, who could face fines of up to $10,000 for the suppression or any predatory labor practices. The goal of the bill is to eliminate hurdles for voters, along with subjection to intimidation and threats when casting their ballot.

The language of the bill adopts the same used for voters’ rights in political elections in California, meaning it allows for farmworkers to mail in their ballots or opt to drop them off at designated locations instead of needing to be physically present to vote. This provides the opportunity for the workers to seek help with completing their ballot, as well as the option to have assistance in delivering the ballot, as it would allow others the right to do so on behalf of a worker.