Minnesota farmer and distiller Mike Swanson trialed 15 different varieties of rye in an effort to create the perfect bottle of whiskey. 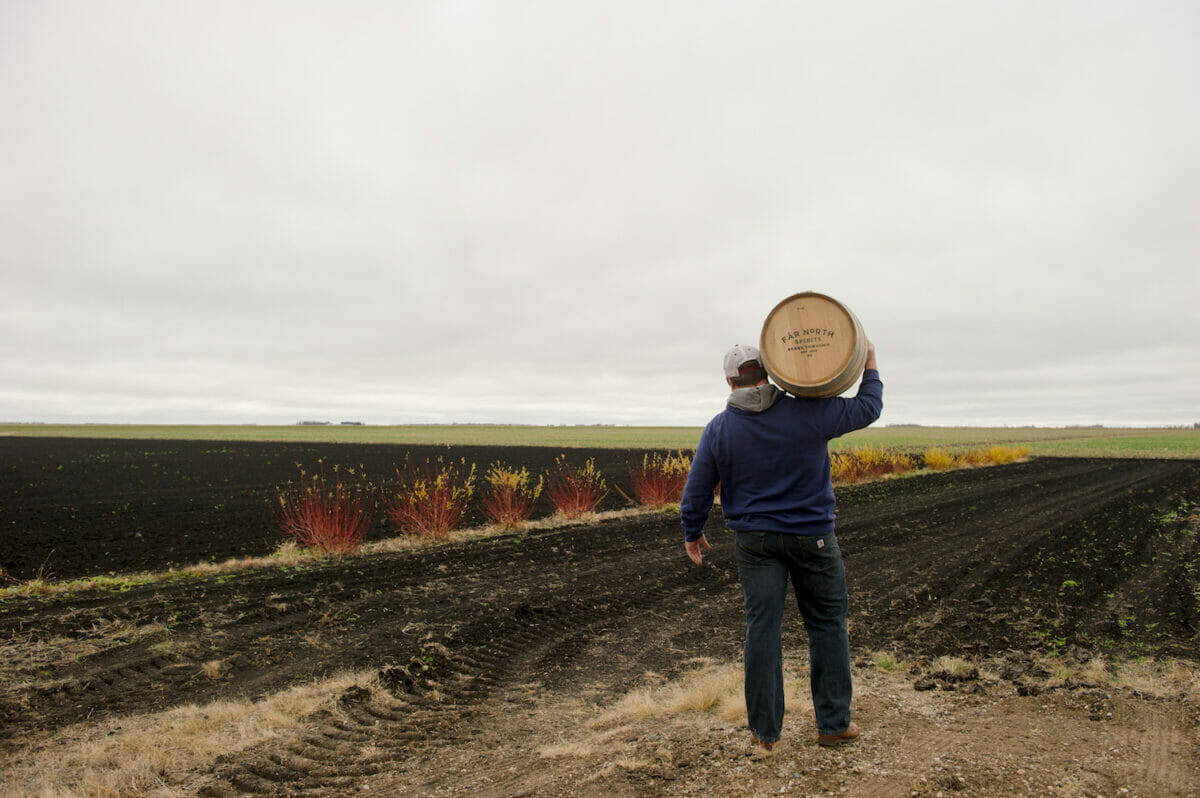 Even if you think you know an outcome, you still need to test it out. An idea is just a hypothesis until you have evidence. So it is in science, and so it is in farming. For Mike Swanson, who strives for a happy blend of science and farming, testing and gathering data is a driving force.

Together with his wife Cheri, Swanson co-owns and operates Far North Spirits in Hallock, Minnesota, just 25 miles from the Canadian border. On his flat patch of prairie land, Swanson doesn’t just make spirits. He also grows every grain used to make the whiskeys he produces, operating as a true farm distillery. Every year, he plants about 100 acres of rye varieties, using some varieties such as AC Hazlet and Oklon, while also bringing in heirloom and heritage varieties to test out. This year, he planted Keystone Rosen, a pre-Prohibition era rye from Pennsylvania, the Keystone State. With each heirloom crop, Swanson gets a chance to test out a new flavor profile while also building up his own personal seed bank.

But the farmer-distiller doesn’t just grow heirloom grain for the fun of it. Swanson is following the evidence.

In 2015, Swanson partnered with the Minnesota Department of Agriculture to study whether the variety of grain used to make whiskey meaningfully changes the taste. It seems like common sense, but surprisingly, Swanson couldn’t find any research on the topic. “I had to entertain the idea that there wasn’t going to be any difference at all, once we fermented and distilled,” Swanson says. “I was open to that possibility. You have to be, as a scientist.” So, he created and conducted the study himself. 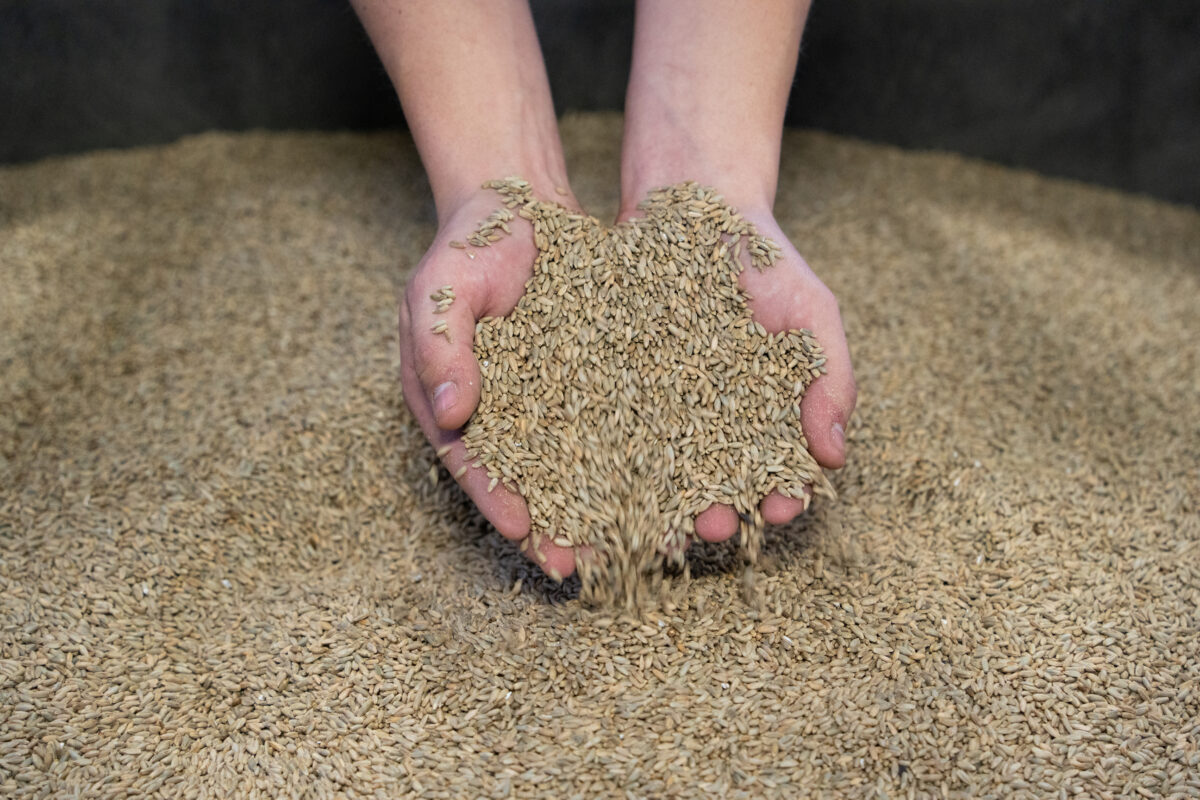 On the same plot of land, Swanson grew 15 different varieties of rye. If he controlled for all other factors—climate, soil type, planting—and used the same mashing, fermentation and distillation process on each grain, would there be a difference in the spirit’s final taste? He wanted to know.

“We put the distillate in front of as many noses and palates [as] we could to establish whether or not people were picking up on differences between those distillates. And we found there was a pretty significant difference,” says Swanson. “There were a few older, open-pollinated varieties that really didn’t taste very good. But then there were a few that were absolutely stunning. And what fascinated us was that all of the hybrids kind of tasted the same.”

Time and time again, the flavor of the heritage and heirloom grains outperformed the hybrid rye varieties—but that doesn’t mean hybrids don’t have their place. “They are incredibly robust in the field,” Swanson says. “They give beautiful standards, they yield astronomical amounts. They’re really well-designed hybrid grains.” But for the base of his spirits, such as Swanson’s Rocknar Minnesota Rye,  Swanson relies on AC Hazlet, a non-hybrid, open-pollinated variety. The rye is mixed with malt barley and heirloom corn to create a smooth, consistent flavor profile. 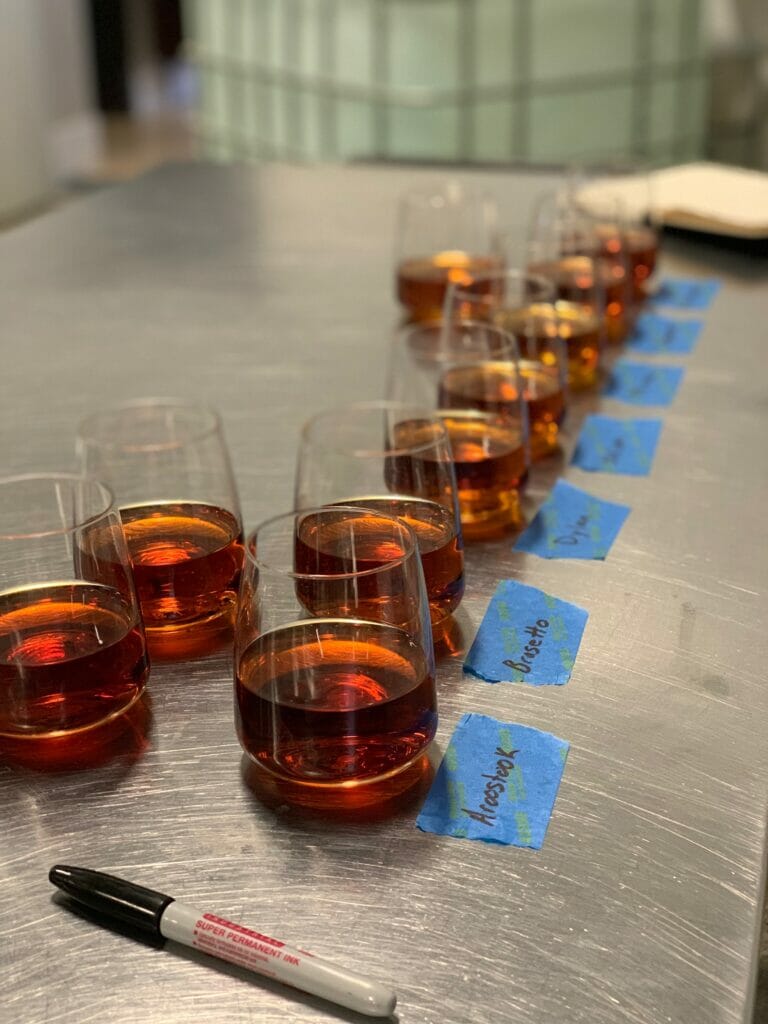 While hybrids might produce a more robust yield, taking the time to test heritage varieties, and even to bring back forgotten grains, it’s about more than just yield. It’s about prioritizing flavor, prioritizing the enjoyment of the spirit over all else. “There was a variety from Oklahoma, they’ve been around quite a while called Oklon. And it didn’t grow very well up here. And it didn’t mill or mash very well, and it tasted awful coming off the still. But when we pulled it out of the barrel, it was amazing,” he recalls. Another variety from Wisconsin called Spooner Rye also proved difficult. “In both cases, I was really disappointed because I was like, ‘I don’t want to grow that stuff again.’ It was a pain. But right now, I have eight acres of Oklon in the ground because it tastes amazing.”

Swanson encourages other distillers to get as involved as they can in the agricultural side of the process. Some, like him, might be able to grow their own grain, a tradition that dates back hundreds of years. Others might not have that opportunity, but he would encourage them to buy local grains and speak with the farmers about which variety they use and why. By developing the agricultural side of distilling, the end user experience gets better and better.

“To me, that’s kind of the romance of heirloom,” says Swanson. “You learn what makes these grains well adapted for the place that they came from. What was that environment like? Was it over in Russia? Was it in Poland or was it in Estonia?…When you start elevating the agricultural aspects of whiskey, it becomes so much more beautiful.”

Where can you purchase his products??

If you are interested in the varietals i would follow far north spirits on instagram, my understanding is they are going to be doing something with them in the near future,

Also all of their current products are amazing, and they are doing gin with different ingredients to get different colors(so far blue and pink)

Yield of whiskey per unit quantity of raw material. Also the quality and cost comparison with the ones available in the market, is desirable.