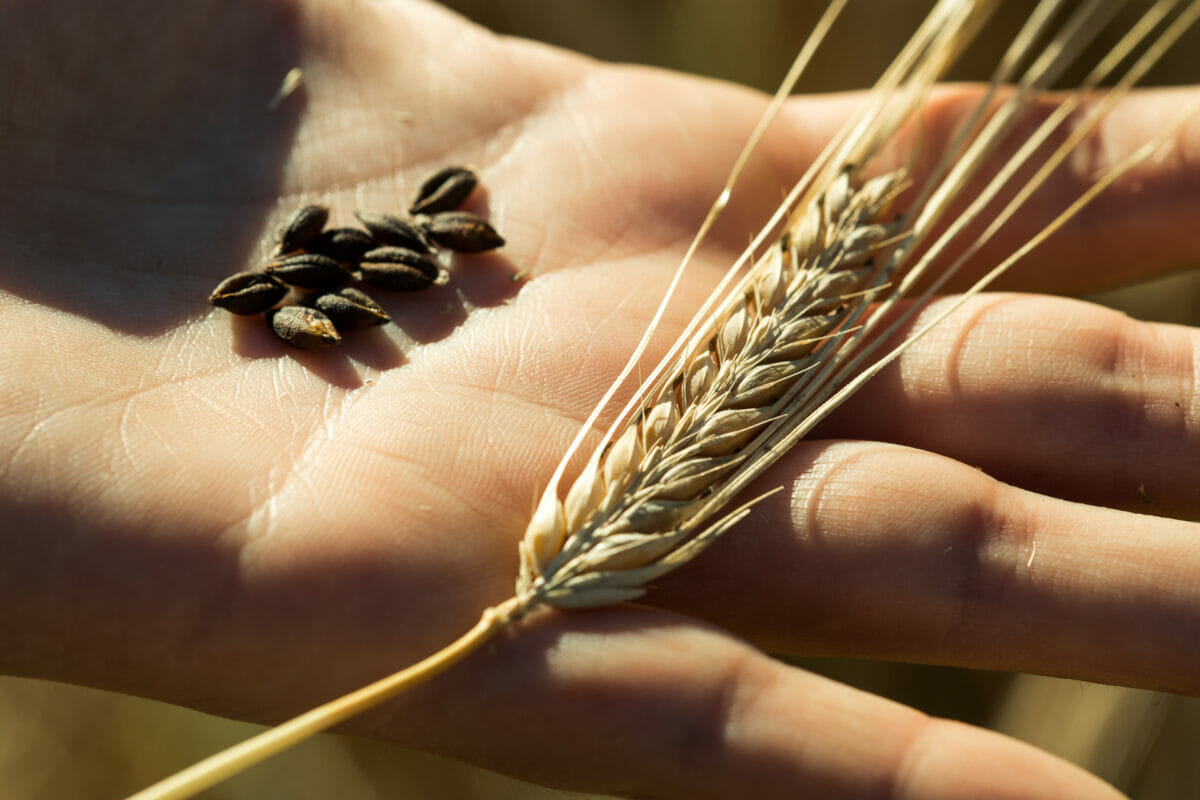 Across the country, distillers and whiskey enthusiasts are focusing on the potential of local barley varieties.
Photography courtesy of Westland Distillery.
Share
Tweet
Pin
Email

American whiskey has long been about corn. After all, it’s the star ingredient in bourbon, the country’s beloved spirit. Yet the Alcohol and Tobacco Tax and Trade Bureau (TTB), which is responsible for regulating and collecting taxes on alcohol, is set to officially recognize a new category of whiskey—American single malt—later this year, and it’s already driving a renewed interest in barley and those who grow it.

“Knowing that American-grown barley was available helped spark the interest in American single malt whiskey for many producers, myself included,” says Matthew Hofmann, cofounder and master distiller at Westland Distillery in Seattle.

Single malt whiskey might be most frequently associated with Scotland (single malt Scotch, anyone?), but it can be, and increasingly is, produced elsewhere. The number of American craft distilleries collecting accolades for single malt, a style of whiskey made at a single distillery using solely malted barley, is small but growing. Many put the origin of the barley front and center. Producers highlight the origin of the grains on websites, marketing materials and often on the bottles themselves. 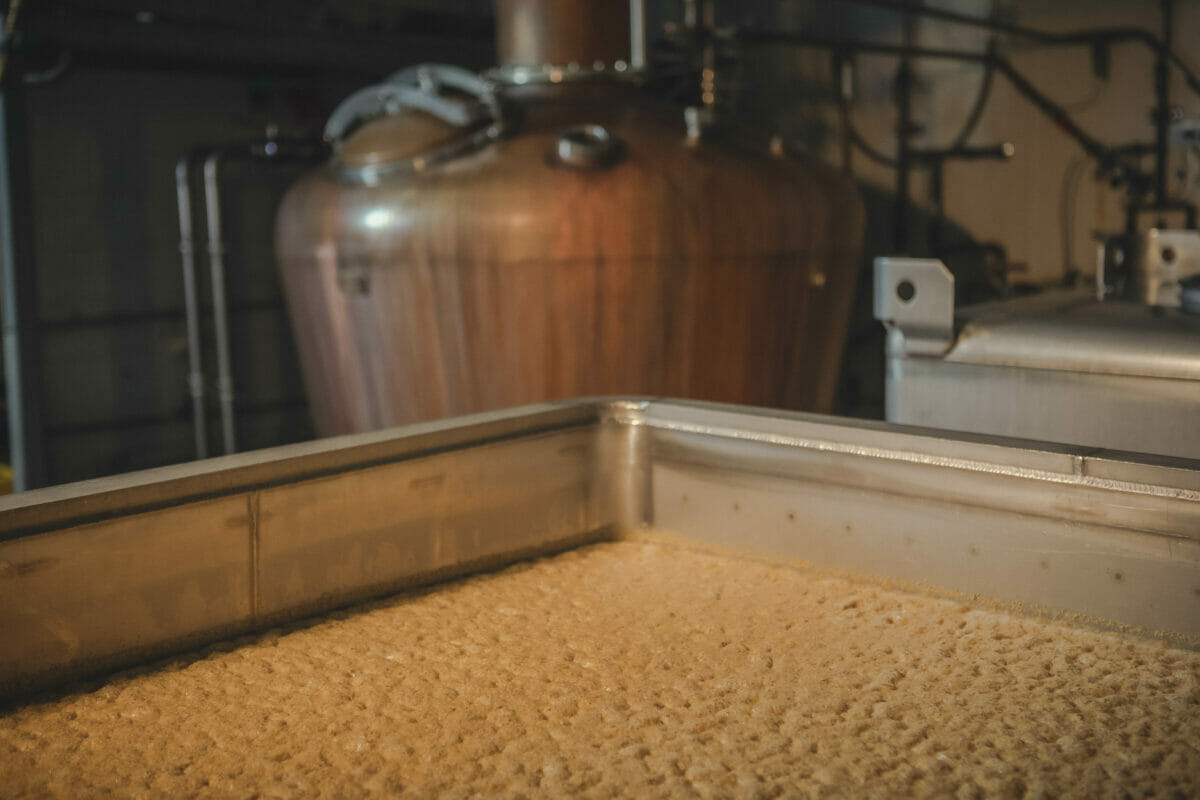 Hillrock, in New York’s Hudson Valley, uses estate-grown barley that’s malted on site, while Oregon’s Westward prides itself on using local Pacific Northwest barley. Balcones, in Waco, Texas, made a name for itself with the first single malt whiskey made from Texas-grown malted barley. In Colorado, Stranahan’s has been making single malt for more than a decade, and it now has a number of single malts made with Rocky Mountain barley.

Even when the specific barley region isn’t called out, the preference for American-grown barley is. Virginia Distillery Company experimented with barley grown on site, but today, it works with more than 300 farmers across North America for the two-row spring barley used in its award-winning single malts.

[RELATED: A Grainshed Rises in the Northeast]

“As the only grain in our mash bill, barley is arguably the most crucial ingredient in our distillation process,” says Amanda Beckwith, Virginia Distillery Company’s lead blender and education manager.

Rhonda Kallman, who helped Jim Koch start Boston Beer Company and is the founder and CEO of Boston Harbor Distillery, described the surge in American single malt among craft distilleries as “an ingredient story” on a recent panel at the Craft Malt Conference, hosted by the Craft Maltsters Guild, called “Beyond Brewing: Malt Meets Distilling.”

What’s to come in distilling, she added, will “parallel what happened with craft beer, and the future is whole grain whiskey in America.”

A Break From the Commodity Market

Regional barley is different from the barley sold on the commodity market in mass quantities, both in taste and in the relationship between the farm and final product. “That commodity system has separated all of us in the chain—farmer, maltster and distiller—from each other,” Hofmann says.

Yet the options for American barley are limited for anyone producing single malt whiskey at scale.

“When we founded Westland, there were almost no options besides the approved commodities list, not just here in America but everywhere in the world,” Hofmann says. “It would be like everyone was trying to make wine with Concord grapes instead of the thousands of different ones out there today.” 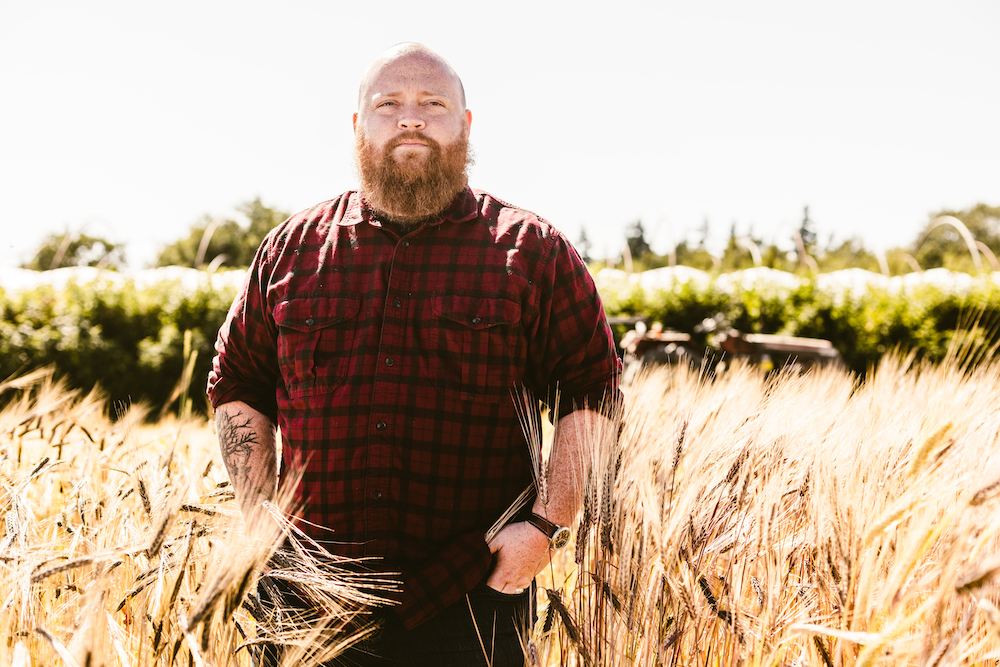 Westland has now made whiskey using 22 different varieties of barley—more than the 10 varieties used by the entire Scotch whisky industry. By 2025, the distillery plans to phase out the use of commodity barley entirely in an effort to attain a better economic system for farmers, more sustainable options and increased flavor profile innovation. Still, Hofmann recognizes that most distilleries in the US will continue to use commodity barley for “a long time.”

“Right now, so much of the risk in the commodity system is allocated to the farmer, and that’s just not going to fly in the long term,” Hofmann says. “We need to put more power in the hands of the farmers. We as distillers need to embrace variation and change; the reality is that things won’t always be the same, especially with a changing climate.”

Smaller distilleries, like those making American single malt, are well equipped to reflect variations similar to how wineries reflect vintages. 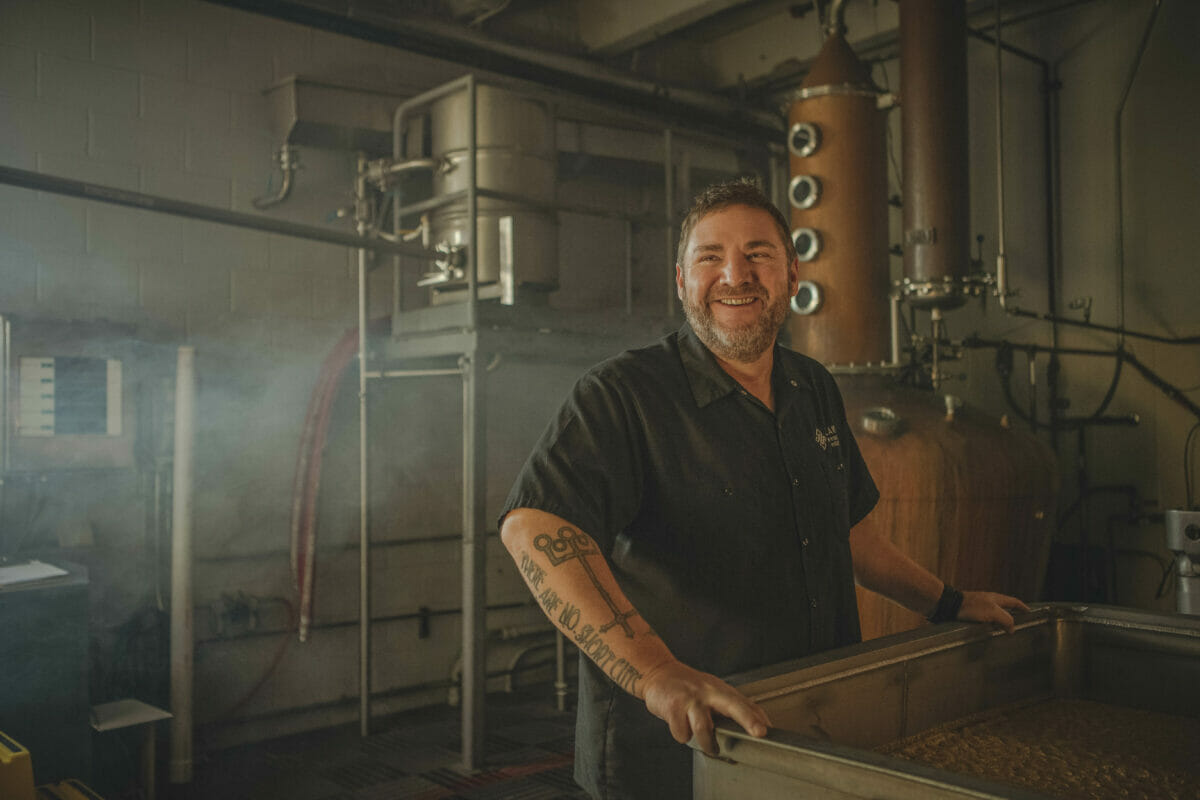 “We have always viewed whiskey in a historical context as a value-added farm product,” says Al Laws, founder of Laws Whiskey House in Colorado. “So we started out looking for locally grown grain on the thesis that it would add distinctive terroir and contribute to our goal of differentiated flavor in our whiskies.”

Laws worked with brothers Jason and Josh Cody, who own Colorado Malting Company, to experiment with various varieties of grain the family both grows and malts. One of the results is Henry Road Straight Malt Whiskey, featuring a barley variety that was almost lost to extinction after commercial farmers decided it didn’t produce large enough yields. While labeled as a straight malt rather than single malt, the whiskey is made with 100-percent heirloom malted barley and centers the grain, and the farmers, just as much as single malts from elsewhere.

“Malting and farming at the scale of the family farm is fiscally impossible unless you have help from businesses like Laws that are willing to invest in the future of the family farm and agriculture in our country,” Josh says. “That’s the honest truth. Larger industries have made it impossible for family farms like ours to succeed, and our success ultimately requires someone at that stage in the production process. Without them, it’s impossible.” 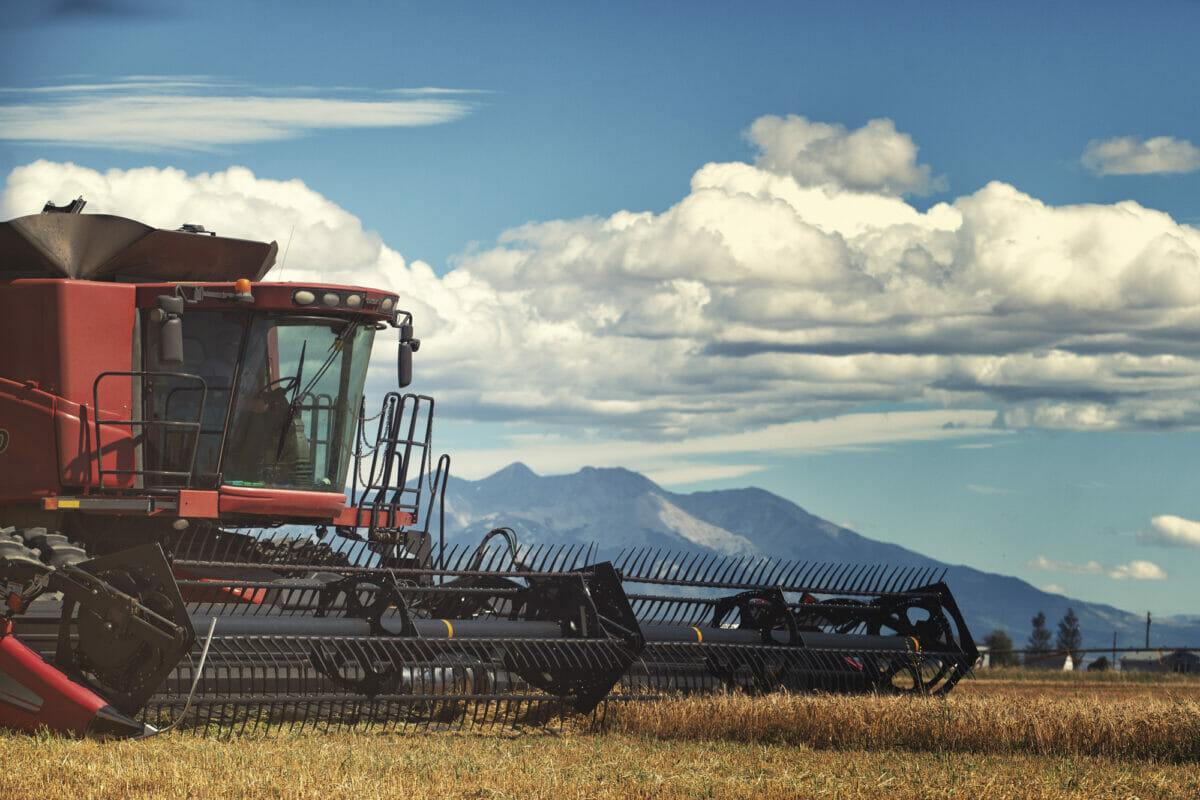 Hot summer days followed by cool nights, along with a nutrient-rich high-pH soil, are aspects that help the Cody family’s grains stand out as a specialty regional product. And while it’s possible to grow the same barley varieties elsewhere, they wouldn’t grow or taste the same due to the unique characteristics of the mountain desert environment of Colorado’s San Luis Valley.

“We talk a lot about provenance or terroir in whiskey,” Laws says. “It starts at the farm with the soil, then moves to the varietal followed by the environment and then the sustainable farming techniques and approach the Codys employ.”

One of the core barriers to using local barley is the higher cost compared to commodity barley. Yet, during the Craft Malt Conference panel, Jason Parker of Copperworks Distilling said that the costs can be transferred to the consumer in a way that benefits everyone.

“If a customer wants that flavor, you can charge them whatever the market will bear,” Parker said.

In a theoretical example, Parker explained that even local barley that costs more than double what a large company offers can be accounted for. This is primarily because consumers are interested in a local product with a story. The market supporting a higher price means the farmers, malters and distillers all have a more economically sustainable income.

[RELATED: A Century After Prohibition, Barley Makes Inroads in the Midwest]

“Distilleries want as much information as possible so they can go as far as putting a QR code where people can see from the bottle where exactly that grain was grown and malted,” Austin Schumacher, co-founder of TexMalt and another panel member at the conference, added.

“Barley [varieties] cannot just be exploited for maximum efficiency and left to die,” Cody says. “Agriculture is about true sustainability. My great grandfather, my grandfather, my father and I farm this ground and my children will also. Five generations on the same soil is proof of true sustainability. To produce quality agriculture, we have to have that type of ownership and love to do what we do. Laws Whiskey House is integral to this.” 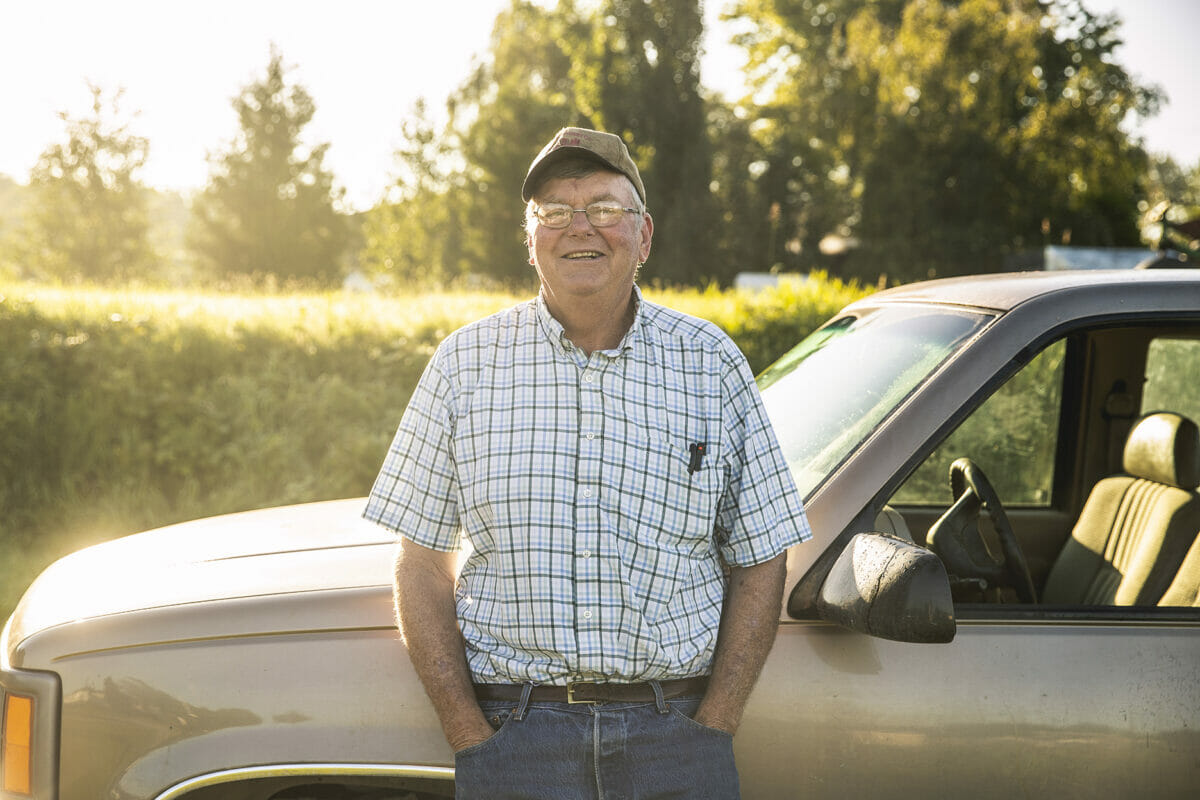 At Hedlin’s Family Farm in Mount Vernon, Washington, the grain crop rotation helped improve soil tilth and break disease cycles, but, “historically, we lose money on our grain rotation without calculating the benefits to the soil into the equation,” says owner Dave Hedlin. “Working with Westland has allowed us to have sufficient margins that [show] barley can stand on its own as a crop.”

In addition to investing in farmers, Westland is investing in research. The distillery created the Barley Fellowship with Washington State University Breadlab to study novel types of barley with unique flavor and colors. 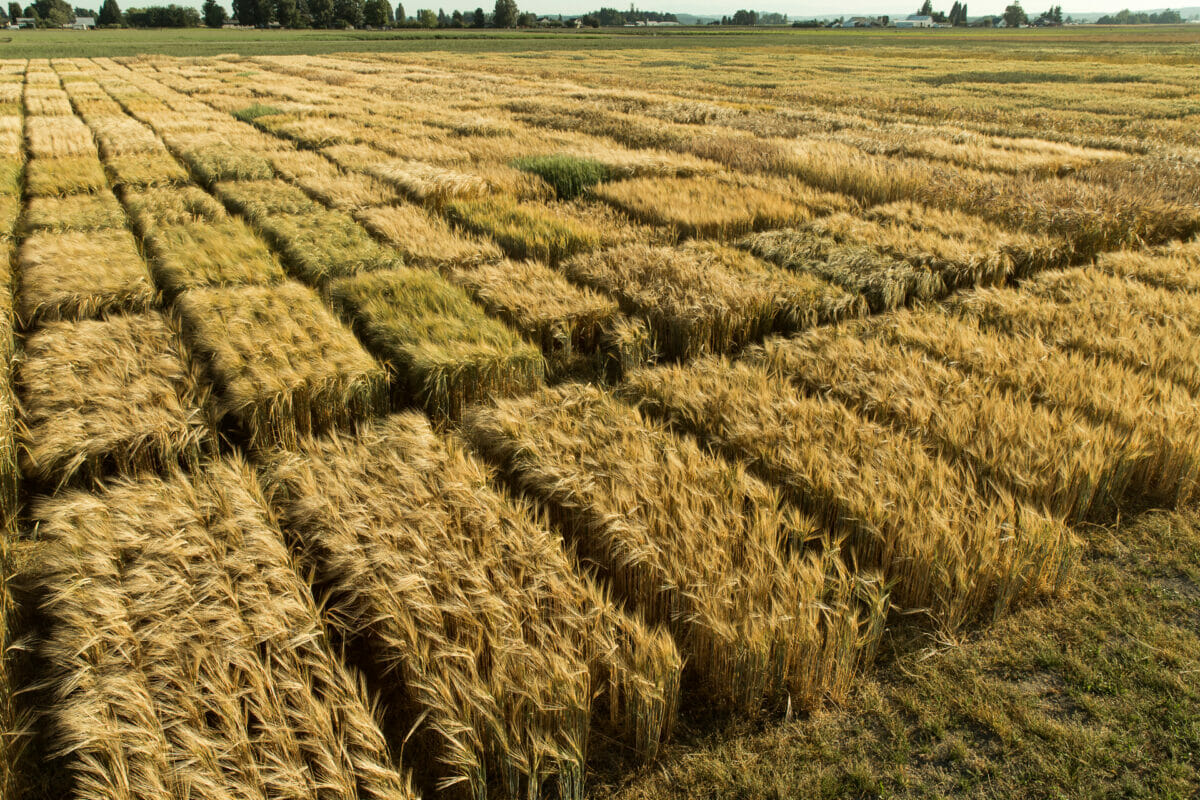 “The biggest challenge for farmers adopting new varieties is obtaining an adequate amount of seed to plant,” says Louie Prager, the first PhD student enrolled in the fellowship program. “Seed availability is a challenge and one of the hurdles we need to get over in order to scale up, allowing more farmers to adopt these new varieties.”

Early American single malt producers have already shown that a farm-first mindset leads to good whiskey that sells well. New research and development will lead to low-input, genetically diverse barley that adds value to crop rotations and isn’t reliant on fertilizer, pesticides and herbicides. Optimized barley grown in additional places would mean more of the crop available to distillers, who could then produce more American single malt.

“It’s once people realize that not only does barley grow here in the US but it actually grows better in many areas of this country than it does in Scotland that the belief in American single malt really takes hold,” Hofmann says.

An excellent book on creating a sense of place with locally grown grains is Rob Arnold’s ‘The Terroir of Whiskey’.

Sounds good to me, even though I don’t drink.

Fantastic information, i did not know bourbon or whiskey was made from corn. Bourbon is not anything I was ever able to stomach, made me sick even to smell it. Great to hear they are there will be new ingredients for bourbon, whiskey. Gives the industry a whole new world of fantastic products, welcome to the age of healthy ingredients, non gmo pesticide and herbicide free.

Popular
Alaskan Salmon Face a Stream of New MinesBecki Robins
7 Smokable Plants You Can Grow That Aren’t MarijuanaBrian Barth
Why Don’t We Eat Turkey Eggs?Dan Nosowitz
Goat Sex: Everything You Wanted to Know But Were Afraid to AskAndrew Amelinckx
How to (Actually) Get Rid of Fruit FliesEmily Baron Cadloff
Explore Modern Farmer
Related
Environment, Food & Drink
Where Has All the Mustard Gone?Chloe Faure
Animals, Environment, Health
To Stop New Viruses Infecting Humans, We Must Protect Bat HabitatAlison Peel, Peggy Eby, Raina Plowright
Animals, Food & Drink, Lifestyle
The Great (Sticker Shock) ThanksgivingLindsay Campbell
Environment, Food & Drink, Water
Egg Whites Could be the Key to Cleaning Our OceansShea Swenson
wpDiscuz
We use cookies on our website to give you the most relevant experience by remembering your preferences and repeat visits. By clicking “Accept”, you consent to the use of ALL the cookies.
Cookie settings ACCEPT
Privacy & Cookies Policy