A recent survey, conducted by Stronger America Through Seafood, found that 84 percent of respondents think it’s important to expand aquaculture in American waters. 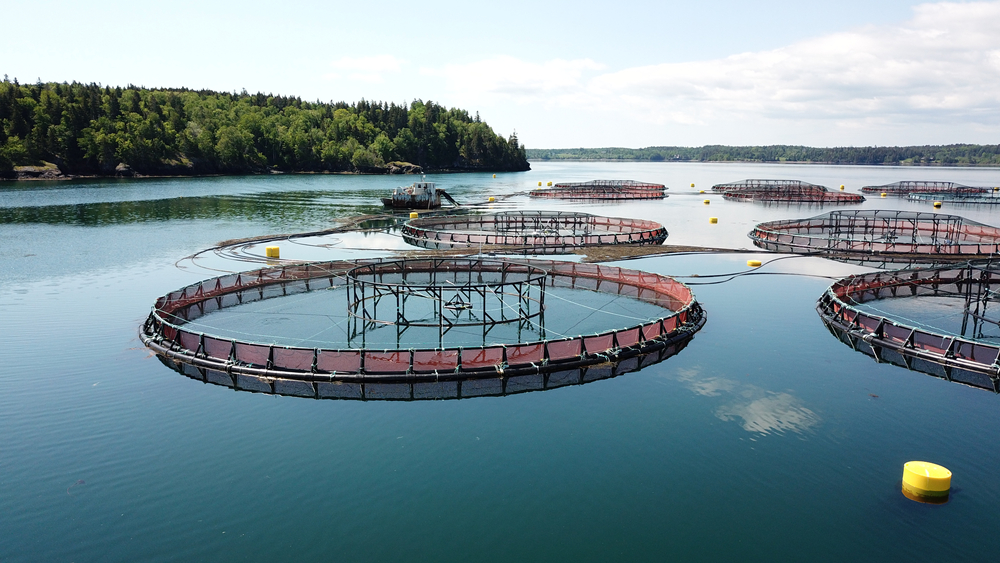 A new survey conducted by an American-aquaculture advocacy group found that the majority of voters support establishing a stronger offshore fish farming industry in the US.

According to the survey, conducted by an organization called Stronger America Through Seafood (SATS), 84 percent of the 1,020 participants found it important for America to expand its seafood production through offshore fish farm growth once learning that many American companies currently build their operations in other countries, taking technology, jobs and revenue overseas.

Aquaculture, simply speaking, is the controlled cultivation of fish or other aquatic life in the water. Aquaculture farmers use large nets in the ocean or, in some cases, freshwater to breed, raise and harvest fish, shellfish, kelp and other organisms.

The organization highlights that America currently imports 85 percent of its seafood, mostly from Europe and Asia, and ranks only 16th in aquaculture production worldwide—facts the organization wishes to see change. SATS’ goal is for the country to have a more clarified policy framework that allows for more American aquaculture production. It says the development of more offshore fish farms would boost not only the country’s supply of sustainable fish but also the economy and labor market.

“Now is the time for Congress to act and put in place federal policies that would establish an aquaculture industry in US federal waters—and the majority of voters agree,” the campaign manager of SATS, Sarah Brenholt, said in a press release. “According to our recent survey, more than two-thirds stated they would feel more favorable towards a member of Congress who established pathways for offshore aquaculture so the US could benefit from the economic and environmental benefits that aquaculture provides.”

With a 2020 executive order, the Trump Administration supported the idea of increasing aquaculture—currently the fastest-growing sector of the food production industry—in the United States. The order called for “more efficient and predictable” permitting for the offshore fish farms, and it claimed that the inaction of policies within the order would “propel the US forward as a seafood superpower,” increase food security and improve American industries’ competitiveness, according to the NOAA.

RELATED: Where to Look for Climate- and Environment-Friendly Seafood

But not everyone agrees that investing in American aquaculture is the way to go. In fact, advocates for sustainable fishing, fishing industry folks and environmental and Indigenous groups sent an open letter to the Biden administration in April, calling on the president to revoke the Trump-era executive order supporting more aquaculture industry in the country.

The letter, published through an organization called Don’t Cage Our Oceans, says the expansion of aquaculture would “contaminate our marine waters with drugs, chemicals, and untreated wastes while creating a breeding ground for pests and diseases.” The letter goes on to outline that pollution caused by the farms could potentially harm wild-caught fish populations, and in doing so, effectively decrease seafood production instead of bolstering it.

Those who signed the letter say that the offshore fish farms may just replace the wild fish population with farms, which they say would not only offer consumers lesser-quality fish but undermine historical fishing communities and their practices.

Popular
7 Smokable Plants You Can Grow That Aren’t MarijuanaBrian Barth
6 Differences Between Llamas and AlpacasAndrew Amelinckx
Move Over, Mezcal. A Sustainable Tequila Alternative Is Taking Over.Hollie Stephens
Why Don’t We Eat Turkey Eggs?Dan Nosowitz
Record-Breaking Egg Profits Prompt Accusation of Price GougingClaire Carlson, The Daily Yonder
Explore Modern Farmer
Related
Features, Food Security, Labor
The Rise of Virtual Farmers MarketsLeah Borts-Kuperman
Features, Personal Essay, Water
The Cold Swim HomeMarcie Callewaert
Environment, Labor, Water
California Farms and Farmworkers Attempt to Recover From Record FloodsNaoki Nitta
Food Security, Labor, news
A New Egg Co-operative Has Hatched in the Western U.S.Lindsay Campbell
wpDiscuz
We use cookies on our website to give you the most relevant experience by remembering your preferences and repeat visits. By clicking “Accept”, you consent to the use of ALL the cookies.
Cookie settings ACCEPT
Privacy & Cookies Policy