Why one Texas dairy farmer is going all in on cow waste. 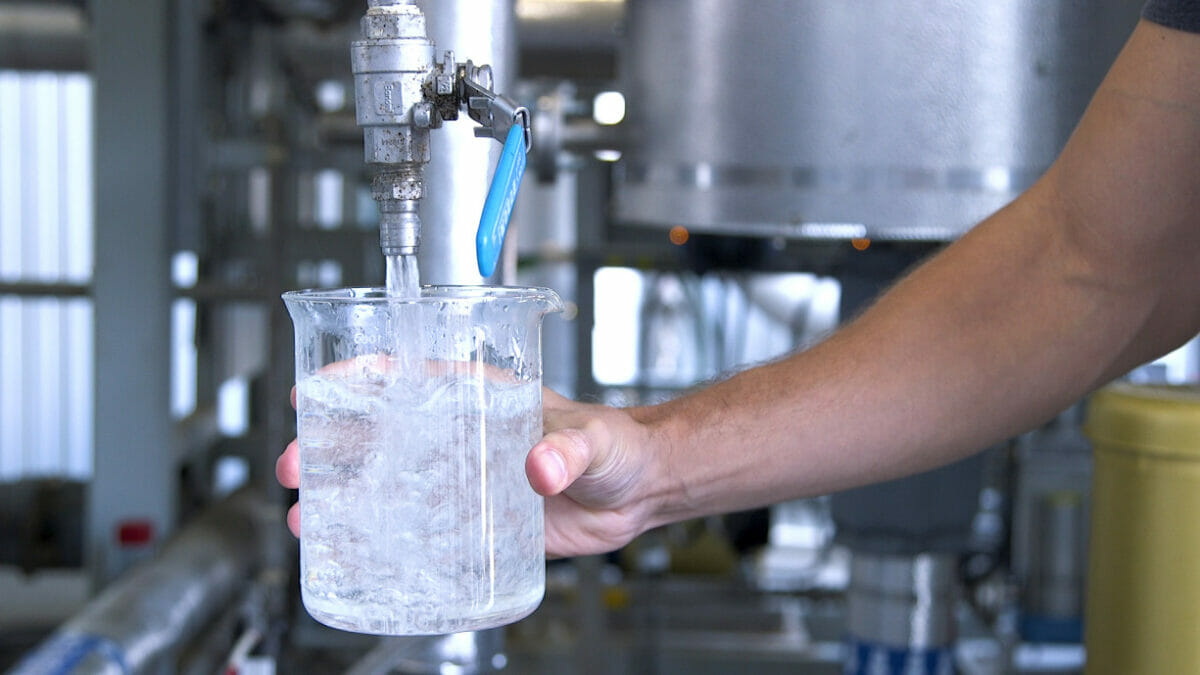 There has to be a better way to do this.

That’s what Donald DeJong thought to himself over and over, working on his farm, Natural Prairie Dairy, in the Texas Panhandle. From sourcing organic fertilizer and trucking it all over his acreage to dealing with weeds and issues with the lagoons that dotted his land, the whole system just seemed inefficient. It needed an overhaul.

DeJong has been a dairy farmer for more than 20 years, with the majority of that time focused on organic dairy. He and his wife started with 800 heads of cattle. Now, they have more than 3,500 cows and have expanded to a second ranch in Indiana. As his business kept growing, DeJong kept coming back to that thought: Is there a better way to do all of this?

“The biggest concern was how do we get a better source of organic fertilizer,” DeJong recalls. Like many dairy farmers, the DeJongs were using lagoons on their farm to safely hold the nitrogen and ammonia that naturally occur in the heaps of manure their cows produced on a daily basis. But letting all of that nitrogen literally evaporate into thin air was frustrating to DeJong. “That’s fertilizer. If we could figure out a way to capture that nitrogen, that was a big motivation.” 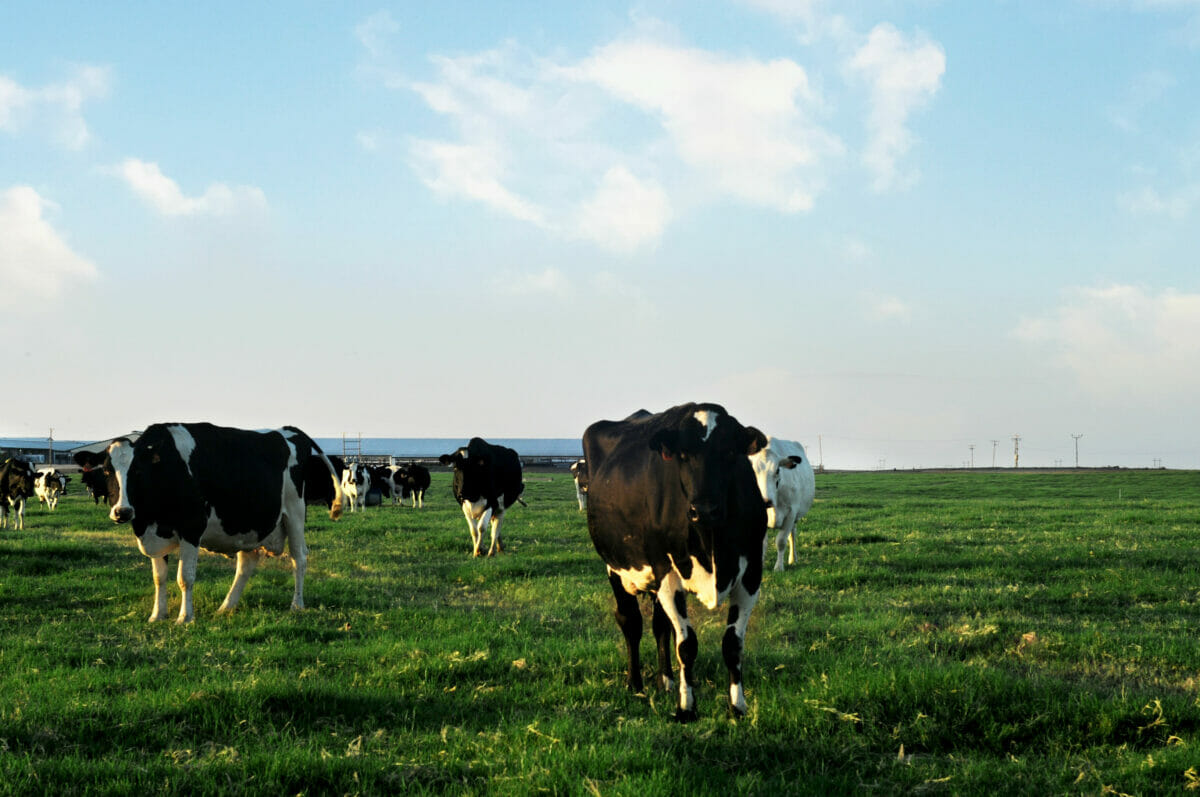 So, DeJong started looking around and found Sedron Technologies. Its Varcor system takes that manure and extracts the valuable nutrients, creating a steady stream of fertilizer and potable water at the same time. He flew to Washington to meet the team, where he found himself in a room full of engineers. “I was taken aback; there were over 20 engineers in that room. And we were talking about manure. I’ve never been in a place with that much brain power in one room, with the ability to say, ‘Let’s solve this,’” says DeJong, who signed on to act as a beta tester, putting the Varcor system to work on his farm.

While DeJong says the machinery can get a bit technical to run, with training, it’s easy to use. The manure goes in one end and water comes out the other. The process should be familiar to dairy farmers that use vapor compression to make dry milk powders.

“The liquid goes in, and we take the large fiber out, as there’s not a nutrition value or fertilizer value there. Then that liquid is heated almost to a boiling point,” explains DeJong, at which point condensation starts to collect. That vapor is captured and recompressed into liquids, creating one stream of distilled water and another of aqueous ammonia. The solids that are left over from the “bake” are a concentrated mix of phosphorus, nitrogen and potassium—the three key components of fertilizer. 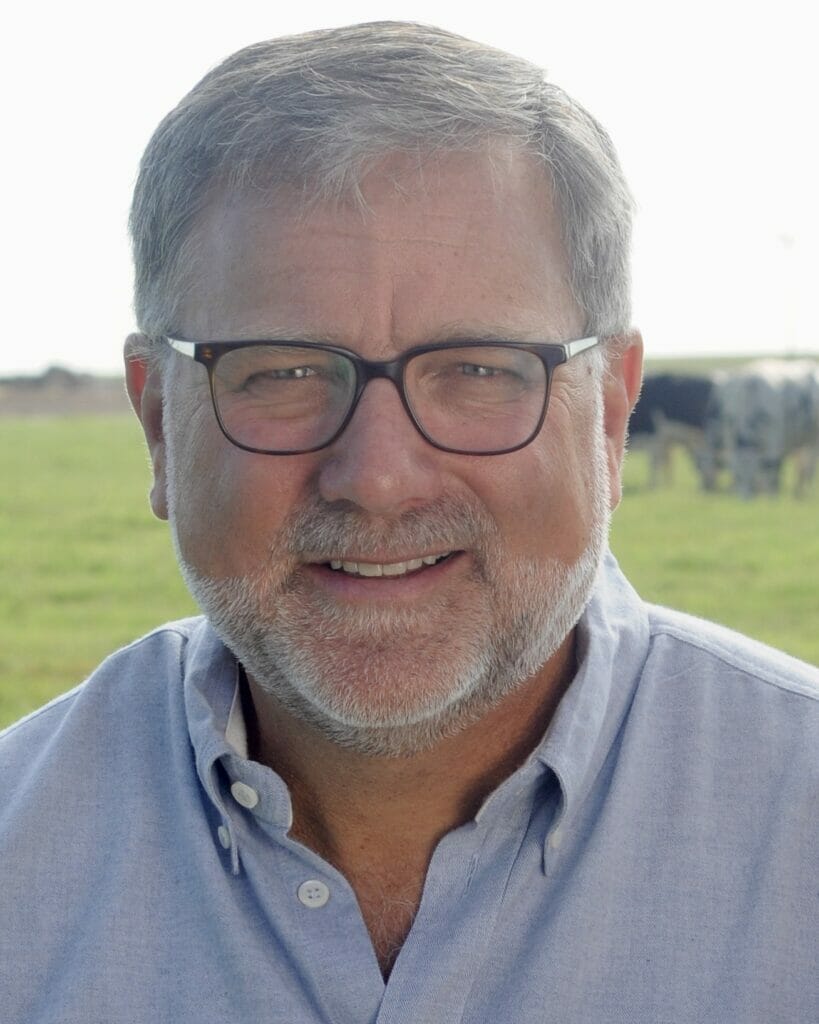 DeJong takes the dry powder and the aqueous ammonia, stabilized with ammonia nitrate, and uses it on his corn and alfalfa fields as concentrated, weed-free, organic fertilizer. In the face of ongoing fertilizer shortages, producing his own nitrogen has changed how DeJong approaches farming. “And then your clean water comes out, too. It’s beautiful clean water, and we’re upcycling all that stuff coming in,” he says. The farmer then uses the water to irrigate those same crops, creating a much more integrated system.

The Varcor system is a big piece of machinery, filling an entire tractor shed. It’s designed for at least a 3,500-head herd and can process about 110 gallons of input a minute. And with a machine that large comes an equally large price tag. DeJong says the initial investment is about $10 million, although he notes that it also comes with maintenance and tech support. 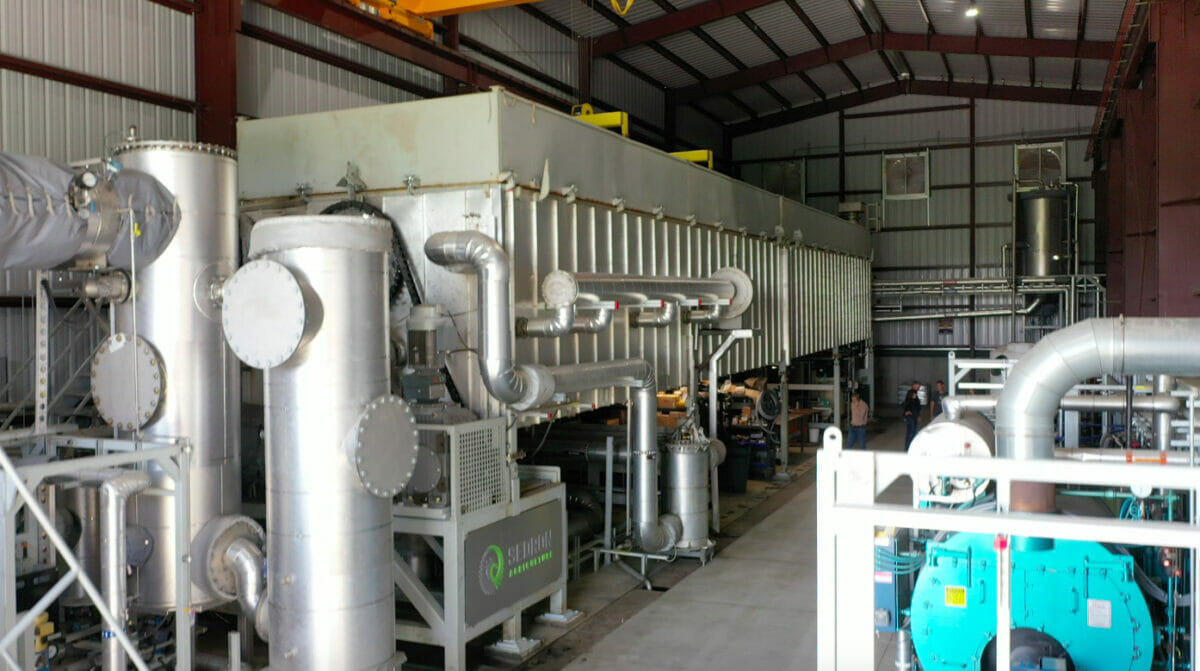 That’s a lot of money upfront for most farmers. But DeJong is so enamored with the system that he and his wife bought a stake in the company that makes it. He believes that being able to use vapor compression on manure to extract clean water and nitrogen concentrates has the potential to revolutionize the dairy industry—especially in the face of detrimental droughts.

“I am so bullish on this. I think it’s going to capture over half of the industry, for sure. You’re going to be looking at swine operations, poultry operations as well,” DeJong says. Right now, Sedron Technologies, along with DeJong as an enthusiastic spokesperson, is looking to set up six more units over the next year, spread out across Indiana, Texas, Wisconsin and Florida. After that, the goal is to  commission a few machines each month.

It’s a tall order, but DeJong thinks that, within five years, this technology will be more accessible to farmers across the country. “It’s scalable,” he says. “And it’s going to transform the backside of animal agriculture for the better.”

I am interested in this concept and eager to know more

Thank you for sharing this amazing idea. I like this idea. Unfortunately, the amount of drinking water in our world is really limited, and I believe that we can somehow make it past the stage. It’s cool that we are starting to extract water from improvised means. This is primarily a question that will directly affect our health with you.

Unfortunately we really don’t know the long term health factor this could cause. Farmers are always looking for a cheaper way to save and they should. However, we really do not know why people are sick with cancers, viruses, and other diseases! Can’t always jump on board with everything, especially without a much thorough, and well established long term study of the effects on human beings. NOPE!!!

I will need to find out more about this and in the meantime be very careful about who and where I buy food; especially if this is the way things are going….too risky!

Best article of the day I read, I appreciate you sharing this information. I will visit your website often.

Unfortunately, the amount of drinking water in our world is really limited, and I believe that we can somehow make it past the stage. It’s cool that we are starting to extract water from improvised means. Seabedee This is primarily a question that will directly affect our health with you.