These Chicken Nuggets Are Anything But Boneless - Modern Farmer
Animals, Food & Drink

These Chicken Nuggets Are Anything But Boneless

In an attempt to make the meat industry more efficient, one company is incorporating pulverized animal bones into foods. 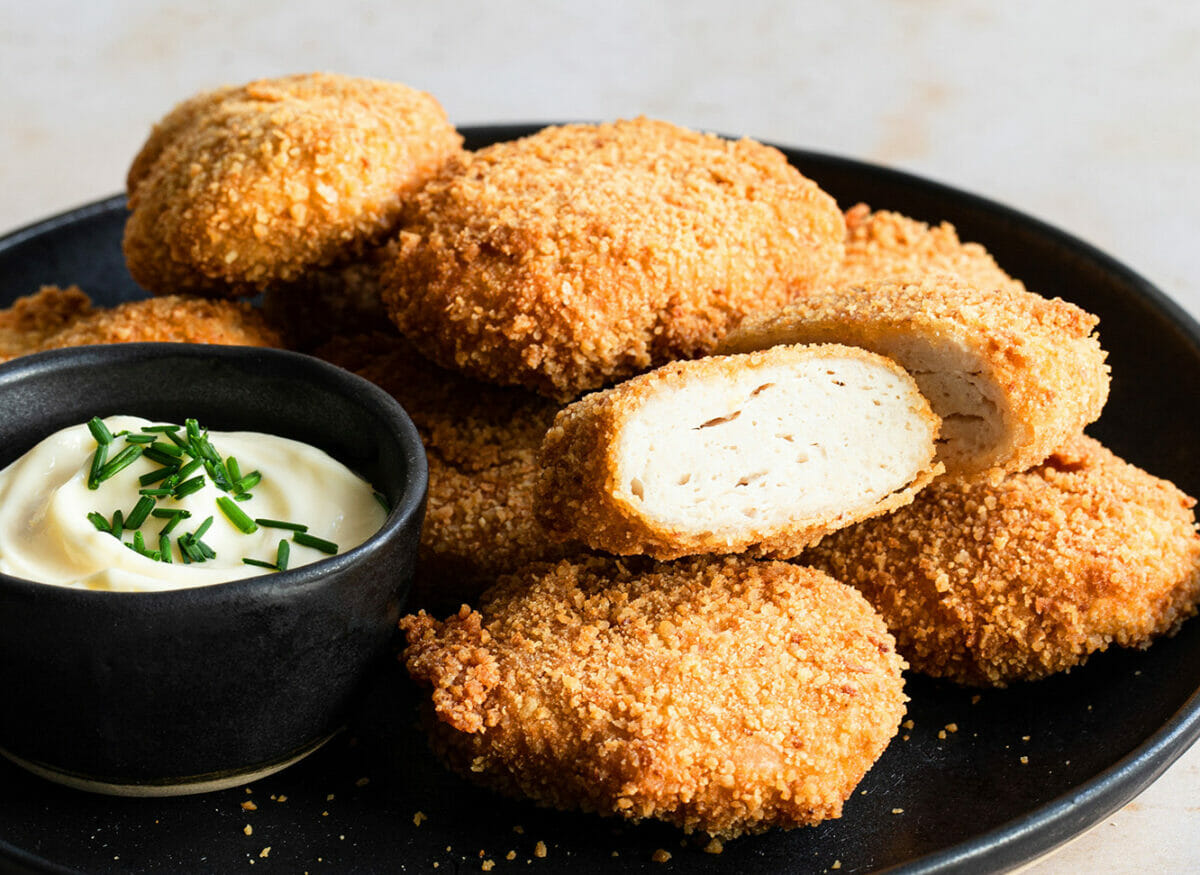 Americans eat a lot of chicken and show no signs of stopping. Since the 1970s, the amount of chicken eaten has steadily risen each year. In 2021, Americans consumed an average of 98 pounds of chicken per person, which totals roughly eight billion chickens a year. Then there are the 1.42 billion chicken wings eaten over Super Bowl weekend alone, as well as the more than 2.3 billion servings of chicken nuggets consumed annually. That’s literal tons and tons of chicken, which also involves a lot of processing—and a lot of waste.

But one Finnish company believes it’s found a way to get 30 percent more chicken from the same animal, cutting down on costs and waste. The answer is simple: bones.

SuperGround, a food technology startup based in Helsinki, has created a production process that breaks down otherwise inedible bones, so the mass can be added to food products such as meatballs or chicken nuggets. “You are creating a lot more food from the same base of materials,” says CEO Santtu Vekkeli, who points out that chicken bones are, nutritionally speaking, roughly equivalent to the meat itself.

The SuperGround process involves high heat and pressure, which first turn the bones soft. It’s not quite a gelatin consistency, Vekkeli explains, but it’s soft enough that you could eat them straight. He says that some people, such as those who hail from countries with cultures of cooking and eating whole bones, will be immediately familiar with the process, although it might be unfamiliar to American palates. Some dishes in places such as Indonesia and many countries in Africa revolve around cooking bones until they are soft enough to eat, and many families have a tradition of eating bones. 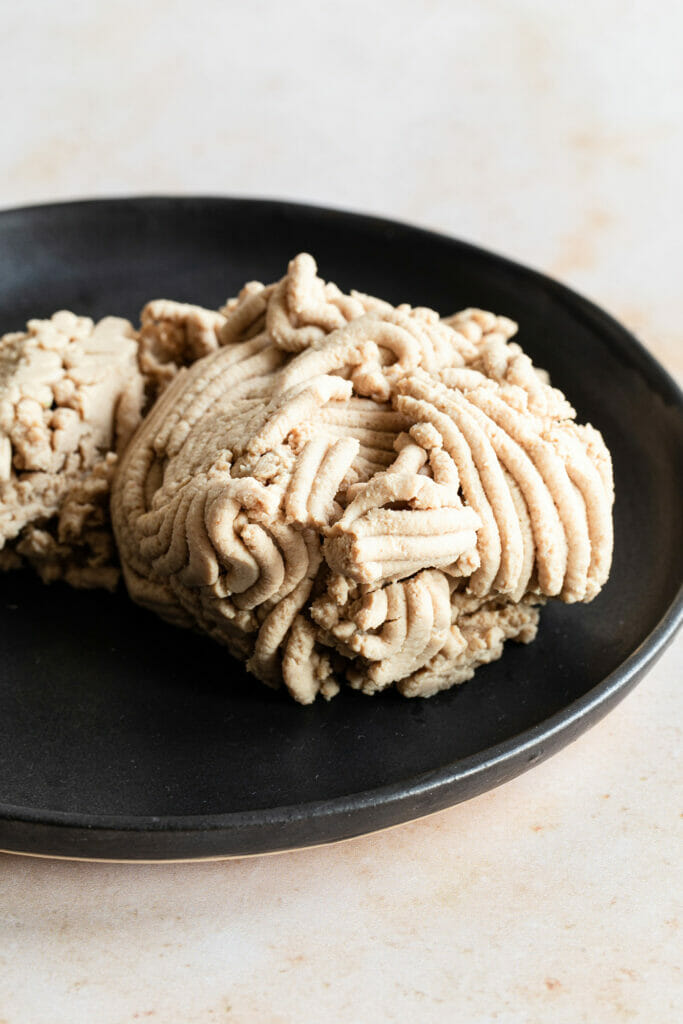 But for SuperGround’s customers, Vekkeli says they’re not gnawing on whole bones but rather incorporating them into foods people already know. SuperGround’s process takes the heated and pressurized bones, then pulverizes the mash into a breadcrumb-like consistency and includes it as an ingredient in foods common to the western palate. The company has come up with a recipe for chicken nuggets that includes ground chicken, vegetable binding agents and about 15 to 20 percent pulverized bone. “You could eat the mass itself, but it has a strong taste of bone marrow, which tastes good, but it’s a new kind of food for most people,” Vekkeli says. But if you mix it with other ingredients at roughly 20 percent, he says there’s no change in the food structure, taste or smell. It’s also a source of additional calcium and collagen, which could help the more than three billion people globally who experience calcium deficiency.

The company started with chickens because of their size, production rates and popularity, but Vekkeli says the technology could be applied to other animals, too. “The older the animal is, the denser their bones are. So, the denser the bones are, the slower the process is, but you can still do it,” he says. With chickens, SuperGround’s unit can process about 100 kilograms per hour, and those metrics would change depending on the protein source.

Exactly how this technology can be used is a question Vekkeli and the SuperGround team are fielding from potential customers (food companies and processors, not home cooks), many of whom they are inviting directly to Finland. “When you have something that is a bit revolutionary, you really have to show it to people and let them try it. That’s the easiest way to learn,” says Vekkeli.

Now, the company is ready to make its first sales. Vekkeli says it is still at the whim of the supply chain shortages, meaning that shipping units out might be slower at first. But once it does, Vekkeli says, he hopes the technology will have a big impact—big enough to change the chicken industry entirely, especially as it seems Americans’ love of chicken isn’t slowing down any time soon.

“We are making it more efficient, in the financial and industrial way, but also in the environmental way. We are bringing the efficiency of modern poultry farming to the level of 100 years ago, in a way that uses the whole animal,” says Vekkeli. “If we want to actually improve the efficiency of the sector, we have to do this right now.”

Unless there’s a way to get around ingredient labeling, I suspect this will have a hard start in the US. I know about half my family would balk at trying ground bone even if it is mixed with meat. Of course the other half of the family would eat it just to make the first half squirm. If it could be labeled just “ground chicken” it would probably be marketable. Personally, I’m all for it. I already gnaw the cartilage and ends of the bone (beef pork, lamb, etc too) and break them to eat the marrow. I get some… Read more »

Good way to use more of the carcass and get more calcium, especially for those who don’t consume enough dairy products.

Good to add to the proportion of edible food from chicken. More and more such efforts are welcome.

Related
Food & Drink, Plants
The Best Alternative Grain Flours to Have in Your Pantry—If There’s Enough...Pearse Anderson
Food & Drink, Plants
When Sharing Seeds Grows More Than Just FoodShea Swenson
Lifestyle
How to Map the Sounds in Your Garden (And Why You Should)Bridget Shirvell
Animals, MTMF
Meet the New York Dairy Sisters Showcasing Real Life on the FarmShea Swenson
wpDiscuz
We use cookies on our website to give you the most relevant experience by remembering your preferences and repeat visits. By clicking “Accept”, you consent to the use of ALL the cookies.
Cookie settings ACCEPT
Privacy & Cookies Policy