The Untapped Potential for Urban Agriculture in Detroit - Modern Farmer

The Untapped Potential for Urban Agriculture in Detroit

The city is home to more than 100,000 vacant lots, which could be used to plant more urban gardens. 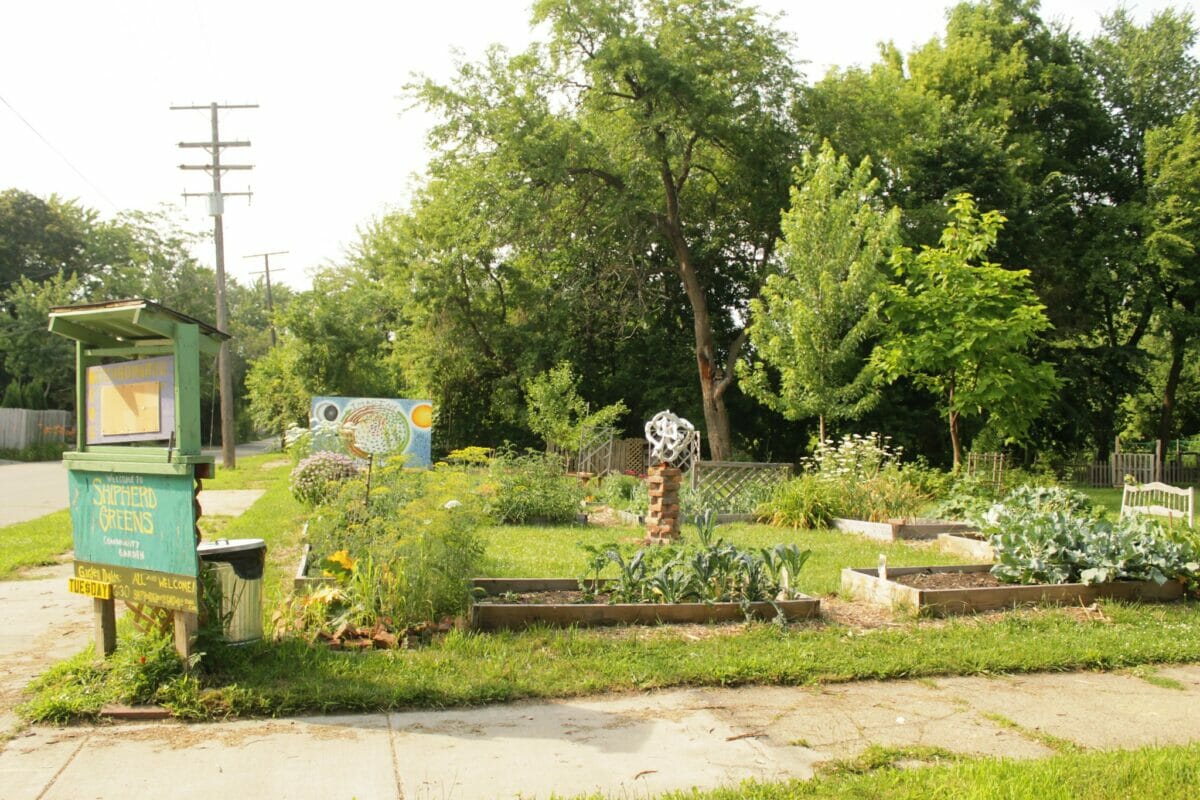 Detroit is home to nearly 1,400 community gardens and farms, which have helped provide fresh produce for residents in one of the most impoverished cities in the nation. But are they all planted in the right places? As a new study shows, there’s still plenty of untapped potential for urban agriculture in the city.

According to the study, published in the urban policy and planning journal Cities, reinventing publicly owned vacant lots and turning them into urban agricultural space would mean the city could produce a large portion of its annual fruit and vegetable consumption. Detroit could meet 75 percent of its vegetable demand and 40 percent of its fruit demand by utilizing the vacant lots for growing produce, according to research conducted in 2010. Despite this potential, the University of Michigan-led study found that little of that land is currently used for urban gardening.

For the study, researchers focused on Detroit’s Lower Eastside—a 15-mile radius that accounts for about 10 percent of Detroit’s overall land. It is also the area with the highest vacancy levels in the city. The region borders the Detroit River and includes the Indian Village, Jefferson Chalmers and East Village neighborhoods. The large majority of residents in the area, approximately 95 percent, are minorities.

Detroit’s potential for agricultural development is high, with more than 100,000 vacant lots, the equivalent of 23 square miles or about the size of Manhattan. And urban farms can offer residents many benefits.

Increased access to fresh food is an obvious plus, as other studies have shown that yields on urban farms are comparable to those of conventional small-scale farms. Urban gardens also assist in reducing stormwater runoff, improve community cohesion and play “an important role in reducing neighborhood blight,” according to the study.

As part of the study, researchers conducted 15 interviews with residents of Detroit’s Lower Eastside, who pointed out more nuanced advantages of urban gardens.  “These interviews show that urban agriculture is multifunctional. It’s not just providing food to surrounding communities, but rather a whole suite of social and environmental benefits,” said co-author Sara Meerow of Arizona State University.

One interviewee told the researchers that “an urban farm really becomes a platform for reconnecting the broken pieces that make up Detroit.”

Researchers found that scaling up the amount of land used for urban agriculture would be most effective if the city dispersed the gardens across the area, as opposed to clustering them all in one location. This, they say, would help mitigate the gentrification that often follows increasing green space in an area and would provide the most benefits to the largest number of people.

The logistics of the study included collecting land-use data between 2010 and 2016, and recording the changes over the years. In 2010, the Lower Eastside was home to 53 gardens, about 4.8 acres in total. By 2016, the number had increased to 89 gardens totaling 6.2 acres—less than one percent of the vacant land. The researchers are still analyzing the region’s urban gardens, and in a 2019 study that has not yet been published, they found the new number of gardens increased by only 13, amounting to a total 102 urban gardens for that year.

Correction: An earlier version of this story misstated the percentage of suitable land planted with urban gardens.

Believe one concern of urban gardening would be theft of the produce. Can’t watch an urban garden like you can watch a home garden.