A new two-year study found the yield and quality of produce grown on urban farms is comparable to conventional farming. 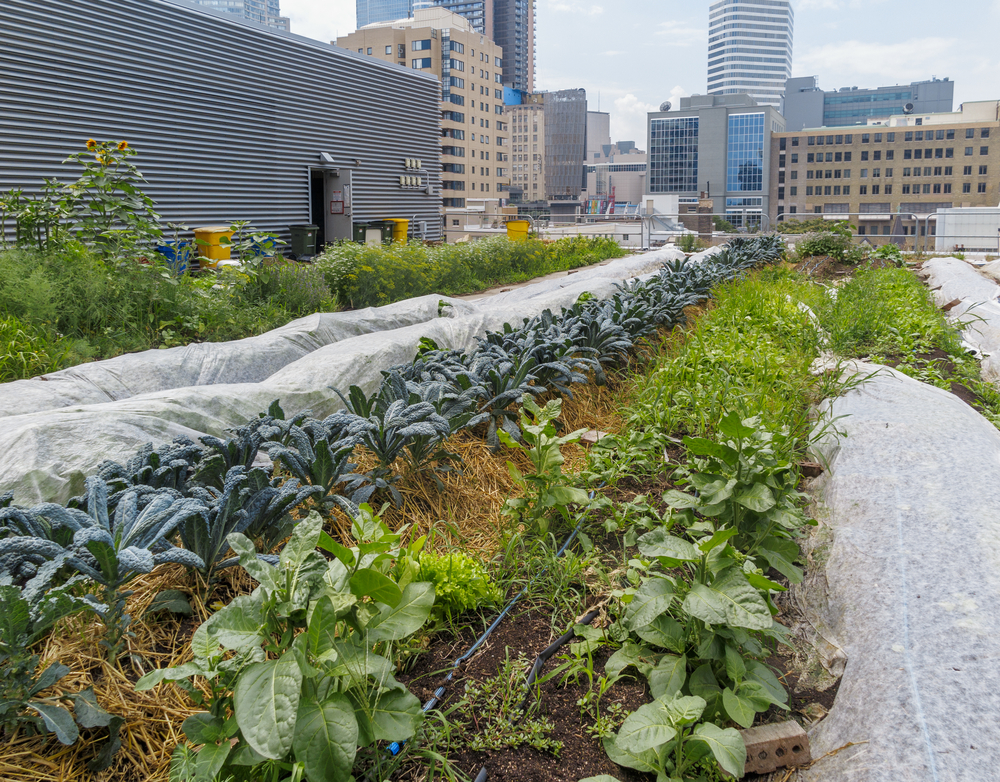 City-dwellers use any scrap of land—or roof—they can find for gardening.
Photography by Alison Hancock, Shutterstock.
Share
Tweet
Pin
Email

Urban farming has gained some niche recognition over the past decade or two, as tools like vertical indoor farming have joined more traditional shared plots and backyard vegetable gardens in cities. But how efficient is it, in terms of actually supplying food for people?

A new study from the University of Sussex conducted a two-year survey of urban farmers in Brighton and Hove, neighboring seaside towns in England with a combined population of around 300,000. A total of 34 people were surveyed on their yields, some using backyards, others using community gardens, balconies and other ways that urban gardeners squeeze in space for growing crops.

On average, the farmers were able to harvest about one kilogram of fruits and vegetables per square meter of land, which is on the low side for small-scale farmers, according to one Rutgers University study. But it is still roughly comparable to small farmers, and the Sussex researchers do note that some spaces were far more productive, up to 10 kilograms per square meter—depending on the skill, experience and specific crop choices of the home gardener. It’s also worth noting that those 34 were the minority of those who actually reported their findings; 160 originally signed up to do this, and it seems sensible that only the most serious gardeners would file their reports.

RELATED: This Urban Farm Is Small But Mighty

Urban farming has been studied in the past, with similar findings. Small-scale urban gardeners tend to have surprisingly high yields, use much less pesticide and fertilizer than commercial farms, and are very efficient in their use of small spaces. But they’re also extremely inefficient in their use of materials (like inputs) and labor. A home gardener laboring over a few Swiss chard plants might get pretty good results, but the cost of those plants—which were maybe bought as seedlings and are more expensive than seeds—means that the overall efficiency is not especially high.

This new study focuses on the upside: high yield, high-quality crops. But there’s an equally interesting extra component here. The researchers also asked the respondents to mark down pollinators they found, and they found a lot, somewhere around 2,000 pollinators. It isn’t particularly likely that urban farming, especially in those very dense cities where space is at an extreme premium, like New York City, can make any holistic dent in food security. But the pollinator aspect is fascinating and urban gardens could provide a lifeline for pollinators that would otherwise struggle.

You can do a lot in a fairly small space, whether urban or rural!