The Oregon Maple Project is one group dedicated to bringing sugaring out to the West Coast. 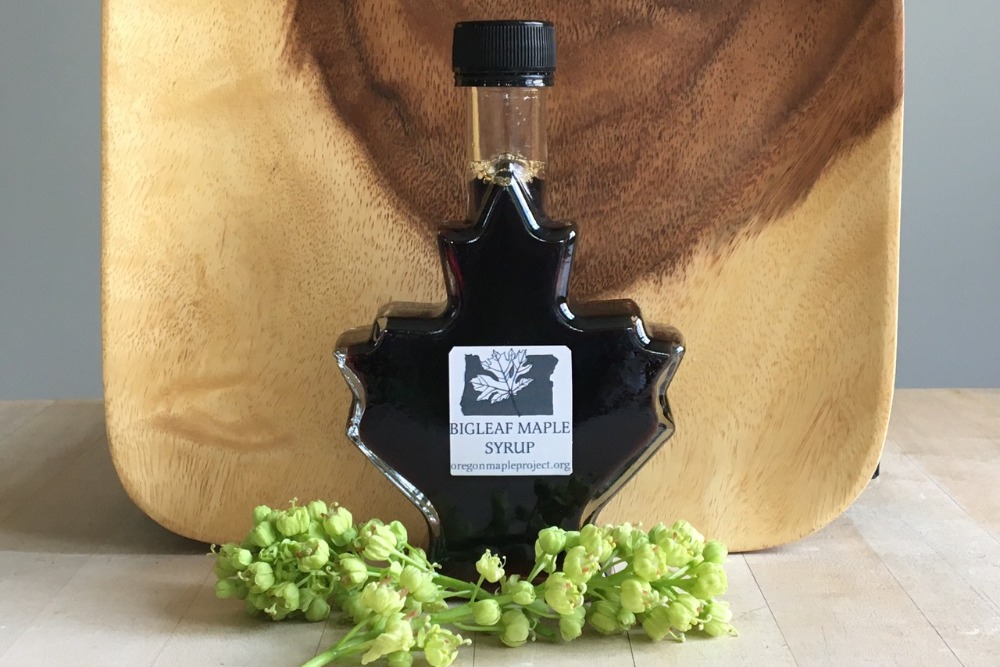 Bright. Buttery. Mossy. Sweet potato-ish. These are all tasting notes that Eliza Nelson has heard when people taste her West Coast maple syrup for the first time. “Most people have never tasted it or even heard of it. Even in the northwest, it’s a really new experience,” Nelson says. “It’s got more robustness; it would be closer to a really dark amber maple syrup. It’s a really beautiful taste.”

And yet, so many people have never tried maple syrup from the West Coast, as its production is mainly concentrated on the East Coast, with Quebec producing about 75 percent of all maple syrup in the world. In the US, Vermont cranks out half of the country’s maple syrup, with smaller producers across the Northeast left filling in the gaps.

Noticing a lack of awareness of the tradition in the Pacific Northwest, Nelson founded the Oregon Maple Project. The nonprofit organization introduces folks to the beauty of sugaring, the art of making maple syrup, from maple trees native to the area. 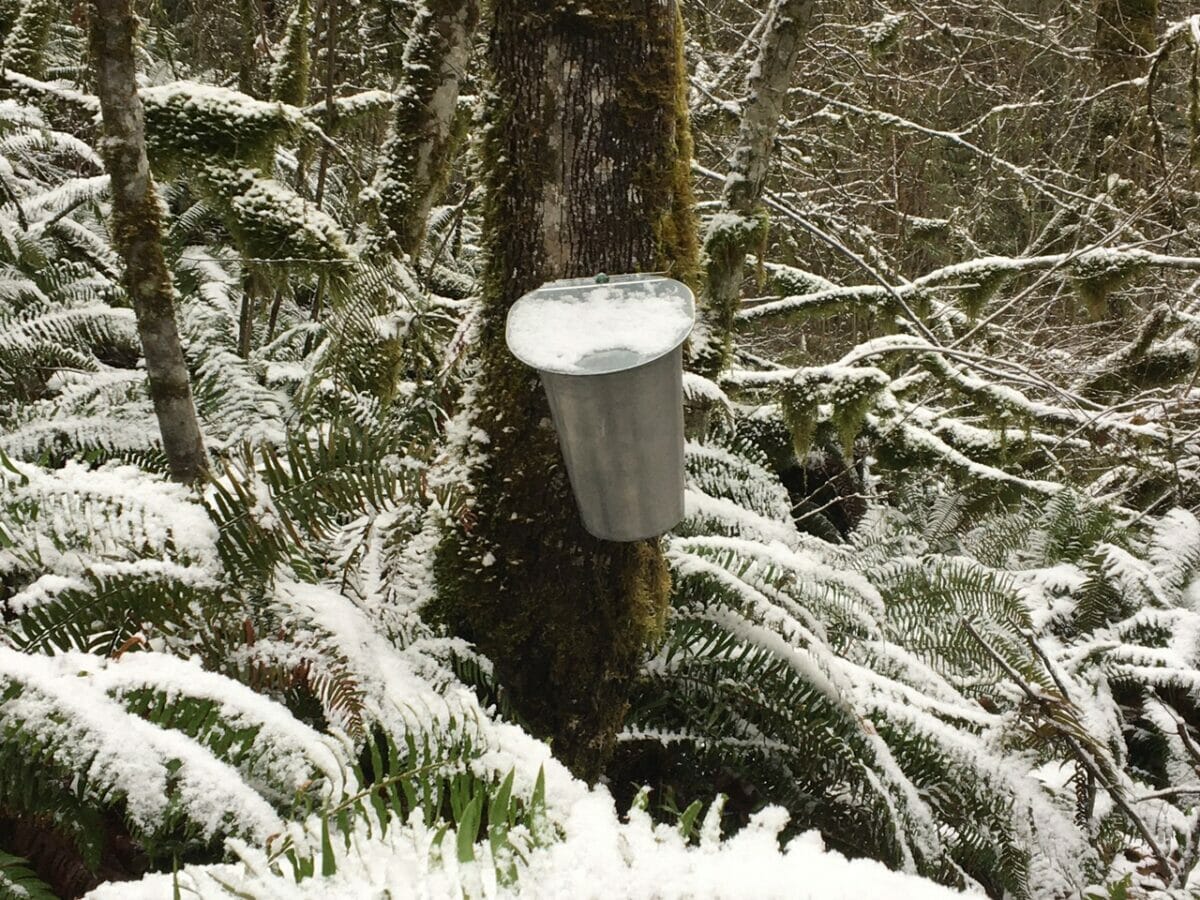 Rather than the sugar maple, which is abundant along the East Coast, there are three maple species native to the northwest, the most productive of which is the Bigleaf maple (Acer macrophyllum). With deeply grooved bark and enormous leaves, the trees pop up all through the northwest and into Canada, banking streams and wetlands. They’re also great sap producers, which Nelson and her team take advantage of.

The maple syrup-making process is roughly the same on both coasts, but with a few key differences—mainly time. Producers in Oregon have a much longer season to gather sap, but they have to act quickly, looking for days with below-freezing temperatures. Although they can tap trees starting in November and continue all the way to March, perfect weather conditions are intermittent. “The challenge is to get enough sap from one weather pattern. To boil it, you need several hundred gallons of sap to run the evaporator efficiently. Or, we could freeze it and store it until we amass enough,” Nelson says. That’s why, unlike her counterparts on the other side of the country, freezer space is key for Oregonian syrup producers.

It also takes more time to boil. Sugar maple sap has a ratio of about 40 to one, meaning it takes 40 gallons of sap to make one gallon of syrup. But bigleaf maple sap has an 80-to-one ratio, which means Nelson isn’t looking at this venture as a big money maker just yet. “This year, we have made eight gallons of syrup,” she says with a laugh. But that’s just enough for the Oregon Maple Project (OMP). 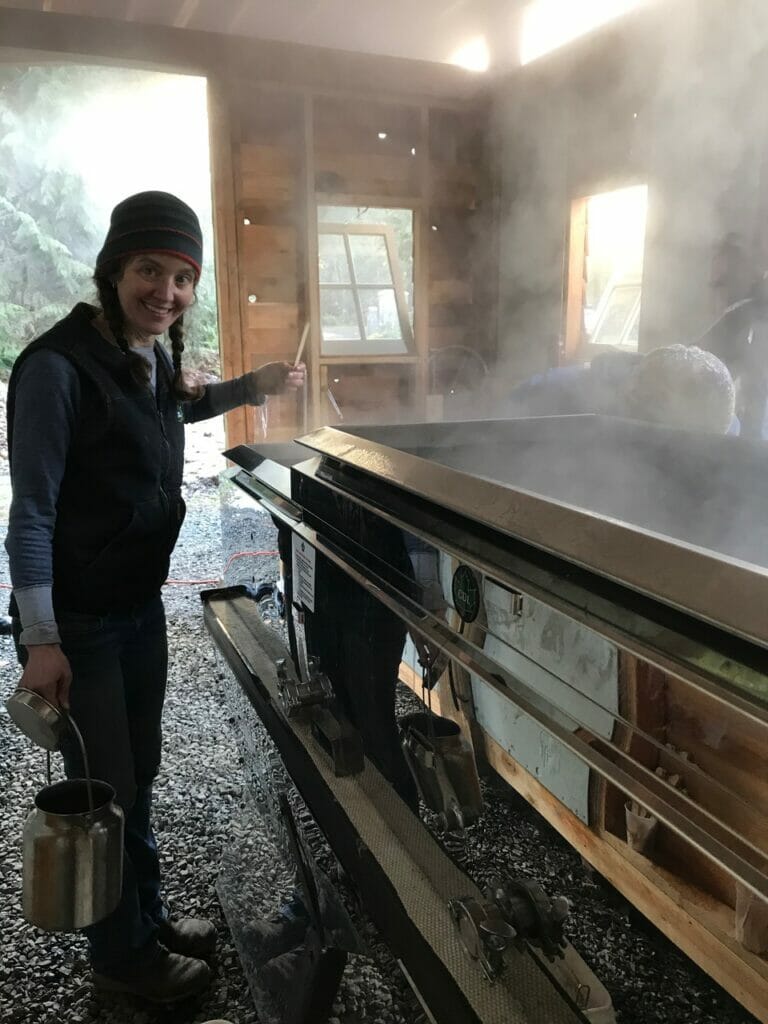 Nelson founded the OMP in January 2020, not knowing what would happen shortly afterwards. But the pandemic turned out to be a blessing in disguise for the former school teacher. “It was actually a really safe thing to be doing during COVID. We were always outdoors…we’re always out in the woods. So, even that first winter, we had a lot of visitors and we wore masks and had a great time,” she says.

The nonprofit is run by volunteers, who teach workshops on sugaring to property owners or school groups. They collect sap around the 85 acres of Camp Colton, a former summer camp that now hosts events and houses community groups like theirs. They tap trees with traditional buckets and spiles, as well as plastic tubing. “Everybody loves running from bucket to bucket to see what the tree is doing,” Nelson says, although they do plan to scale up the tubing system to bring more trees into the production line next year.

Even as they grow, Nelson still sees this venture as a teaching opportunity, rather than a profitable business. The OMP is a chance to grow the awareness of bigleaf maple syrup, as well as reach out to folks in the local food movement or people interested in community-supported agriculture. And there are others in the industry who are making a business out of bigleaf syrup. Producers in Washington and British Columbia are coming on the scene, and an annual festival on Vancouver Island always draws a crowd (although the meetup has been canceled during the pandemic).

While the community of maple syrup producers remains small on the West Coast, Nelson says it’s a passionate group and growing every day. That’s enough for her. After all, she founded her organization to focus as much on discovery and forest adventures as the syrup itself. As someone captivated by the nature surrounding her home, Nelson wants to share it as widely as possible. “It’s been such a delight,” she says. “There’s something about being nourished by a tree. Whether it’s a child, parent, a grandparent, from any background, when they can see sap dripping from a maple, they just light up.”

West Coast maple producers will never compete with the likes of Quebec and Vermont, but that’s not really the point. Producers such as Nelson are here to make their own distinct product and showcase what their trees can do. Rather than crowd one another out of the market, there’s space for all to shine, just like the trees themselves. Whether bright and mossy or rich and fruity, maple syrup is accessible everywhere. For people like Nelson, that’s pretty sweet.